Two Arizona legislators are readying bills that experts say would likely end up in court if passed. by Christopher Conover TWEET SHARE 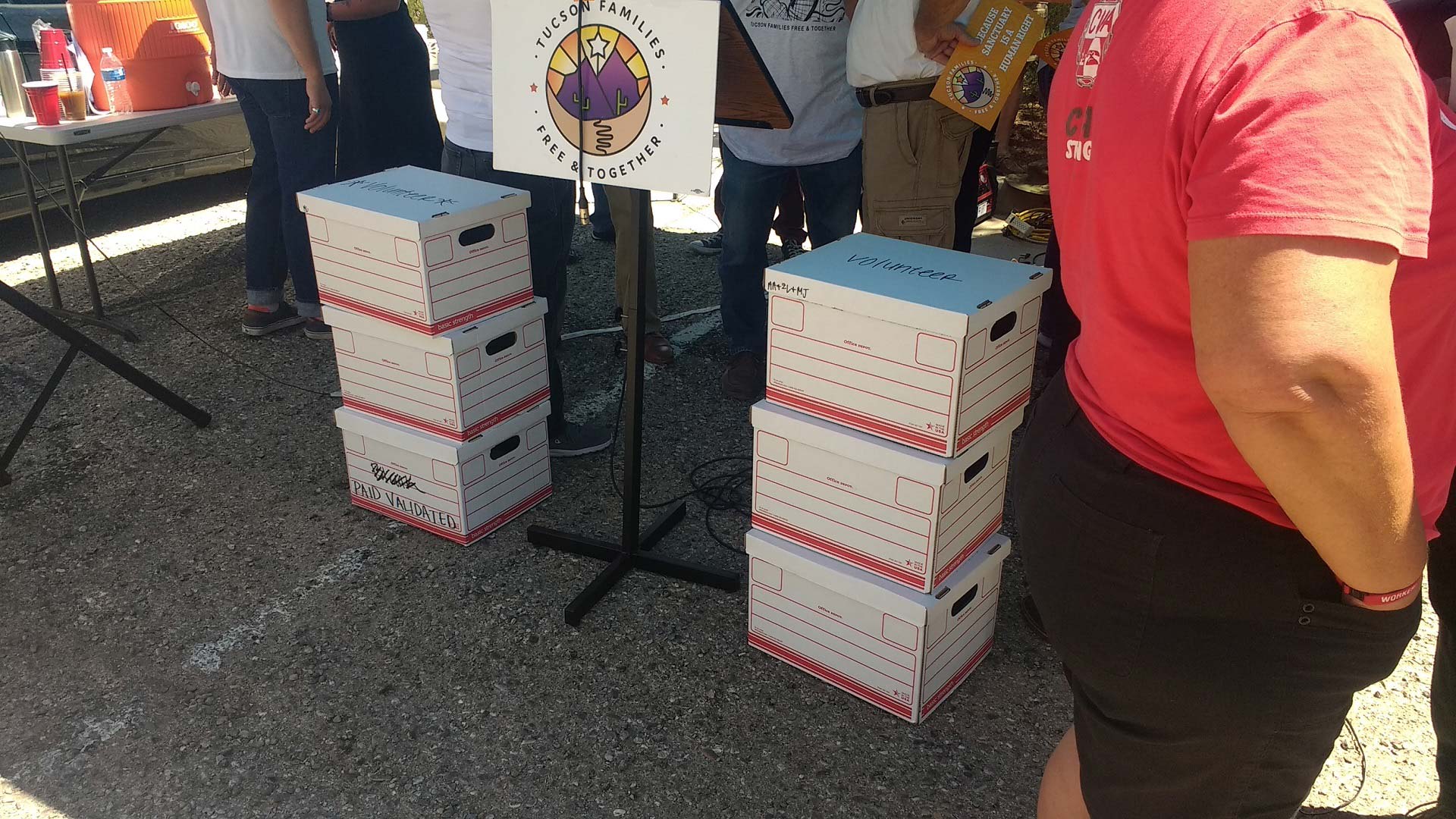 VIEW LARGER Boxes containing petitions collected by the People's Defense Initiative were displayed on July 3, 2019, before the group submitted them to Tucson city officials.
Steve Jess/AZPM

Kavanaugh's bill would allow the city to be sued by crime victims if the person who commits the crime is in the country illegally. Lawrence's proposal would specifically prohibit sanctuary cities in Arizona.

Neither bill has been filed in the Legislature at this point.

Legal experts say if the Legislature were to pass the laws, they would assuredly end up in court.

The first legal question is whether or not the Legislature can punish Tucson's city government by withholding funds or another type of sanction if the law is passed by voters and not the local government.

The Arizona Constitution includes strong protections that make it difficult for the Legislature or a local government to change a voter-passed law.

Arizona sanctuary city ban dies in the Legislature DOJ sanctuary city crackdown won't impact Arizona cities, US attorney's office says Lawsuit: Tucson city leaders trying to influence sanctuary city vote
By posting comments, you agree to our
AZPM encourages comments, but comments that contain profanity, unrelated information, threats, libel, defamatory statements, obscenities, pornography or that violate the law are not allowed. Comments that promote commercial products or services are not allowed. Comments in violation of this policy will be removed. Continued posting of comments that violate this policy will result in the commenter being banned from the site.