The proposals are reigniting concerns brought up by a failed plan years ago to build a gondola into the Grand Canyon. by Felicia Fonseca, Associated Press TWEET SHARE 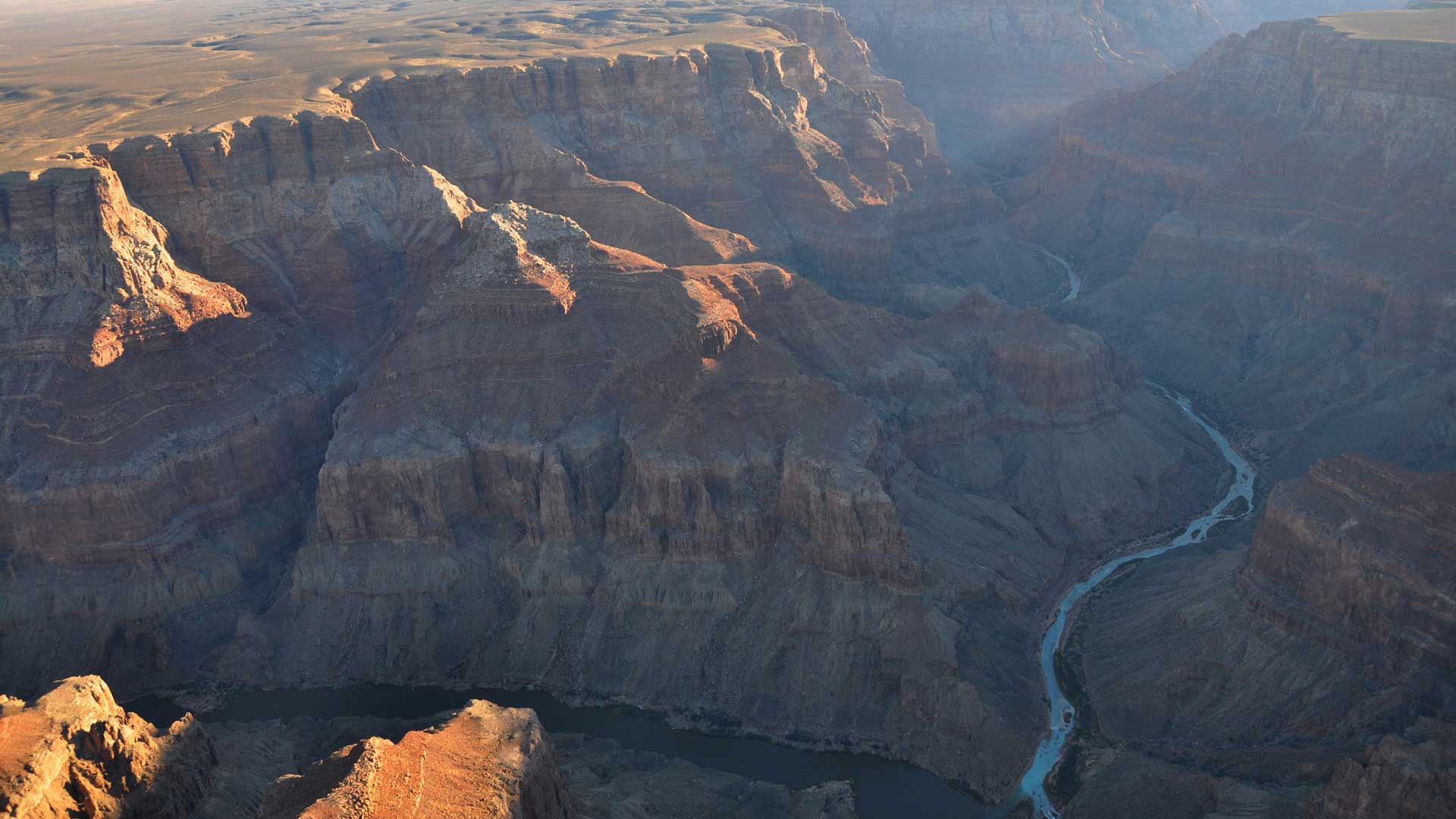 A view looking east with the confluence of the Little Colorado and Colorado rivers below, November 2010.
National Park Service/Flickr

FLAGSTAFF — The Little Colorado River cuts across the northeast corner of Arizona, emptying its waters into the much-larger Colorado River after a more than 330-mile journey.

Few people wander in the remote region where it crosses the Navajo Nation, aside from river rafters traveling through the Grand Canyon, tribal members and occasional hikers.

That solitude in a lonely stretch of desert would be pierced by workers, roads and possibly more tourists if a long-term plan by a recently formed Phoenix-based company that wants to put in dams for power generation comes to fruition.

The proposals are reigniting the same concerns brought up years ago with a failed plan to build a gondola to ferry people into the Grand Canyon on the Navajo reservation: protecting tribal sacred sites, endangered fish and serenity.

Pumped Hydro Storage LLC is seeking approval from the Federal Energy Regulatory Commission for preliminary permits to study the sites east of Grand Canyon National Park over three years. None of it will move forward without permission from the Navajo Nation.

Navajo President Jonathan Nez said he's been briefed by tribal economic development officials about the proposals to create four reservoirs — two of which would be directly on the Little Colorado River — but hasn't talked with anyone from Pumped Hydro Storage.

"With any project or proposal that is presented to the Navajo Nation, we weigh the pros and cons in terms of employment opportunities, economic development, water resources, environmental impact and other factors," Nez said. "We are ever mindful that we must respect our environment. The local Navajo communities must be informed, and their voices must be heard."

A public comment period on the permit applications runs through Nov. 22.

The largest of the reservoirs would be northeast of Grand Canyon National Park with a smaller reservoir to the south. Together, they'd store more than 30,000 acre-feet of water and produce 3,200 megawatts of energy sent to an existing switchyard near the Navajo community of Cameron, although transmission lines would have to be extended, according to documents filed with the Federal Energy Regulatory Commission.

The other facility would use less than half that amount of water and produce 1,500 megawatts of energy.

Steve Irwin, manager of Pumped Hydro Storage, said the two projects could lead to paved roads, potable water and electricity to the area, an access tunnel to the Little Colorado River for tourism, jobs for tribal members, and billions in investments and economic impact to the Navajo Nation and Arizona.

Water, engineering, geology, environmental and cultural studies would take up to three years and cost up to $18 million, according to the company's filings.

The proposals don't mention the Hopi Tribe or an area Hopi believe their ancestors emerged from called the Sipapu. Tribes also consider the place where the Colorado and Little Colorado rivers meet sacred. The neighboring Navajo and Hopi tribes have an intergovernmental compact that allows members of each tribe to access the other's land for religious purposes, and Hopi Vice Chairman Clark Tenakhongva said he expects that to be respected.

He said he first heard about the proposal for dams on social media, and it kept him up most of the night.

"They've done enough damage with the big Colorado River, yet something like this proposed is just mind-blowing," he said. "We just closed one segment of what they say is harm to the environment. This is more harm."

The Navajo Nation Council delivered the final blow to a project two years ago to build an aerial tram to take paying tourists to a riverside boardwalk in the Grand Canyon on the tribe's land in the general area where the dams are being proposed.

Pumped storage works by moving water between an upper and lower reservoir to make power when the demand is high. The Federal Energy Regulatory Commission issued many of the licenses for such projects that often are tied to existing generation stations about 30 years ago, the commissions said.

The hydropower industry is seeing a renewed interest as states increasingly turn to wind and solar, and they need a way to supplement energy when the sun's not shining and the wind's not blowing. Most energy storage comes from pumped storage projects, according to the U.S. Energy Information Administration.

"You have tens of thousands of megawatts of both those resources coming on line, and they are variable generation. You need a resource that can respond quickly to some of the big swings, ramp ups and ramp downs throughout the day, and pumped storage can do that," said Jeff Leahey, an executive vice president at the National Hydropower Association.

Irwin said it's unlikely both facilities will be built on the Navajo Nation. Construction wouldn't start for about 10 years if the projects ultimately are licensed.

"The humpback chub is the first major obstacle we see for this," Irwin said.

Roger Clark of the Grand Canyon Trust said he and other environmental groups are keeping a close watch.

"In the last 100 years of Grand Canyon's history, a number of proposals ... even a few of them that seem crazy, have been accomplished," he said. "We have to take it serious. It's part of a national move to pumped storage."

Clean energy produced on Navajo land could help power Los Angeles Opponents of proposed copper mine speak out about threat to Oak Flat Conservationists: Oil drilling plan doesn't do enough to protect Chaco
By posting comments, you agree to our
AZPM encourages comments, but comments that contain profanity, unrelated information, threats, libel, defamatory statements, obscenities, pornography or that violate the law are not allowed. Comments that promote commercial products or services are not allowed. Comments in violation of this policy will be removed. Continued posting of comments that violate this policy will result in the commenter being banned from the site.