The project is meant to support the health of the river following decades of agricultural pumping. by Ariana Brocious Tweet 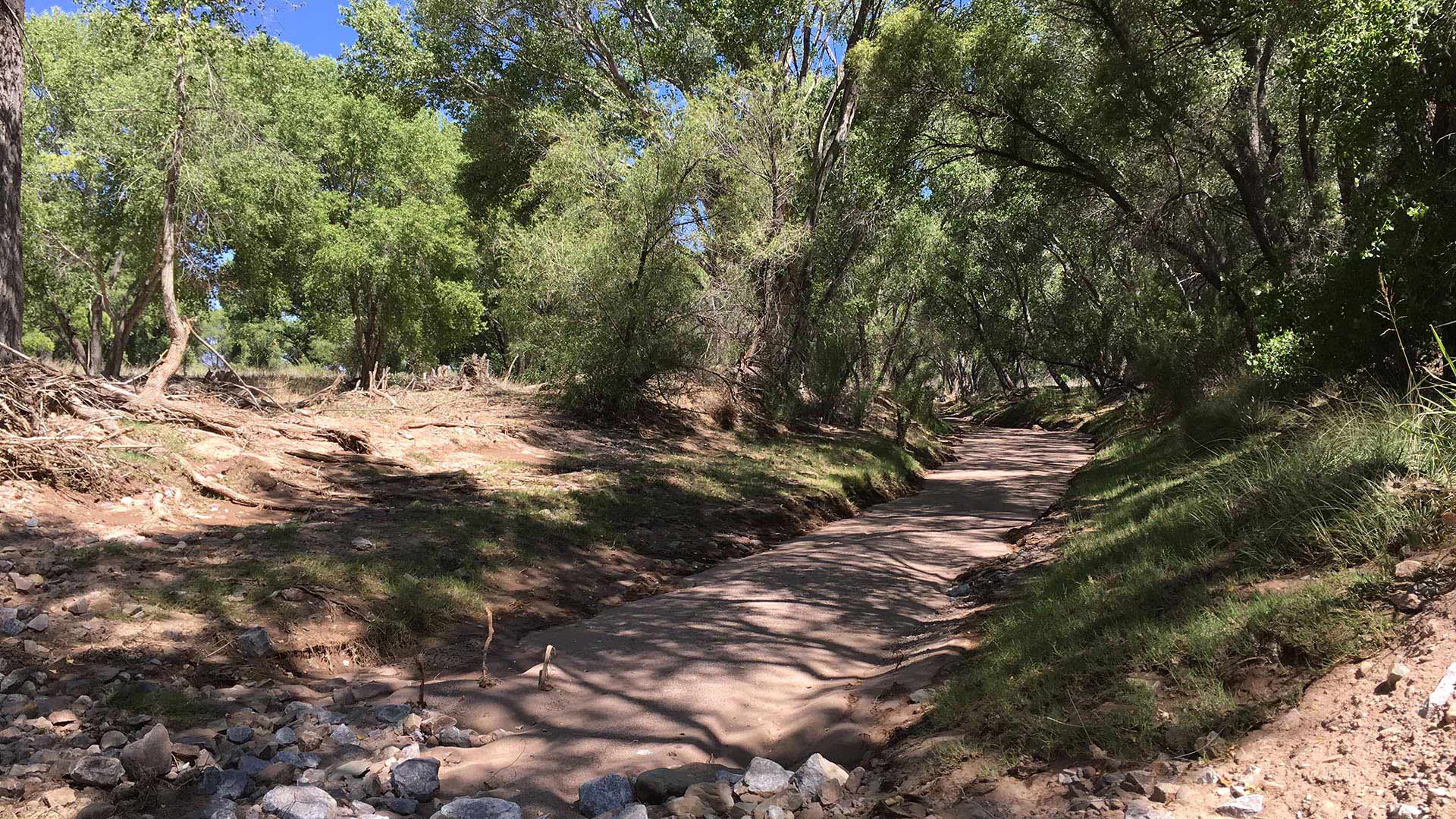 Cochise County approved an agreement in August to buy treated effluent from the city of Bisbee for five years for a water recharge project designed to help the San Pedro River.

The project will take 200 acre-feet of water — about half of the treated wastewater produced by the city of Bisbee — and put it into the aquifer just north of the border with Mexico.

"That particular reach of river is showing the largest declines in water availability. And without replenishment of the aquifer in that area, we're very concerned about the future health of the river and its forest," said Holly Richter, Arizona water projects director for The Nature Conservancy.

Richter said this aquifer recharge will help support the subsurface flows that the San Pedro River’s riparian habitat depends on. But getting the water from Bisbee to that stretch of river will require an expensive pipeline, according to Cochise County Administrator Ed Gilligan.

"Early estimates are around $8 million," he said.

The county and Nature Conservancy will pay for part of the pipeline, and Gilligan is confident private partners will come onboard to support the cost of the project. He said it’s an environmentally smart way to use water that currently has no other purpose. Currently, Bisbee's treated effluent is discharged into a local wash.

But local environmentalist Michael Gregory thinks the project is a bad idea. He said the county is supporting housing developments in the same area as the recharge, "which is going to suck the river dry in the long run."

"So what they're doing is pouring water into the east side of the river and taking it out of the west side. That just doesn't make sense to me at all," Gregory said.

The county has plans to sell some parcels of land it owns adjacent to a planned subdivision near the recharge site and leave other land open for conservation.

Gilligan said the county is trying reverse the significant groundwater drawdown from decades of agricultural pumping in the San Pedro Valley. Part of that includes purchasing agricultural land along the river.

"We're approaching 8,000 acres of land. Through the Nature Conservancy we establish conservation easements to ensure that there will be no more agricultural activity in those areas." Gilligan said. "The county is holding the lands as open land, and we're using those sites for recharge projects."

"All they're doing is making it easier for more subdivisions, more population, more growth, which is really what they're after," he said.

Rather than piping the effluent down to the border, Gregory suggests using the water to build recharge wetland habitat around the Bisbee wastewater treatment plant, similar to what exists in Sierra Vista.

"This project is addressing the needs of the river today," said Richter, who agreed with Gilligan that the project is responding to historic over-pumping.

"And if we don't do this project, and we do nothing, the river will suffer without any future development, additional development or water use on top of what we've already done," she said.

The agreement gives the county the option to buy more water from Bisbee. Richter said adding more water at the recharge site would have exponentially higher benefits to the aquifer, river and critical habitat. She hopes project partners can complete the pipeline design and begin construction within three to five years.

Scientists recognize new fish in northern Mexico Residents in Cochise County organize vote to establish water regulation Under federal pressure, Colorado River water managers face unprecedented call for conservation
By posting comments, you agree to our
AZPM encourages comments, but comments that contain profanity, unrelated information, threats, libel, defamatory statements, obscenities, pornography or that violate the law are not allowed. Comments that promote commercial products or services are not allowed. Comments in violation of this policy will be removed. Continued posting of comments that violate this policy will result in the commenter being banned from the site.