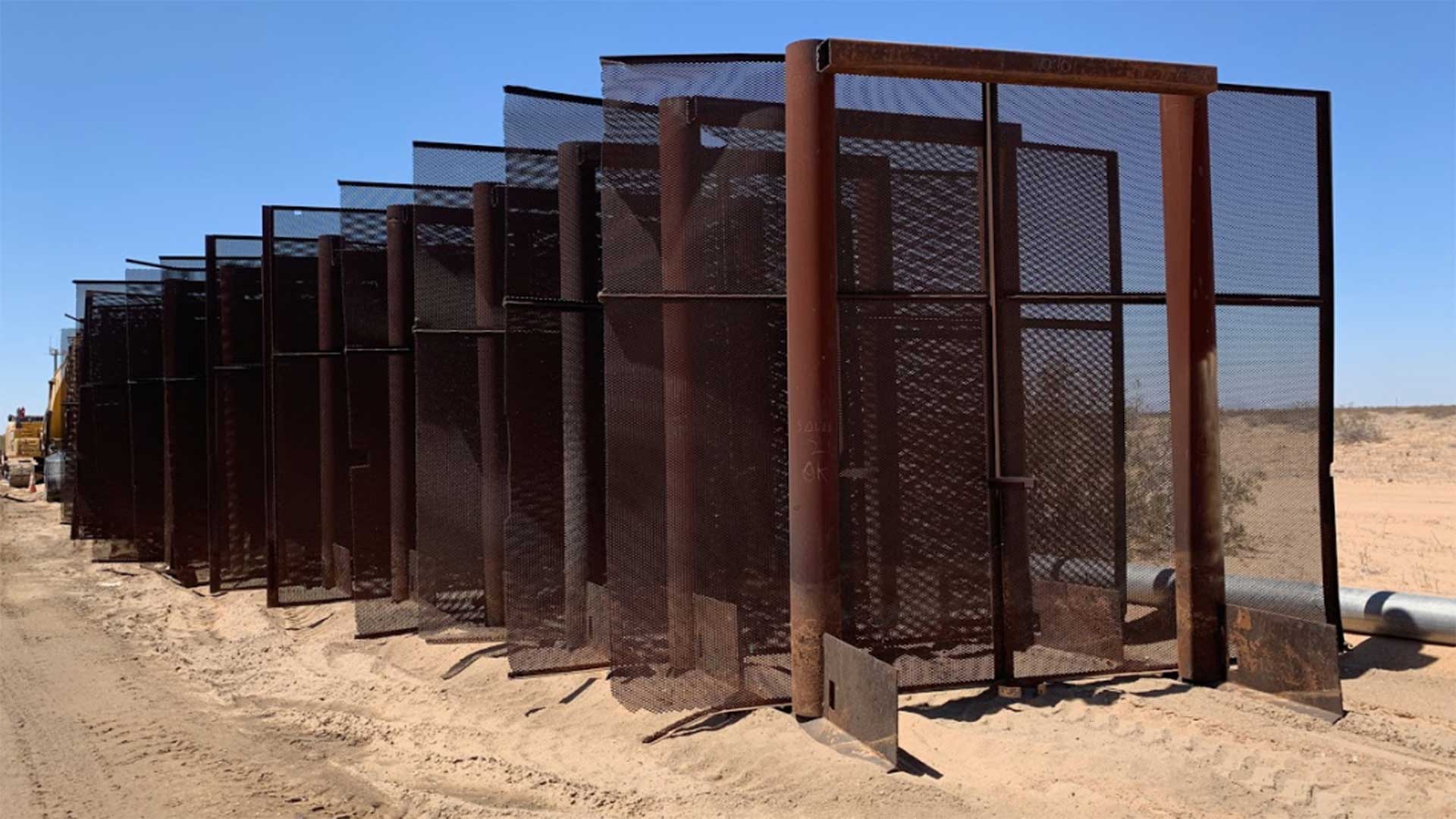 KJZZ's Fronteras reporting team joined migrants as they traveled thousands of miles to reach the U.S. This multipart series put reporters on the ground in four countries to document the challenges migrants face on their trek through Central America, Mexico and the U.S. Thousands gather south of the Arizona border awaiting their turn to enter the country and request asylum. Now the U.S. government is rushing to build dozens of miles of new border fence.

Kathie Noaker is in the back of a beat-up van unpacking a pile of goods for asylum seekers and other migrants who’ve gathered in Nogales, Mexico.

"These backpacks that you see, we’ve got about 10 or 14 of them today, they’re day packs and they have a change of clothes and hygiene stuff," Noaker said. "We're at a shelter like many that have sprung up along the border in the past few years, small rooms with rough metal doors, folks waiting to cross into the U.S., a dream that’s just a few hundred yards and many months away." 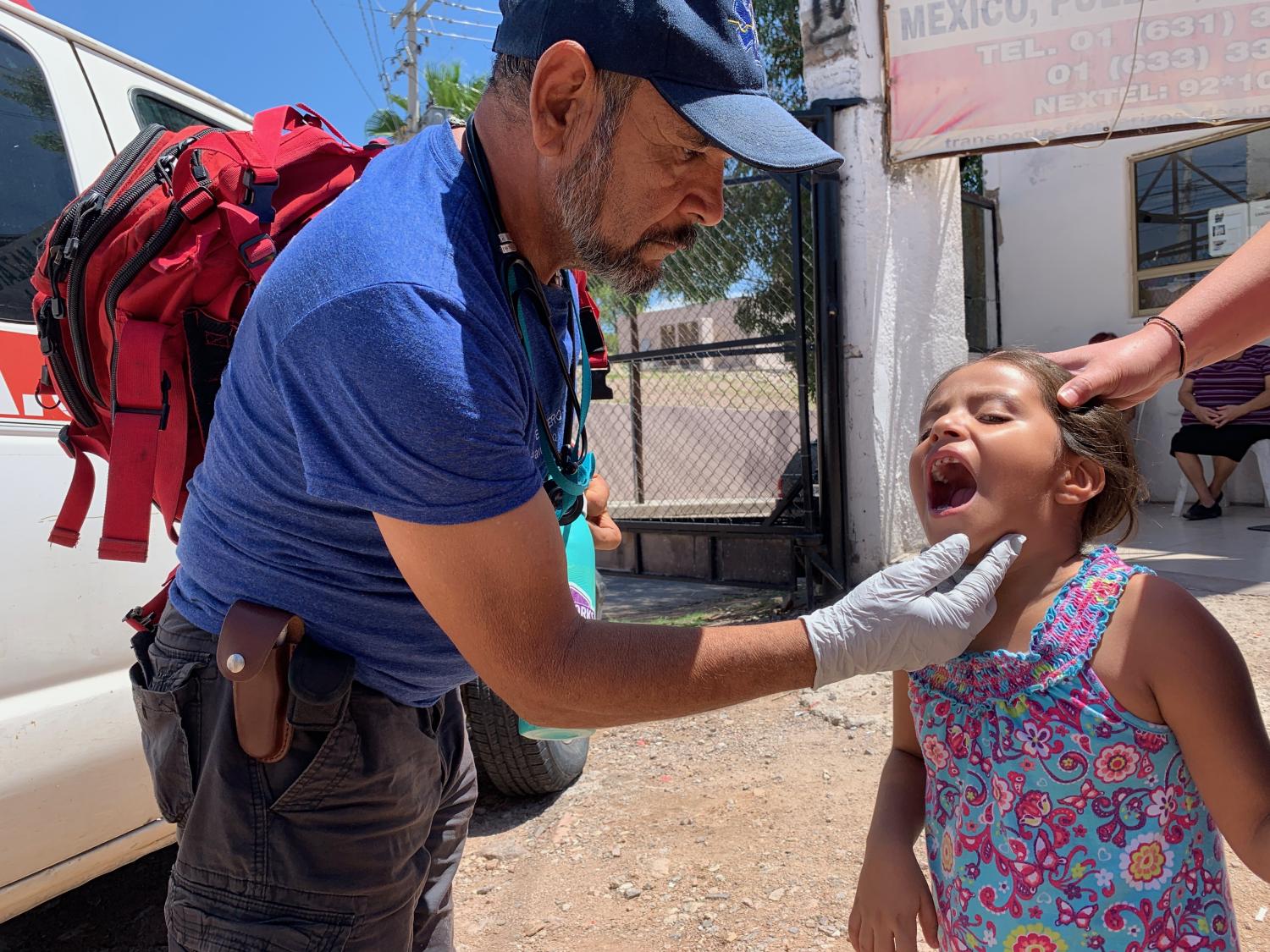 Pancho Olachea is a nurse who works with Voices From the Border.

"You see all the clothes hanging over there. These kids over here are just trying to get by through today," Olachea said.

Today he’s conducting fast medical checkups standing in the middle of a rutted dirt lot outside the creaky refuge. A girl with long dark hair accompanied by her mother approaches him. Olachea peers into her mouth. 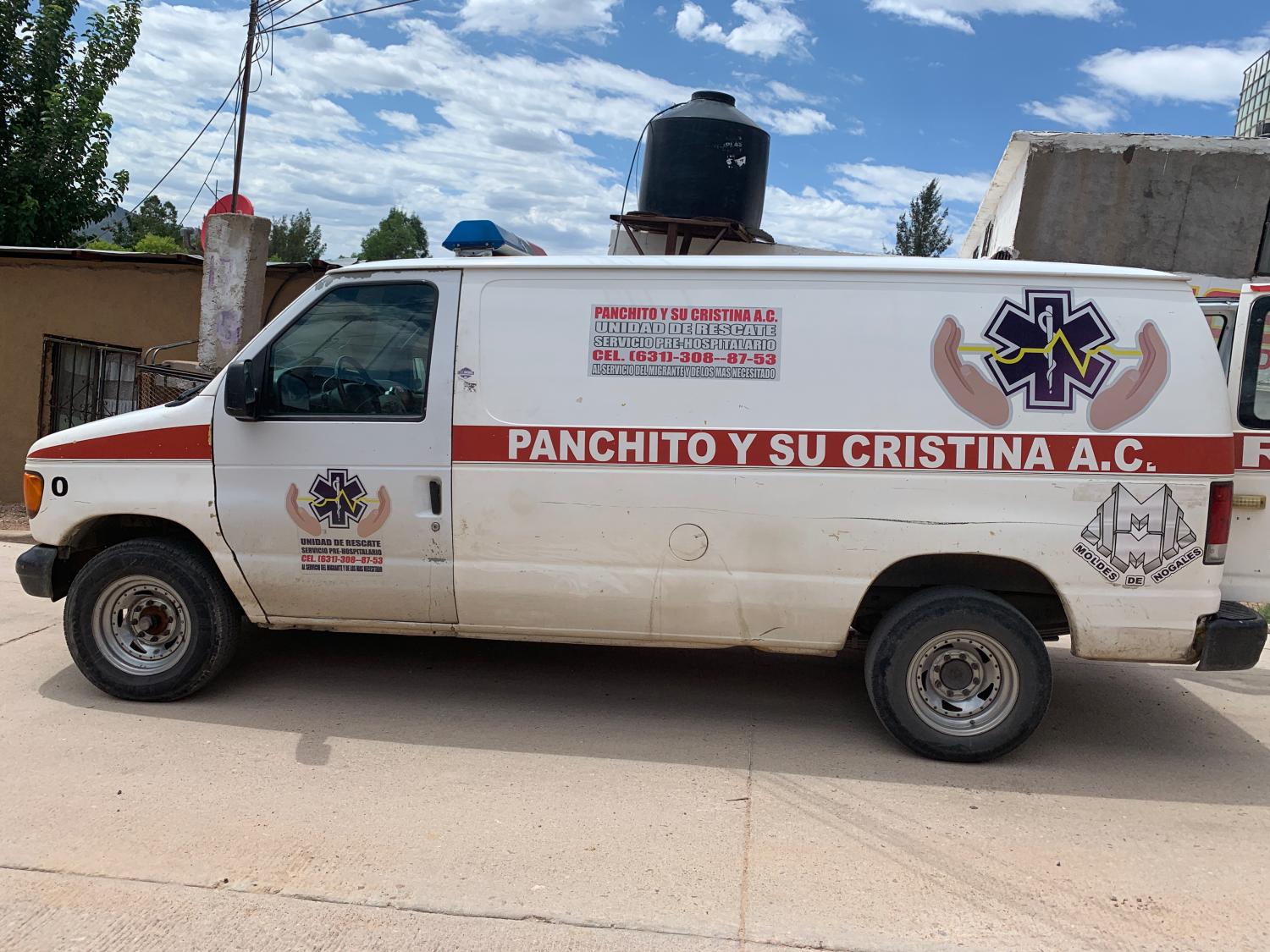 "She has never been taking care of her teeth. She is probably getting an infection very soon. She’s got more than seven teeth in very, very bad shape," he said.

The preliminary medical checkups are done on the fly as buses groan past.

These are the new faces of migration along Arizona’s border. It’s desperate, it’s exhaustive, and the stories of those who seek to cross here aren’t always the same.

Carolina Santiago is Mexican. She said she and her daughter may try to slip past U.S. border enforcement though she's vague about that.

"Well, we're going to see if we can be crossed to my aunt," Santiago said.

Though she's vague about how she'll cross the border, she says another plan may be to ask for asylum, just as thousands of Central Americans, but only some Mexicans have successfully done.

Across the border, 300 miles to the west, in Yuma, Arizona, the Border Patrol faced an unprecedented wave of migrants they say took the agency by surprise.

"We were reaching our breaking point and we were trying to use every avenue possible to help relieve the pressure. But at the end of the day, we can’t arrest our way out of this issue," said Border Patrol spokesman Jose Garibay as he drives an unmarked SUV down a levee road abutting the Colorado River. 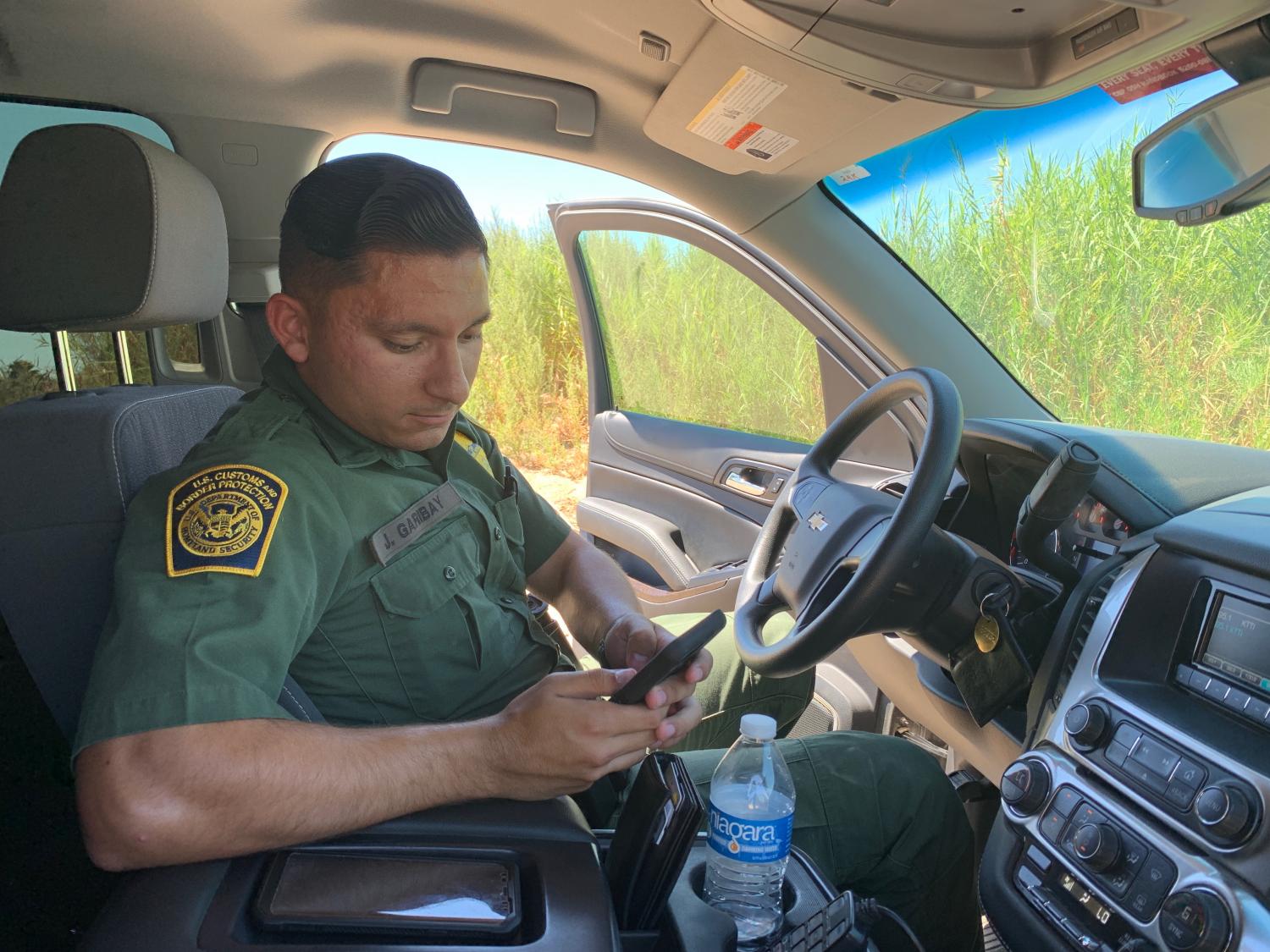 Here, he points to Normandy fence, low slung steel barriers built to stop cars but easy to clamber over.

"Just those x's in the ground. While it does stop vehicles very well, it does nothing to stop the flow of people across the boundary. People were pouring over this area, hundreds per day, and there was nothing that we could do to stop this," Garibay said.

The U.S. boundary here starts in the Colorado River. So the agency pressed for months for the U.S. to build up the border fence here to keep people out.

"There are areas we’ve identified that are close to population centers such as San Luis, Arizona, where we have a need for the 30-foot variant of the new replacement wall. But as we get out into the desert there are areas where the wall is only 18 feet. But that’s because we’ve identified the areas where we need the tallest wall as quickly as possible," Garibay said. 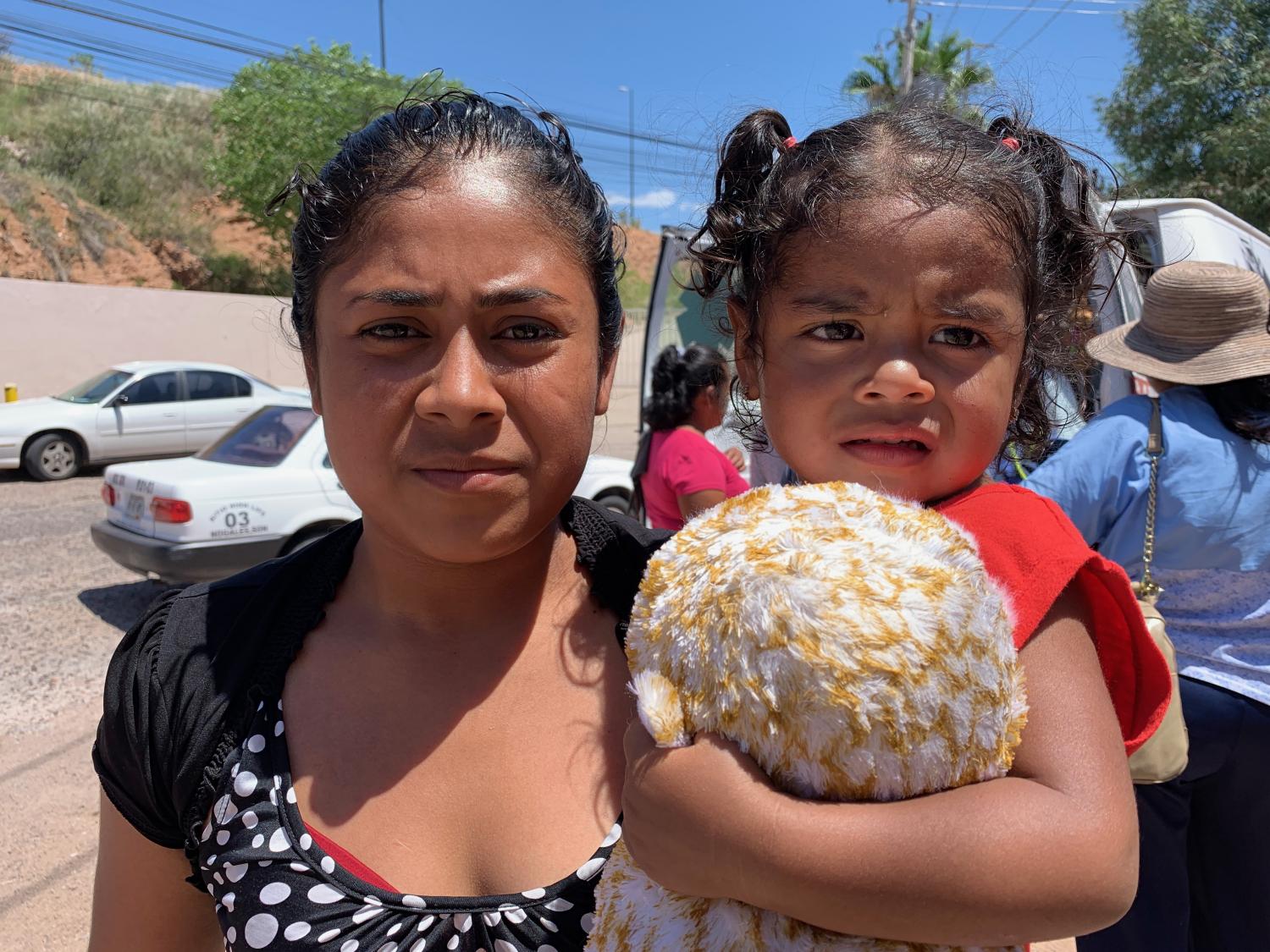 VIEW LARGER Amalia Mejia and her daughter are from Guerrero, Mexico, and are hoping to make it to Atlanta
Michel Marizco/Fronteras Desk

Which would keep asylum seekers, other migrants, really anyone standing on just the other side out entirely and limited to asking for entry at the ports.

Apprehensions in the Yuma sector have dropped. Maybe from the height of summer’s heat, maybe because routes have yet again changed. And work on that border fence continues.

The 30-foot high construct looms along the San Luis, Arizona, border where ultimately it will reach 26 miles in length, stretching across the flat sands of the Yuma desert. Private contractors tear out old landing mat platform fencing and drop in the new fence.

This week, contractors started replacing those vehicle barriers along the river, diverting Pentagon funding to push the project through.

What started as a campaign promise in 2015 by then-candidate Donald Trump has become reality here in western Arizona.

Asylum seeker artisans will have work on display at a Tucson event Sunday Senators call on CBP to stop detaining pregnant women Senate committee OKs Magnus for customs chief
By posting comments, you agree to our
AZPM encourages comments, but comments that contain profanity, unrelated information, threats, libel, defamatory statements, obscenities, pornography or that violate the law are not allowed. Comments that promote commercial products or services are not allowed. Comments in violation of this policy will be removed. Continued posting of comments that violate this policy will result in the commenter being banned from the site.