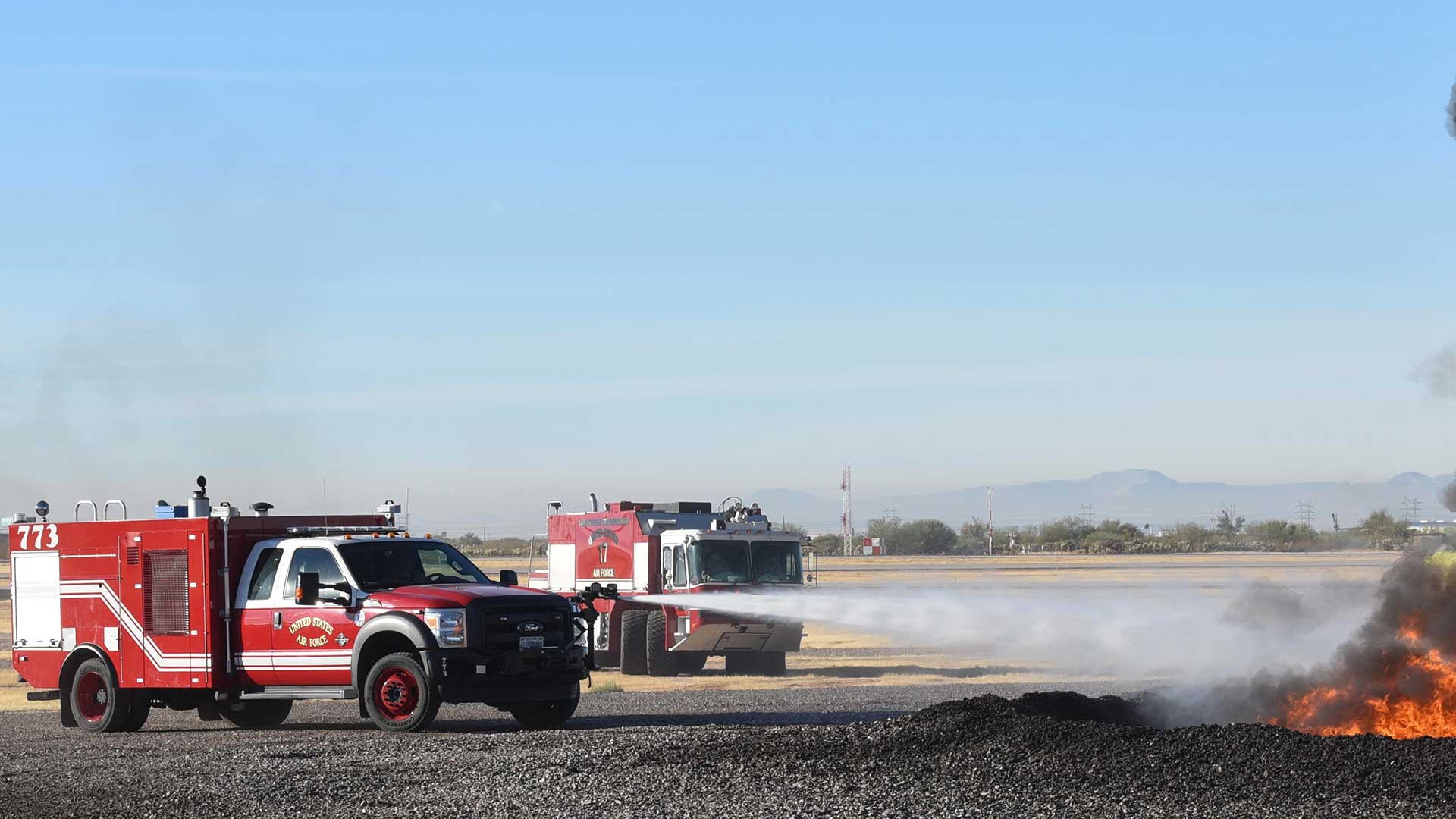 President Donald Trump's nominee for secretar of the Air Force promised Thursday to work with communities to clean up pollution caused by the military.

Barbara Barrett was questioned during a Senate confirmation hearing Thursday about her commitment to help communities clean up water contamination commonly found near Air Force bases around the country.

She was specifically asked about perflorinated compounds, which include chemicals known as PFAS. They are found in many items, including the firefighting foam used by the U.S. Air Force.

The compound has been found in local drinking water wells.

U.S. Sen. Martha McSally asked Barrett to commit to working with local communities in cleaning up the chemicals.

"Some of these higher-than-normal sites are in Arizona, most notably just north of Tucson International Airport where the 162nd Air National Guard flies F-16s. Can I get your commitment if confirmed you will partner with these local communities, like Tucson, to address this PFAS issue?" asked McSally, a senator from Arizona.

Barrett agreed: "Absolutely, senator. It is important. The relationship between our military facilities and the communities is vitally important."

Tucson Water has isolated the contaminated wells and treats the water to remove the compounds before it reaches customers.

PFAS chemicals have also been found in wells near Davis-Monthan Air Force Base.

The Air Force no longer uses PFAS-based foam for practice, it only uses it for actual emergencies. The military is also looking for a non-PFAS foam as a replacement.

Want to delay your emissions test in Arizona? Only if you're 65+ Senate candidate Kelly says US can lower prescription drug prices Court: Phoenix business doesn't have to make same-sex wedding invitations
By posting comments, you agree to our
AZPM encourages comments, but comments that contain profanity, unrelated information, threats, libel, defamatory statements, obscenities, pornography or that violate the law are not allowed. Comments that promote commercial products or services are not allowed. Comments in violation of this policy will be removed. Continued posting of comments that violate this policy will result in the commenter being banned from the site.