Recent migration policies deepen the divide at the Mexico-Guatemala border

Towns along the Suchiate River are divided by a border but strongly linked by their roots and trade. by Rodrigo Cervantes, Fronteras Desk Tweet 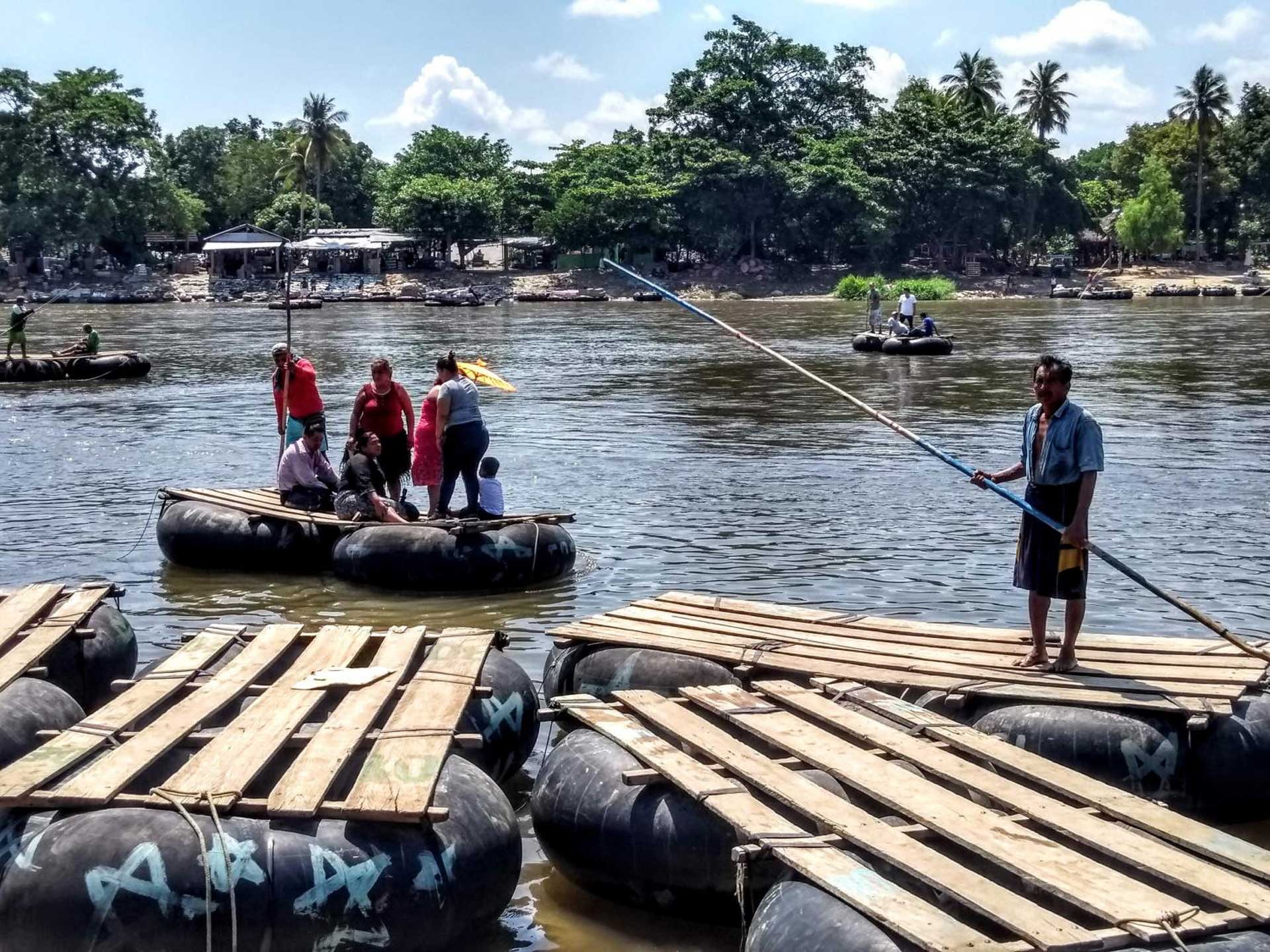 Rafts made out of old tires and wood boards are used to cross the Suchiate River between Tecún Umán, Guatemala, and Ciudad Hidalgo, Mexico.
Rodrigo Cervantes/Fronteras Desk

The Fronteras Desk reporting team joined migrants as they traveled thousands of miles to reach the U.S. This multipart series put reporters on the ground in four countries to document the challenges migrants face on their trek through Central America, Mexico and the U.S. The journey began in Honduras. The second leg of the journey took us to the Guatemala-Mexico border.

Tensions between the U.S. and Mexico regarding migration have hit hard on the borders, not only between both nations but also between Mexico and Guatemala.

President Donald Trump’s threat on taxing Mexican goods unless migration stopped is having a direct effect on Mexico’s border with Guatemala. Here, not only migration is changing but also trade. 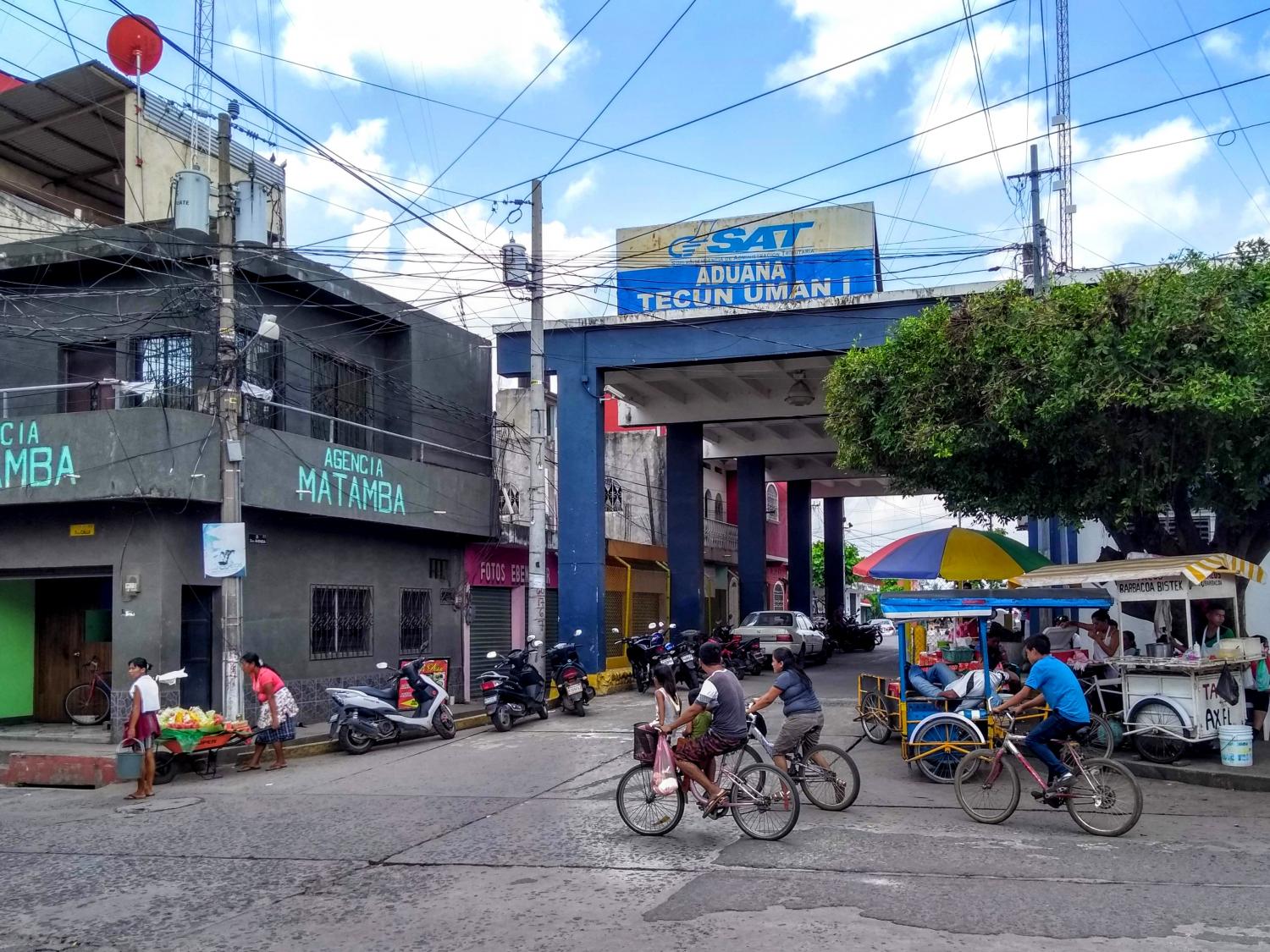 VIEW LARGER The customs office in Tecún Umán, Guatemala, right across one of the bridges connecting with Ciudad Hidalgo, Mexico.
Rodrigo Cervantes/Fronteras Desk

Like neighboring towns at the U.S.-Mexico border, Tecún Umán, Guatemala; and Ciudad Hidalgo, Mexico; are strongly linked by their roots and trade but separated by a river, the Suchiate. José Salejio takes me on his raft made with old tires and wood boards from the Guatemalan side to Mexico.

While pushing the raft with a large stick, Salejio tells me many people used to cross, just like me, a couple of months ago — but not anymore.

He points at a raft sailing to the Guatemala side, loaded with bottles of Coca-Cola, toilet paper and canned food. Every day, Salejio says, you would see dozens of rafts like that one, loaded with cheap goods from Mexico.

Salejio makes his living crossing people and merchandise, but he says rides have dropped 70%. And like other rafters, the father of two tells me he is deeply concerned.

Traders, citizens and officials from both sides of the border say not only migrants have stopped crossing here but also locals. 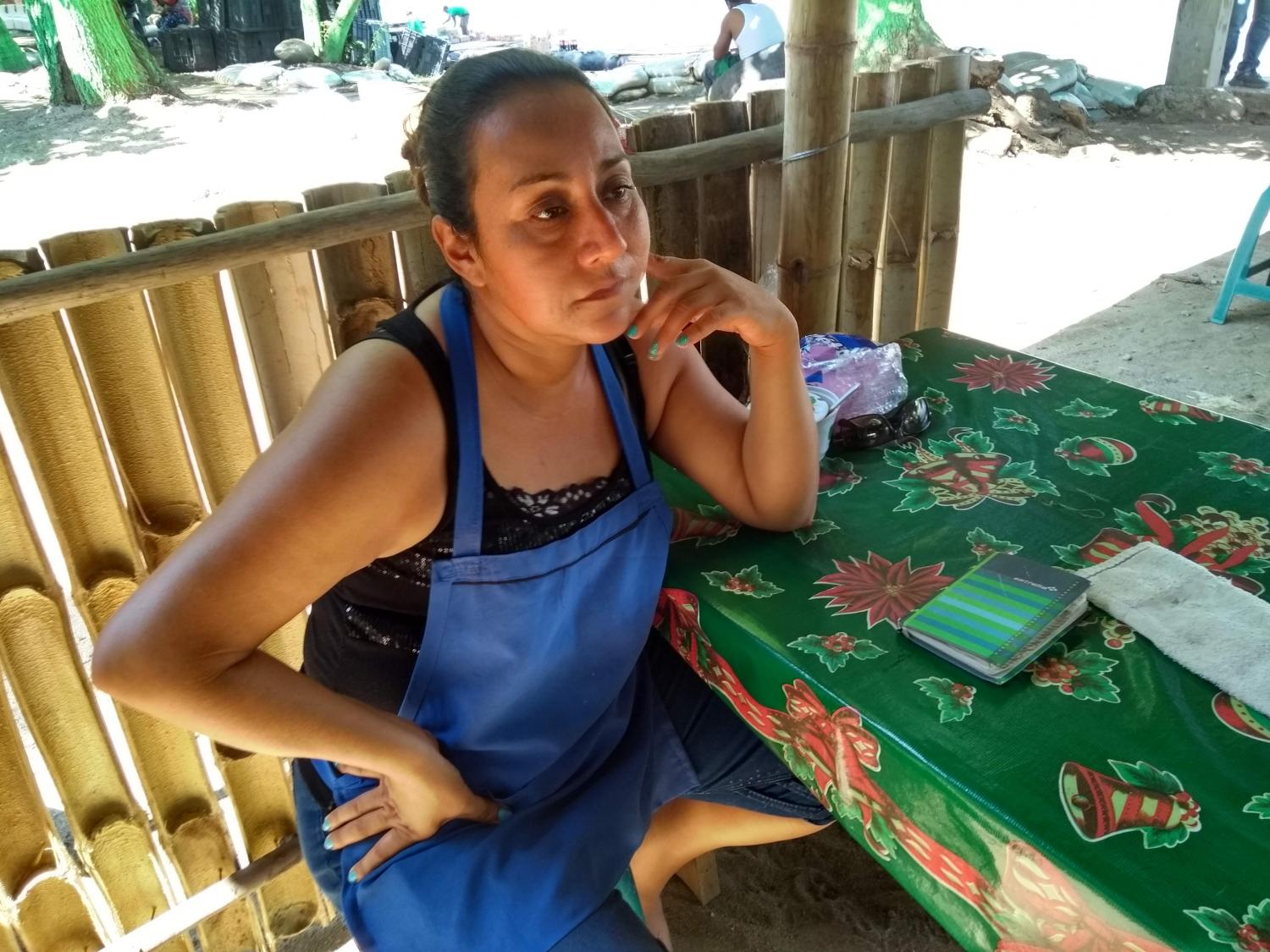 VIEW LARGER Esther López at her austere street food shop right next to the Suchiate River, on the Mexican side.
Rodrigo Cervantes/Fronteras Desk

Esther López sells street food on the Mexican side of the Suchiate. Her business looks completely empty. She says others like her are not even putting out their stands anymore.

“Everything was fine until the people from the Migration Office, the Army and the Marines showed up. And this has severely affected our sales,” she said.

López refers to the deployment of the newly created National Guard. A group of them notices me recording, and one of them approaches to ask for my name.

The Mexican Immigration Institute also reinforced its operations to avoid illegal crossings and to verify that Guatemalans carry the proper documentation to reach the Mexican side.

These actions were a direct response to Trump’s threats. As a result, according to official data, migration heading to the U.S. through Mexico dropped 39% from May to July.

But locals on the Mexican side like López complain that fear in Central America is hitting their pockets hard. And not only trade is changing in the region, also the demographics.

In Mexico, migration is not criminalized and migrants are allowed to request for asylum or a permit to transit to the U.S. But things have changed since the government reinforced the security.

Tapachula is the largest Mexican city near the Guatemala border, only 20 miles away. And here is where thousands of migrants from Latin America, Africa and India are stranded. 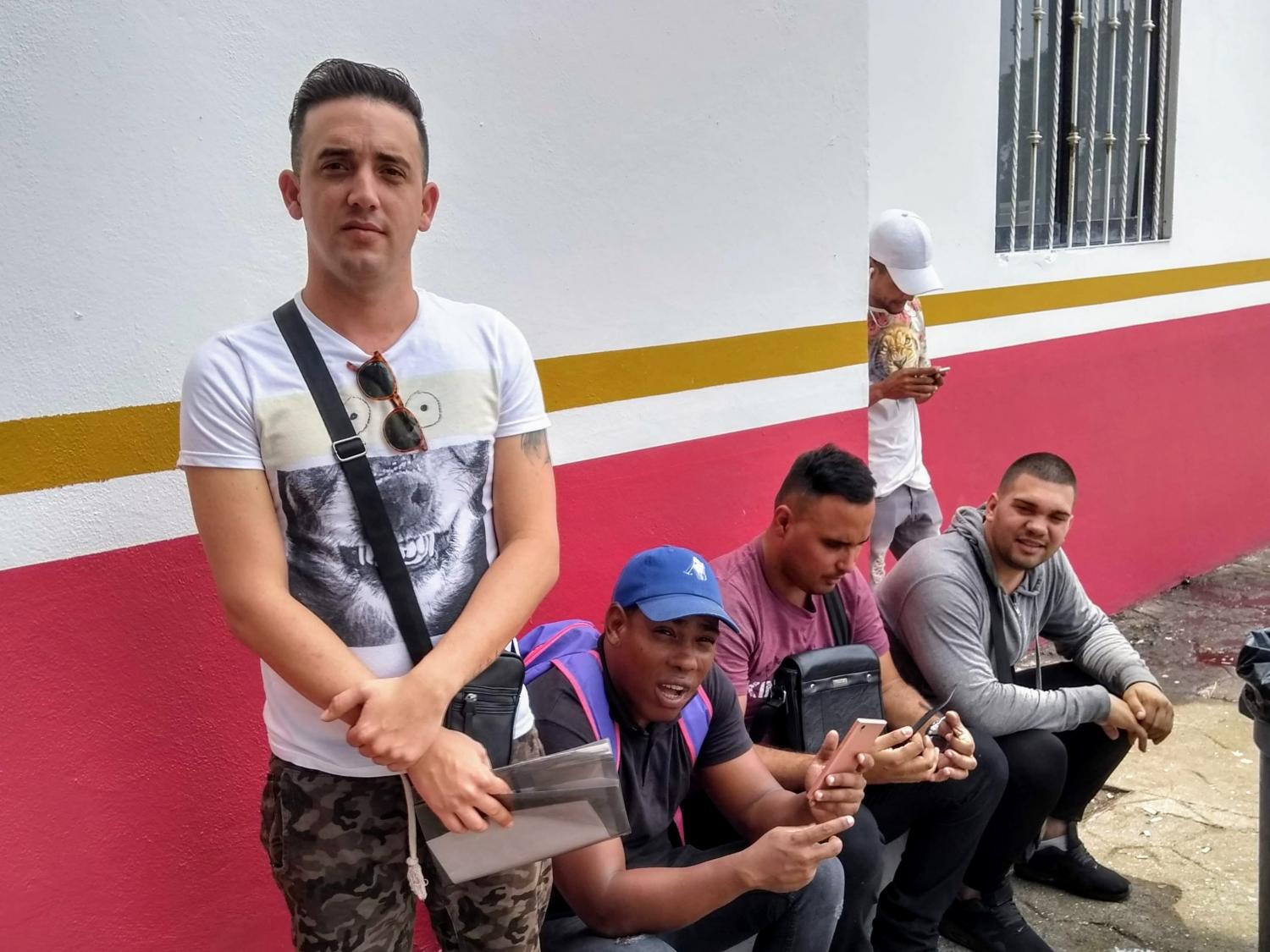 VIEW LARGER Alejandro Lozada was a doctor in his homeland, Cuba, and a dissident. He migrated after being threatened and has been stranded in Tapachula, Mexico, for four months.
Rodrigo Cervantes/Fronteras Desk

Outside the migratory station, many wait to get the asylum permit to keep traveling up to the U.S. or, at least, move elsewhere in Mexico. Alejandro Lozada is among them. He’s a Cuban migrant. And he’s been stranded in Tapachula for four months.

“Theoretically speaking, I can work here (in Tapachula) with the temporary permit, but the city is too small, with not enough jobs or underpaid, and packed with migrants," said the doctor fleeing from the Cuban regime.

Lozada says another problem are the extortions and scams from Mexican authorities and alleged lawyers who promise to expedite their asylum requests. But for him, the Mexican government is just buying time to get them deported or to make them go back voluntarily.

Asylum applications in Mexico hit historic highs in 2021 With less water on the surface, how long can Arizona rely on what's underground? A record number of migrants died along the U.S.-Mexico border in 2021
By posting comments, you agree to our
AZPM encourages comments, but comments that contain profanity, unrelated information, threats, libel, defamatory statements, obscenities, pornography or that violate the law are not allowed. Comments that promote commercial products or services are not allowed. Comments in violation of this policy will be removed. Continued posting of comments that violate this policy will result in the commenter being banned from the site.