5 ways to help your new kindergartener feel at ease

Emotions are hitting everyone on the final approach to the kindergarten classroom door. by Laura Santhanam TWEET SHARE 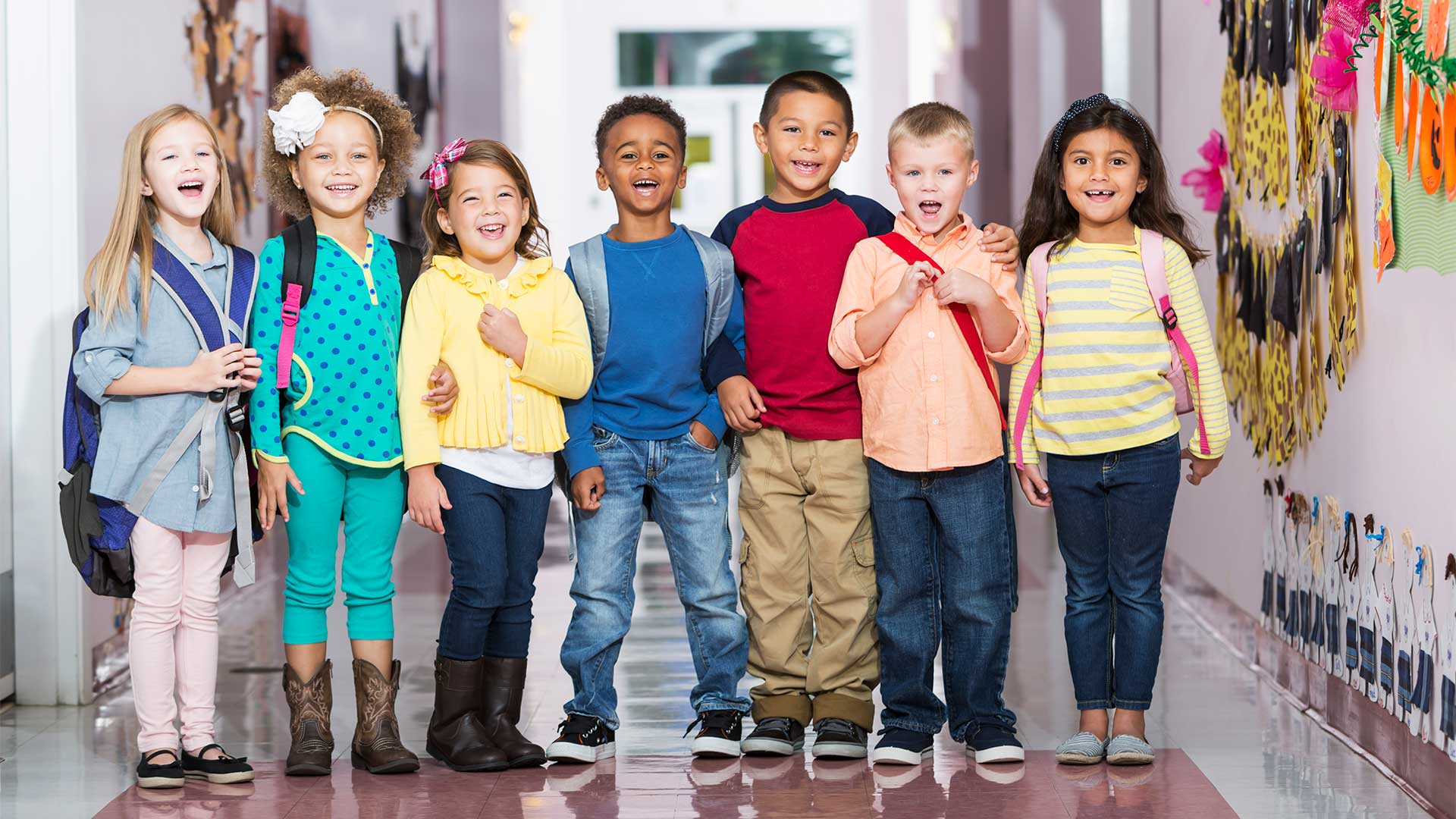 It’s the first day of school, and the emotions are hitting everyone on the final approach to the kindergarten classroom door. The protests and whimpers bouncing down the cheerfully decorated hallways, fresh with lemony disinfectant. The clumsy attempts by parents to slip away without their wary kids noticing. The desperate, outstretched arms and the weeping — from both kids and parents. For all involved, it’s an emotional hot mess.

More than 5 million children are starting public preschool and kindergarten classes this year, and for many, this milestone marks their first foray into formal education. Traditionally the week after Labor Day kicks off the year at school districts across the U.S., although a growing number of students returned as early as July 23 (sorry, Chandler, Arizona).

In the rush to snag back-to-school supplies, pack lunch boxes and nail new school year routines, even the most well-prepared parents can be caught off-guard. The PBS NewsHour asked for advice from behavioral pediatrician and blogger Nerissa Bauer, who serves on the American Academy of Pediatrics’ early childhood executive committee. According to Bauer, a good rule of thumb is “nobody likes surprises.”

“Children do better at transitioning if you can prepare them,” she said. “Consistency is a big piece.”

Here are Bauer’s tips to ensure a smooth launch into the classroom.

Hype up school for your kid

In the weeks leading up to the big day, steal small moments while you’re running errands together, or brushing teeth before bedtime, to remind your child that the first day of school is an exciting time and is something to look forward to, Bauer said.

It’s essential for kids “to visualize what to anticipate,” she said.

Early to bed, early to rise

You don’t have to wait until the night before school starts to hammer out your child’s new bedtime routine. Put your child to bed at the time they would need to sleep once school starts, beginning roughly two weeks ahead of time so they adjust to getting enough sleep, Bauer said.

That will help avoid bedside power struggles by the time school starts. Reading a book at bedtime can help your child wind down, according to the National Association for the Education of Young Children. Preschoolers between ages 3 and 5 generally need 11 to 13 hours of sleep in a 24-hour period. That includes naptime for preschoolers, but remember, kindergarten often means no more scheduled naps.

It’s so hard to say goodbye

If you fear a tearful farewell, Bauer recommended setting up a goodbye ritual. That can be as easy as making up a singsong rhyme to signal to your child that it is time to part ways.

It can help to impart the idea that “we’re going to say goodbye, but we’re going to see each other at the end of the school day,” she said. But don’t be surprised if this tip takes a few days to sink in with your new student.

Will my child be ready to socialize?

If you are enrolling your child to start school next year, but are concerned about how they may behave, it is not too soon to work on their social skills, Bauer said.

During play dates or playground time, observe your child’s behavior. Sprinkle an occasional running commentary of how they are interacting with others. Call their attention to moments when they shared toys or took turns to positively reinforce good behavior.

“Narrating those social skills helps children put two and two together,” she said.

I may dissolve into a puddle of tears. What should I do?

Parents serve as children’s first teachers. And during times of big transition, kids often look to their caretakers “to interpret how they should be feeling,” Bauer said.

“Parents play a huge role in the success of how children are going to do in school, not just the immediate days before kindergarten,” she said.

If you feel that you may burst into tears while dropping off your child for their first week of kindergarten, try to be cognizant of your body language and remain upbeat. Your poker face could pay off in a big way and help shape your child’s first impression of going to school. (No pressure.)

Thank You, Neighbors! How to Look for the Helpers (And Be One!) During Coronavirus Doing Distance Learning in Style - Virtual Backgrounds from PBS KIDS
By posting comments, you agree to our
AZPM encourages comments, but comments that contain profanity, unrelated information, threats, libel, defamatory statements, obscenities, pornography or that violate the law are not allowed. Comments that promote commercial products or services are not allowed. Comments in violation of this policy will be removed. Continued posting of comments that violate this policy will result in the commenter being banned from the site.