The proposition aimed to block extending the light rail, including a plan to expand into working-class Hispanic and African American communities of south Phoenix. by Anita Snow, Associated Press TWEET SHARE 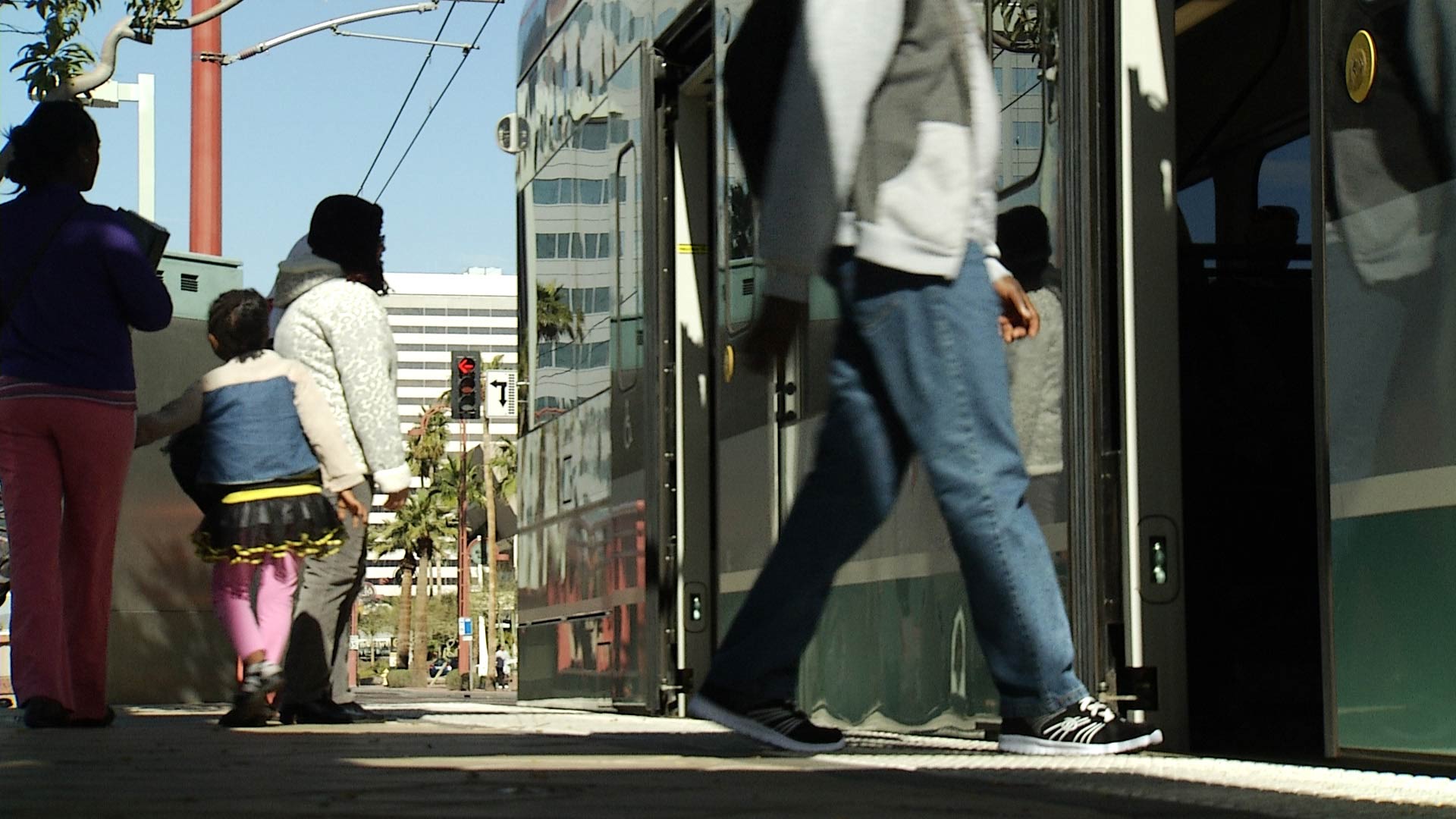 PHOENIX — Phoenix voters said "yes" to expanding light rail transportation in the nation's fifth largest city by soundly saying "no" to a measure that aimed to stop any more development of the system, according to early, unofficial returns.

Mayor Kate Gallego expressed confidence the measure known as Proposition 105 will be defeated when the rest of the votes are counted.

"Light rail expansion is not stopping — not today, not tomorrow," Gallego said late Tuesday. "This campaign was never about one track of rail. It was about equity for our entire city and voters delivered on that promise."

Paul P. Skoutelas, the president and CEO of the American Public Transportation Association, called the vote "a monumental day at the ballot box for public transportation in Phoenix."

Supporters of Proposition 105 were stunned by the early trend against their measure.

"The numbers are so disappointing," said Susan Gudino, treasurer for the Building a Better Phoenix campaign that backed the initiative. "It doesn't make sense to me. I know we had more support."

Nevertheless, Gudino said the campaign would not concede until more results come in.

The results so far were mostly from mail-in ballots and represent about 22.5% of the city's 764,653 registered voters. More returns were expected later in the week.

Approval of Proposition 105 would immediately stop a planned 5.5-mile extension of the rail into the working-class Hispanic and African American communities of south Phoenix, home to numerous auto repair shops and Mexican markets.

It also would stop future extensions designed to link far-flung areas around the Valley of the Sun, including one planned to the state Capitol and another to far western suburbs, home to many people who commute to the city's center for jobs and school.

With a population of 1.6 million people, Phoenix is among other large cities in the U.S. with some kind of rail, but its system is modest compared with others, including New York City subways, Washington's metro, Chicago's L and San Francisco's BART.

Boston, Atlanta and Philadelphia also have some kind of rail system, and even the largely car-dependent Los Angeles area since 1990 has had Metro Rail, which has an average weekday ridership of nearly 350,000 people.

Now stretching more than 26.3 miles (42.3 kilometers), construction of Phoenix's Valley Metro system began in March 2005 and service was launched in December 2008. The agency says the system had about 15.7 million riders in 2018, with an estimated weekday ridership of nearly 48,000.

There was high interest in the light rail measure, with the mail-in ballots alone pushing the overall turnout to more than 22.4%, which is higher than that of other special elections held in the Phoenix summer, when many people leave to escape triple-digit temperatures.

Phoenix voters tend to vote early by mail, with between 88% and 97% of all ballots in the last three citywide elections cast by early ballot.

A second measure, Proposition 106, also was being rejected by voters by a large margin. It aims to limit the city's spending until its pension debt is significantly reduced.

Along with Building a Better Phoenix, the anti-rail Proposition 105 is backed by business owners along the planned south Phoenix extension route and City Council members Sal DiCiccio and Jim Waring.

Phoenix Mayor Kate Gallego and the other council members who opposed the measure say the rail system would lose millions of dollars in federal funds that cannot be used for other purposes.

As Supreme Court nears decision, thousands of DACA recipients are on the COVID-19 front lines Trump’s Phoenix trip first in weeks, as he aims to ‘move around’ more With fewer cars on the streets, Tucson's air quality is improving
By posting comments, you agree to our
AZPM encourages comments, but comments that contain profanity, unrelated information, threats, libel, defamatory statements, obscenities, pornography or that violate the law are not allowed. Comments that promote commercial products or services are not allowed. Comments in violation of this policy will be removed. Continued posting of comments that violate this policy will result in the commenter being banned from the site.