Term extended for Mexican elected governor with US ties 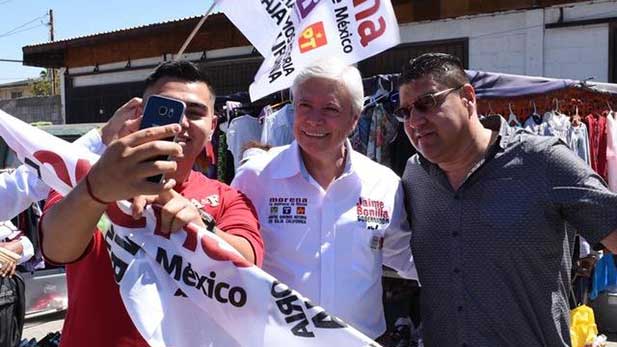 MEXICO CITY - A Mexican elected governor from a border state with ties to the U.S. Republican party atypically had his term in office extended. This is raising suspicions that the country's president may also extend his role in office.

Jaime Bonilla is a businessman and politician from Tijuana with dual citizenship. He was just elected governor of Baja California for two years, but the state congress has extended his mandate to five.

The expert said the change of rules ignores that voters elected Bonilla for a shorter term.

“There is some probability of a violation of the constitutional order,” said Bárcena.

The issue worries many in Mexico, as it could set a precedent to extend the current presidency of Andrés Manuel López Obrador. But Bárcena said there are still legal mechanisms to stop the amendment.

“This is the moment where the Mexican institutions are being tested,” said Bárcena.

The Mexican president has stated that he will not interfere in Baja California’s situation and will not pursue an extension of his own term.

According to Bárcena, it is likely that Bonilla’s extended period will get cancelled. But the current tensions brought by the issue will complicate his government and his relationship with the U.S.

“He (Bonilla) is going to have to deal with lots of domestic problems, and that won’t help him at all to maintain a good relationship with the outside, particularly with the United States,” said Bárcena.

Commission head hopes to bring peace to families of missing people in Sonora Conservation groups to UNESCO: Border wall puts Sonora's World Heritage sites 'in danger' Vehicle crossings at Arizona-Mexico ports fall for second year
By posting comments, you agree to our
AZPM encourages comments, but comments that contain profanity, unrelated information, threats, libel, defamatory statements, obscenities, pornography or that violate the law are not allowed. Comments that promote commercial products or services are not allowed. Comments in violation of this policy will be removed. Continued posting of comments that violate this policy will result in the commenter being banned from the site.