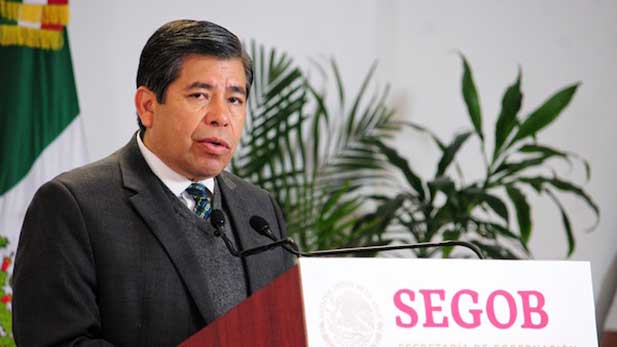 MEXICO CITY — While the Mexican government is pushing its strategy to stop and detain migrants entering from Central America, a resignation on Friday at its main office for migratory affairs has rocked the boat.

Tonatiuh Guillén had served as the commissioner for Mexico’s National Institute of Migration since President Andrés Manuel López Obrador’s inauguration in December.

Guillén gave no explanation for his unexpected resignation, and simply published a letter thanking the president and his direct supervisors for the job opportunity.

Guillén leaves office the same day López Obrador admitted that his government detected dozens of weak points at the Guatemala border, while stating that layoffs at the Migration Institute would come for alleged corruption.

López Obrador’s administration faces accusations from opponents of his migration plan who said it’s breaking the law to please the Trump administration.

Mexico's southern border deployment faces pushback Mexico says fewer migrants are reaching the US border Commission head hopes to bring peace to families of missing people in Sonora
By posting comments, you agree to our
AZPM encourages comments, but comments that contain profanity, unrelated information, threats, libel, defamatory statements, obscenities, pornography or that violate the law are not allowed. Comments that promote commercial products or services are not allowed. Comments in violation of this policy will be removed. Continued posting of comments that violate this policy will result in the commenter being banned from the site.