Managers reported zero containment and hoped to keep it away from Gold Canyon and Superior. by Associated Press TWEET SHARE 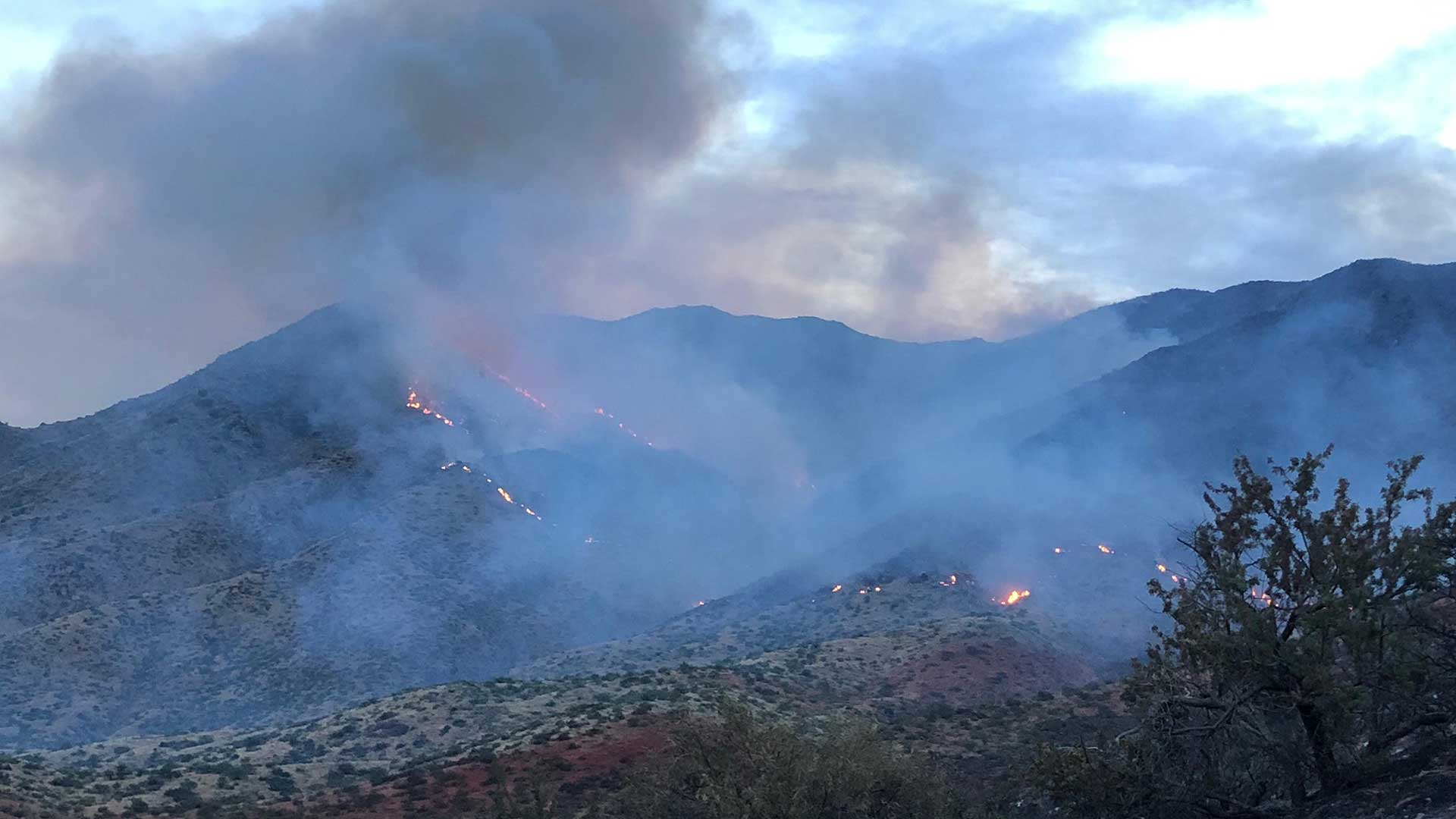 SUPERIOR — Hundreds of firefighters are assigned to an Arizona wildfire that incident managers anticipate will be fanned by strong winds and high temperatures.

The human-caused fire has burned nearly 16 square miles of grass and brush in rugged terrain of the Tonto National Forest in east-central Arizona and is about 11 miles northeast of Gold Canyon in the southeastern outskirts of metro Phoenix.

A top-tier management team assumed command Wednesday, with approximately 450 firefighters and other personnel assigned to the fire as of Thursday.

Zero containment was reported and fire managers said in a statement their goal was to "box in the fire" and push it away from communities such as Gold Canyon and Superior.

An active fire season could be in store for Arizona The world outside, during the pandemic As if firefighting wasn’t dangerous enough, crews grapple with COVID-19
By posting comments, you agree to our
AZPM encourages comments, but comments that contain profanity, unrelated information, threats, libel, defamatory statements, obscenities, pornography or that violate the law are not allowed. Comments that promote commercial products or services are not allowed. Comments in violation of this policy will be removed. Continued posting of comments that violate this policy will result in the commenter being banned from the site.