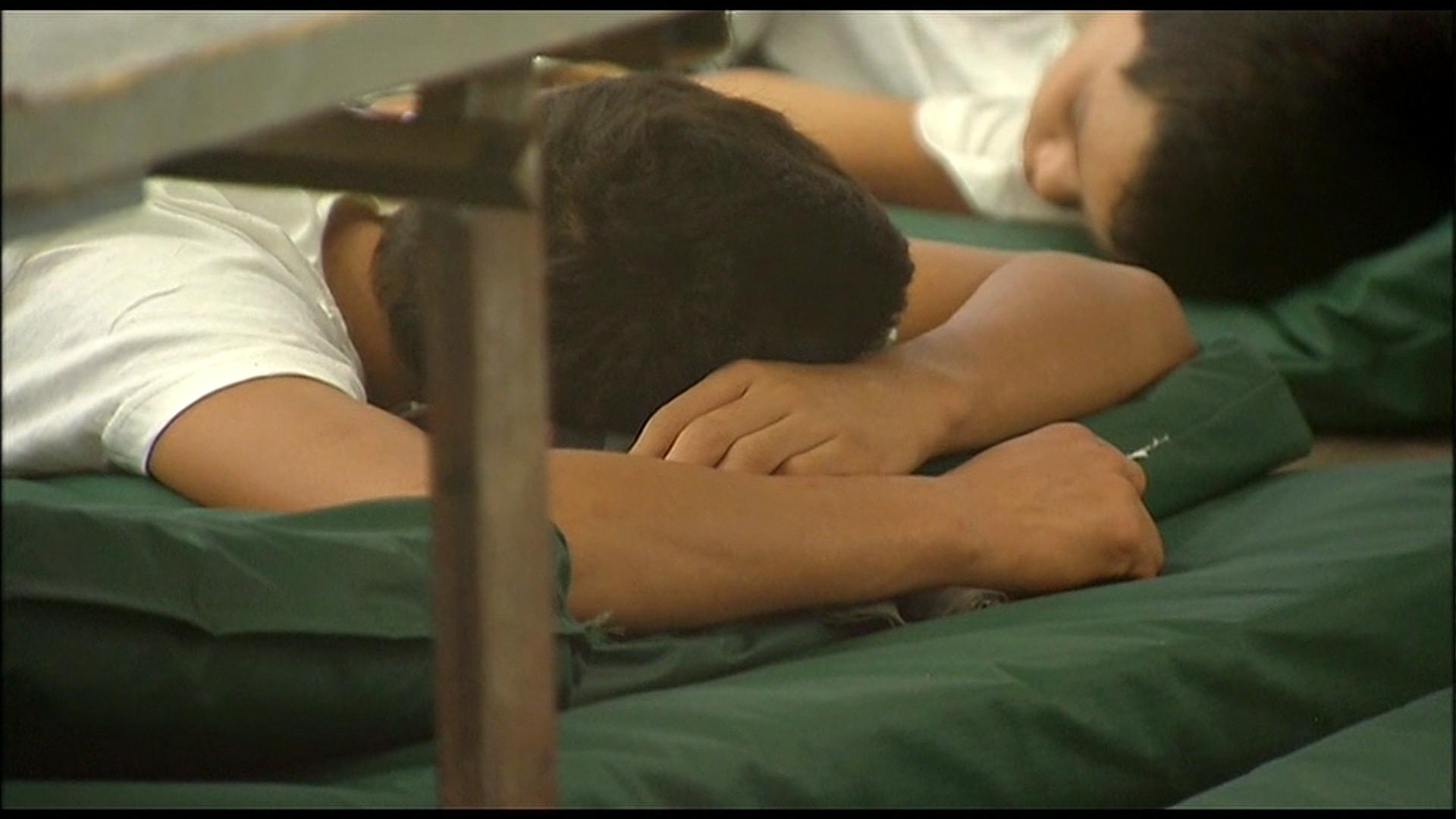 Immigrant children rest at a detention facility in Nogales, Arizona in 2014.
AZPM Staff

The number of unaccompanied migrant children caught at the U.S.-Mexico border spiked again in May to about 11,500, according to new government data.

The Office of Refugee Resettlement, which oversees government-funded shelters in Arizona, is slashing education, legal aid and recreation for migrant kids.

Federal officials said they’ve asked Congress for billions of dollars in emergency money to manage the flow of children arriving at the border, and they’re cutting services not necessary for child safety because federal law requires them to avoid or limit overspending.

But a different federal law and the so-called Flores settlement require education, legal help and recreation for migrant kids.

The conflict will likely go before the federal judge overseeing the Flores case, and she has recently been ruling against the government, said Sarah Pierce, policy analyst with the Migration Policy Institute in Washington, D.C.

“[The government is] going into this case maybe at a disadvantage in that respect. At the same it is completely true that they’re dealing with an unprecedented situation at the southern border,” Pierce said.

An email shared with KJZZ, which was sent by the government to an employee at a shelter provider, said cuts are retroactive to May 22.

Supreme Court ruling could transform how immigration policy is challenged Justices dismiss Trump-era immigration case A record 100 million people have been displaced from their homes worldwide
By posting comments, you agree to our
AZPM encourages comments, but comments that contain profanity, unrelated information, threats, libel, defamatory statements, obscenities, pornography or that violate the law are not allowed. Comments that promote commercial products or services are not allowed. Comments in violation of this policy will be removed. Continued posting of comments that violate this policy will result in the commenter being banned from the site.