× CORONAVIRUS: The latest coverage and local resources regarding COVID-19 from the Arizona Public Media newsroom.
/ Modified may 24, 2019 4:57 p.m. 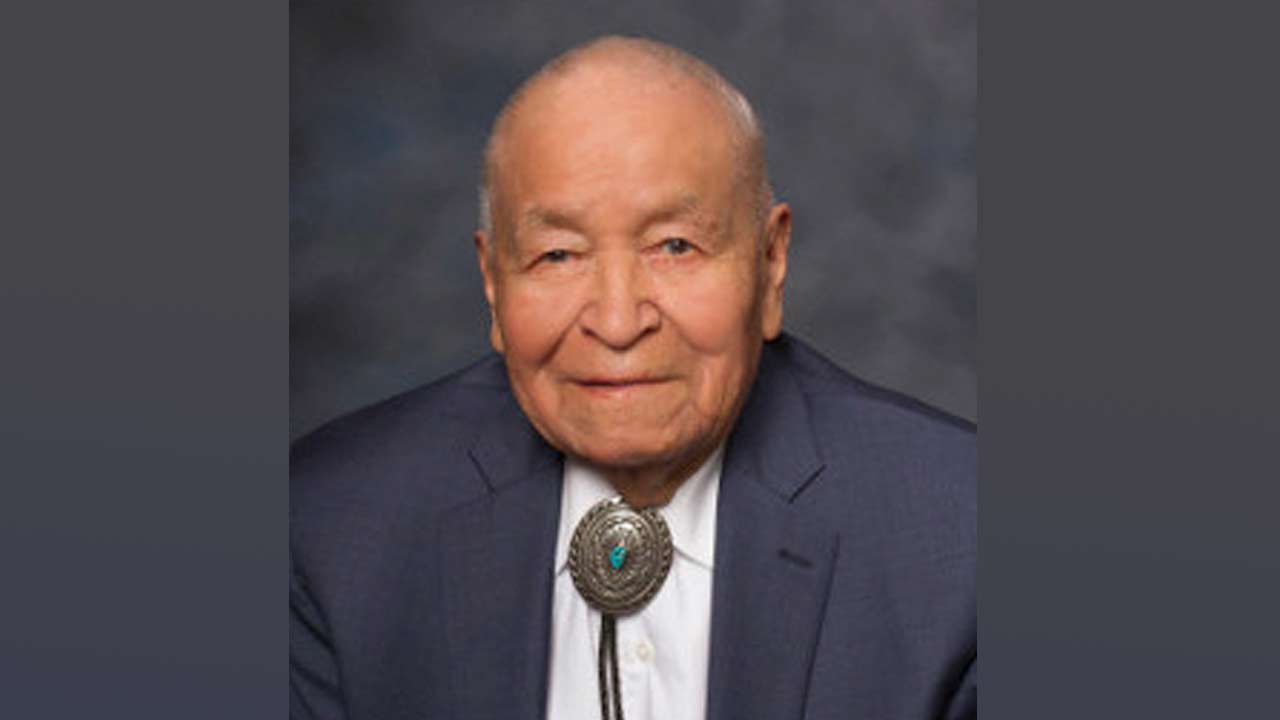 He was a U.S. Marine and one of 400 Navajo Code Talkers who fought in World War II. They used approximately 600 Navajo words to communicate during the war. The program was declassified in 1968, but it wasn't until 2000 that Congress honored the Marines with gold and silver Congressional Medals.

Pinto represented Senate District 3 and served in the New Mexico Senate for more than 40 years. Rick Nez, a delegate on the Navajo Nation Council, says Pinto worked tirelessly to improve roads, senior citizen centers and schools on and off the Navajo Nation.

The Navajo Nation is deeply saddened by the loss of N.M. Sen. John Pinto - a public servant, Navajo Code Talker, and loving family man. He touched the lives of many and brought smiles and laughter to us all. May we all take comfort in knowing that he is with our Creator now. pic.twitter.com/gdjDuS1CPb

Pinto's family released a statement saying he died with his family in Gallup, New Mexico.

House passes defense spending bill banning new uranium mines around Grand Canyon Tribal nations partner with Arizona National Guard for mass COVID-19 testing Daily news roundup: Health care workers promote mask wearing, school districts prepare for online learning
By posting comments, you agree to our
AZPM encourages comments, but comments that contain profanity, unrelated information, threats, libel, defamatory statements, obscenities, pornography or that violate the law are not allowed. Comments that promote commercial products or services are not allowed. Comments in violation of this policy will be removed. Continued posting of comments that violate this policy will result in the commenter being banned from the site.