× CORONAVIRUS: The latest coverage and local resources regarding COVID-19 from the Arizona Public Media newsroom.
/ Modified may 22, 2019 11:14 a.m.

Fossil footprints survive as evidence of the animal occupants of a Northern Arizona desert of dunes that existed before the age of dinosaurs. by Nicholas Gerbis, Arizona Science Desk TWEET SHARE 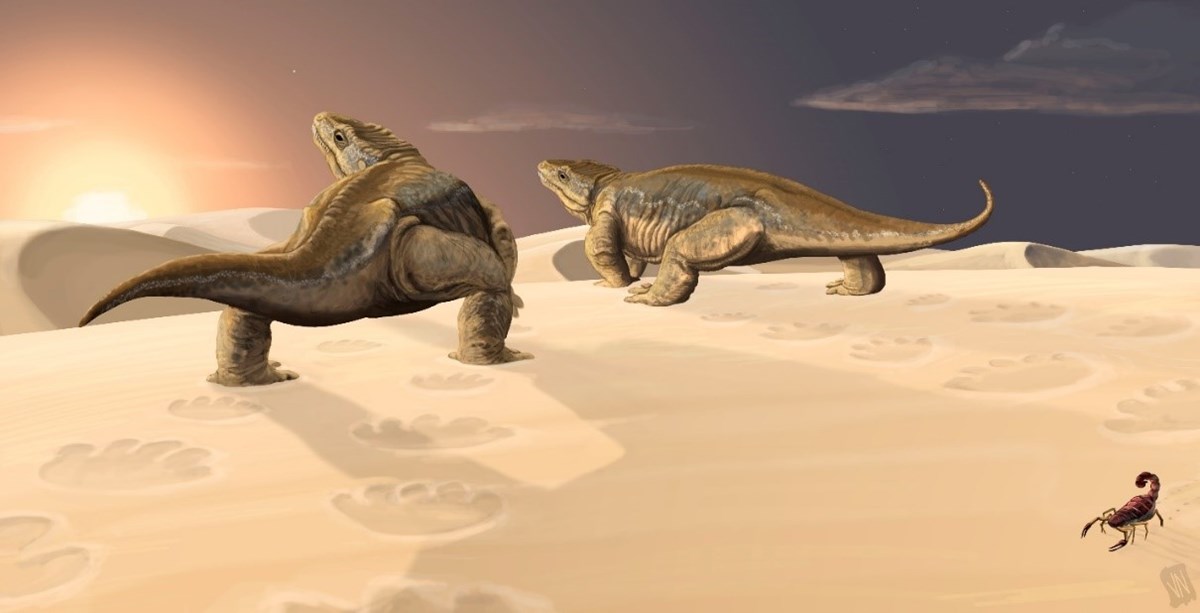 The research appears in the journal Paläontologische Zeitschrift.

Before the age of dinosaurs dawned, Northern Arizona was a desert of dunes and blowing sand. 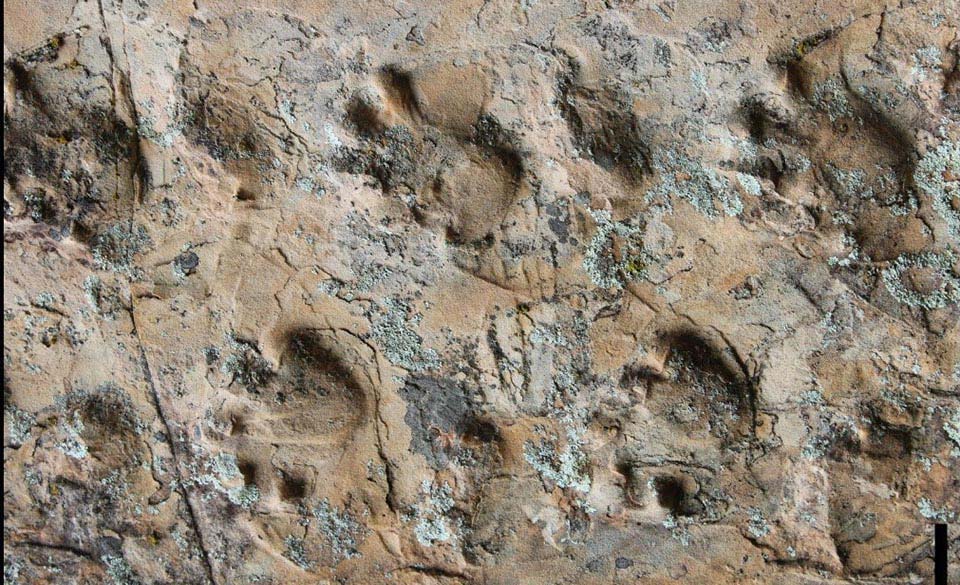 Today, evidence of that desert survives in a 1,000-foot layer of Coconino sandstone.

Of its animal occupants, nothing remains but fossil footprints, found in places like Seligman, Flagstaff and the Grand Canyon area.

Scientists have interpreted the newly found trackways as belonging to a group of four-footed animals called diadectomorphs.

The fossil tracks mark the first evidence of the large reptile-like amphibians living in a desert environment and could help scientists understand how animals first became fully land-dwelling. 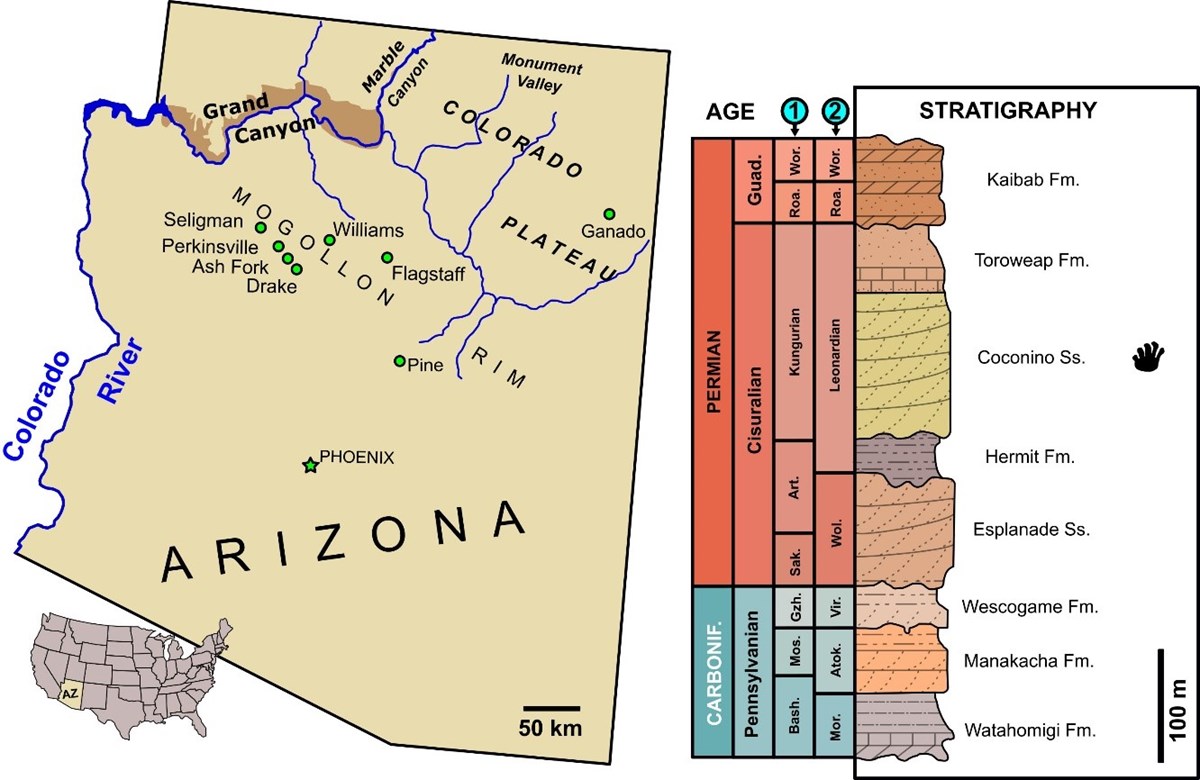 Grand Canyon National Park will start to reopen Friday New model lays out different possibilities for COVID-19 in Arizona Federal program for self-employed leads to jump in Arizona unemployment numbers
By posting comments, you agree to our
AZPM encourages comments, but comments that contain profanity, unrelated information, threats, libel, defamatory statements, obscenities, pornography or that violate the law are not allowed. Comments that promote commercial products or services are not allowed. Comments in violation of this policy will be removed. Continued posting of comments that violate this policy will result in the commenter being banned from the site.