× CORONAVIRUS: The latest coverage and local resources regarding COVID-19 from the Arizona Public Media newsroom.
/ Modified may 9, 2019 1:42 p.m.

Friends have been raising funds for the legal defense of an 18-year-old Desert View High School senior who was arrested during a traffic stop. by Nancy Montoya TWEET SHARE 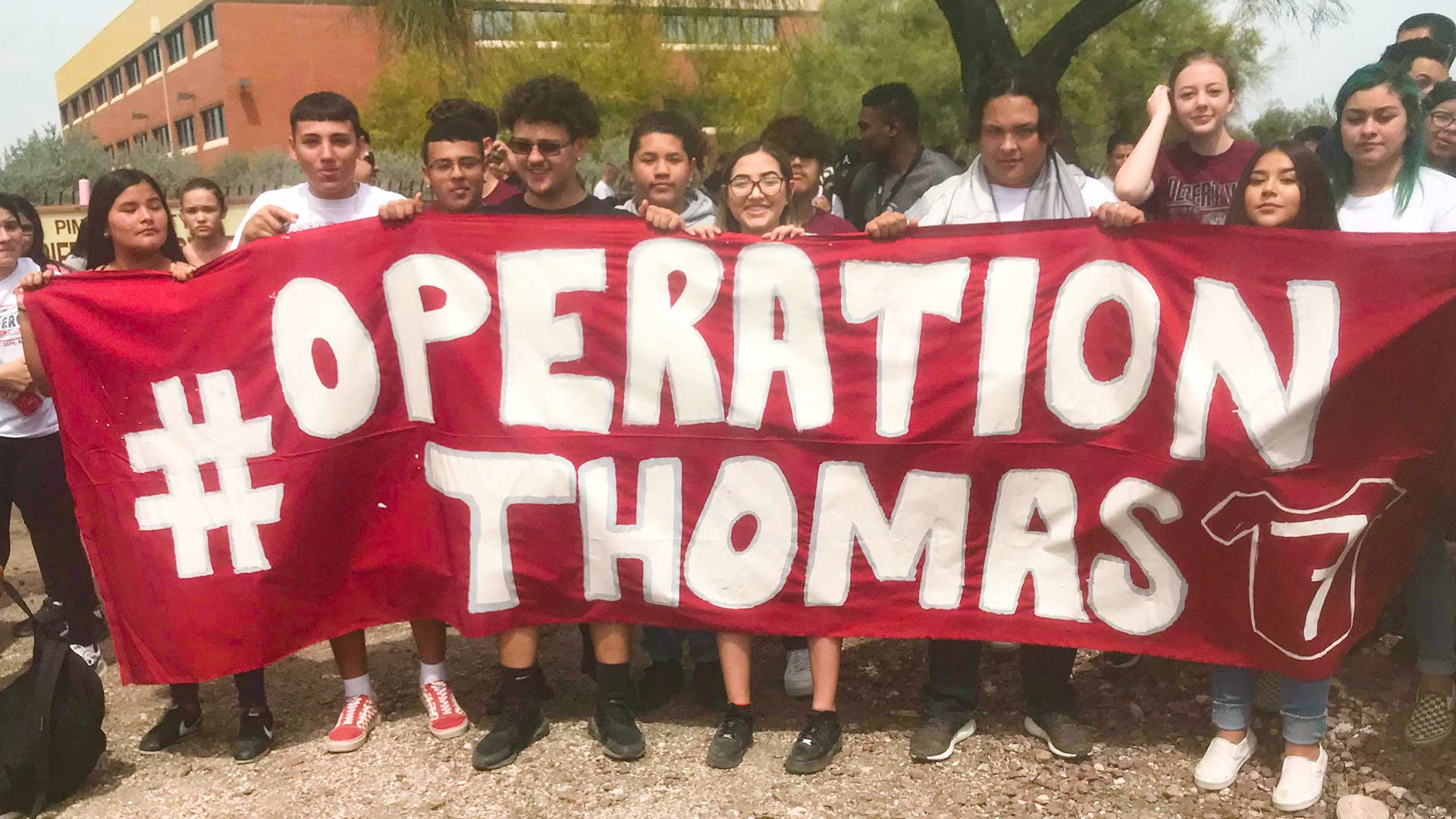 Torres was born in Mexico and has been in the U.S. since he was a toddler. He has lived with Lorena Rodriguez and her two teenaged children for several years, and has played varsity football with her son. Rodriguez says she considers him one of her children.

Torres was stopped by a Pima County Sheriff's deputy for driving a car with expired registration on May 2. Torres told the deputy he was an undocumented immigrant. That's when the deputy called the Border Patrol, which is county policy, according to a statement from the Sheriff's Department.

Torres was arrested and detained for five days.

"He doesn't have any relatives in Mexico. And I was very very stressed and worried about him," when he was detained by Border Patrol, Rodriguez said.

While Torres was in detention, more than 100 students from Desert View organized a walkout. They left the school and walked four miles to the Pima County Sheriff's Department on East Benson Highway. There, they protested the relationship between the Sheriff's Department and Border Patrol.

Torres has now been released, and Rodriguez is trying to help him with his next steps.

"We just need guidance and help in how we can get him his citizenship or something for him not to be deported. To be honest, that's the main concern here," said Rodriguez.

She says his friends hoped to raise $5,000 to pay for an immigration lawyer to begin representing him in his deportation case. A GoFundMe page has raised almost $13,000.

Torres will be able to make his high school graduation later this month. But after that, his future is unclear as he awaits his immigration court date.

Desert View Students Protest Classmate's Detention, Possible Deportation Multiple Court Cases Up Confusion, Anxiety for DACA Recipients Judge Rules Government Must Accept DACA Applications
By posting comments, you agree to our
AZPM encourages comments, but comments that contain profanity, unrelated information, threats, libel, defamatory statements, obscenities, pornography or that violate the law are not allowed. Comments that promote commercial products or services are not allowed. Comments in violation of this policy will be removed. Continued posting of comments that violate this policy will result in the commenter being banned from the site.