The Tucson city manager's office says that for now, it will work with the nonprofit community to relieve the overflow of migrants being dropped off by Border Patrol. by Nancy Montoya TWEET SHARE 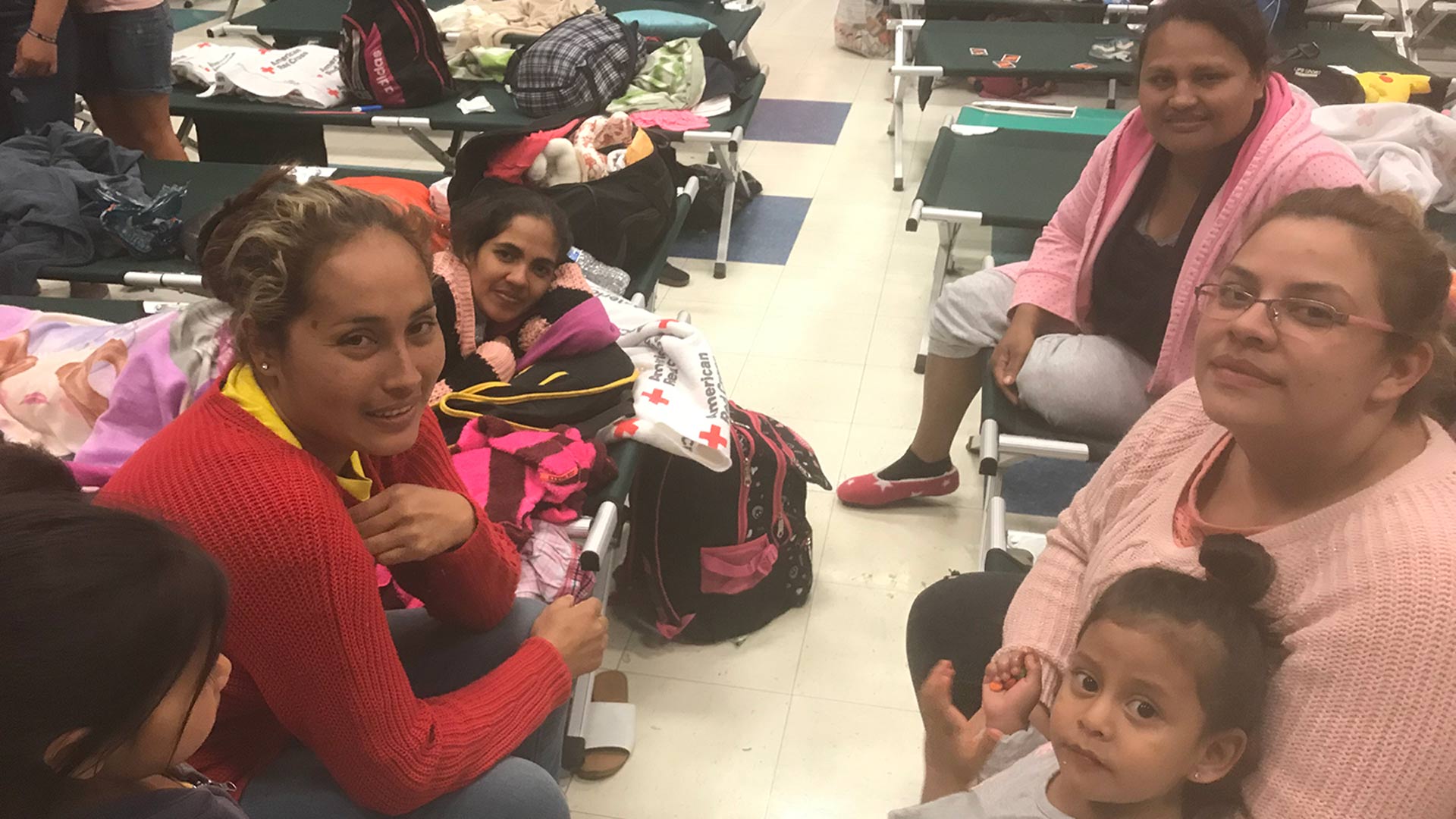 Mothers who made the journey from Guatemala with their children. They are staying at a temporary make shift shelter opened by the City of Tucson when shelter space with nonprofits had reached capacity. (April 18, 2019)
Nancy Montoya, AZPM
The Tucson City Manager's office says an overflow migrant shelter opened at a city recreation center this week was a humanitarian decision, but also takes public health and safety into account.


A spokesman for the Tucson city manager, Andy Squire, said "How do we address this because it becomes a public health and safety issue, if you have several hundred people potentially dropped off at a facility that is not equipped to handle them? They're not from here, they don't know anyone, they have no resources, what do they do."

The city learned that there was no room at local migrant shelters when Teresa Cavendish, with Catholic Community Services announced that local nonprofits needed help, immediately. The organization coordinates the efforts of seven interdenominational shelters in Tucson that are working together to manage the large numbers of migrants being dropped off by Border Patrol.

"Border Patrol told me that if shelters were at capacity, they would have to start dropping off hundreds of families with children at the Tucson Greyhound Bus Depot to fend for themselves," Cavendish said. That's when she contacted Tucson officials.

Egalan Perez, 34, said he feared he and his 5-year-old daughter would be left at the bus depot. His sister is waiting for them in Cincinnati and was able to send money to purchase a bus tickets for both of them, but Perez said he didn't know how to organize the transfer.

Perez said that he and his child were able to sleep, eat and get help with making bus arrangements from volunteers who showed up at the city's temporary rec shelter. The two left town Friday at 1 a.m., and are now on the road. He aid that volunteers also gave them fresh clothes and food for the trip.

Squire said the shelter at the rec center was temporary and that the Tucson City Council would have to decide if it has the resources to keep the shelter open as long as necessary.

Pima County Seeks Funding for Migrant Shelters Asylum Seekers Waiting in Mexico Seek to Stay in US Group Pledges to Help Asylum Seekers Fleeing Domestic Violence Despite Ruling
By posting comments, you agree to our
AZPM encourages comments, but comments that contain profanity, unrelated information, threats, libel, defamatory statements, obscenities, pornography or that violate the law are not allowed. Comments that promote commercial products or services are not allowed. Comments in violation of this policy will be removed. Continued posting of comments that violate this policy will result in the commenter being banned from the site.