The University of Arizona hosted students competing in the state level of the National Geographic GeoBee. by Nick O'Gara Tweet 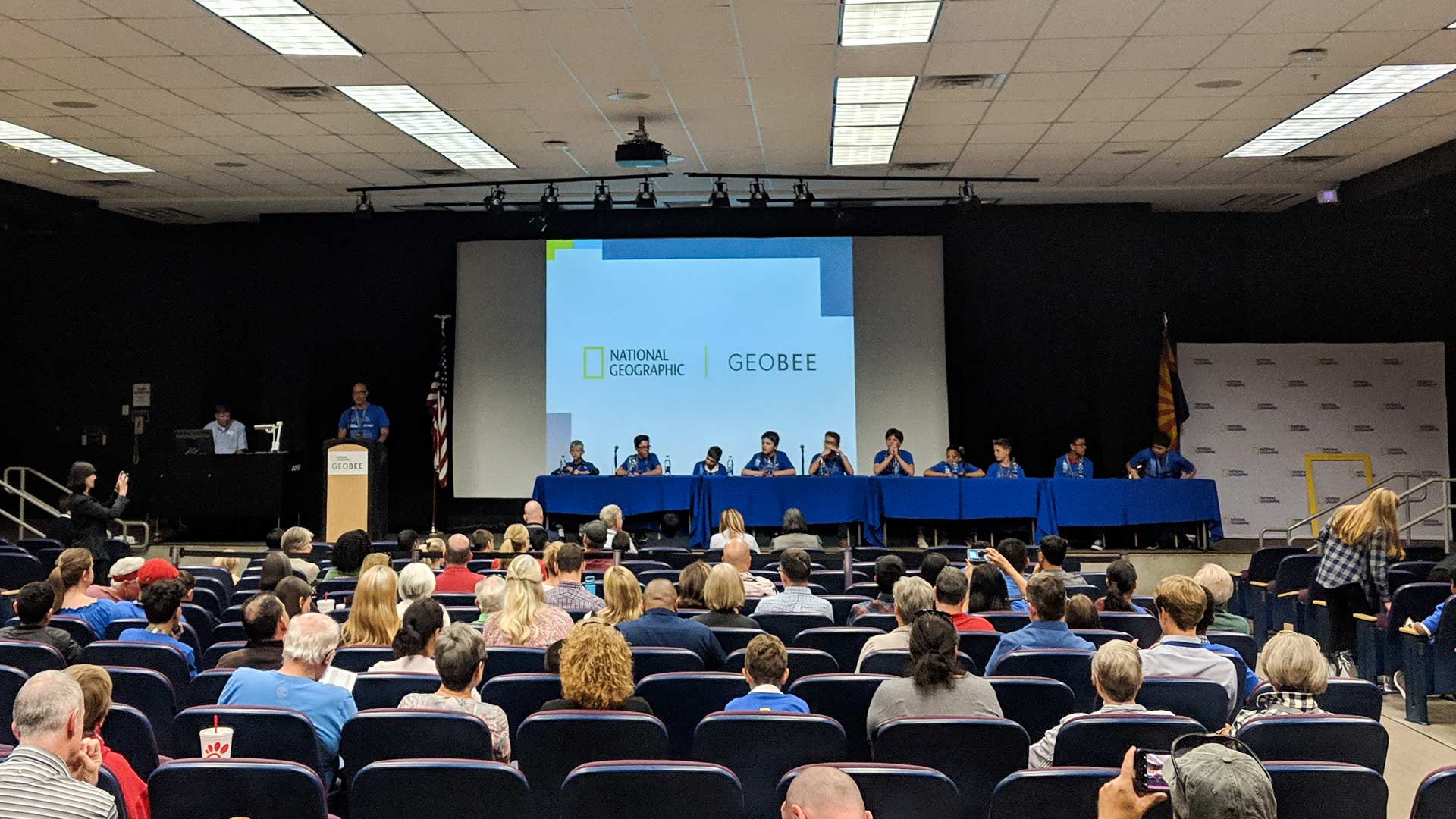 Ten finalists in the 2019 Arizona National Geographic GeoBee prepare for the final round.
Nick O'Gara/AZPM

Around 100 students and their families traveled to the University of Arizona campus from all over the state Friday to see if their geographical knowledge could earn them a trip to Washington, D.C., to compete against their peers nationally.

As in other states, the Arizona National Geographic GeoBee starts at the school level, where approximately 200 fourth- to eighth-grade students competed, according to coordinator Rebecca Seybert. She says it typically draws students with broad knowledge.

"They have interests in music and history and math and geography. ... They just have a good knowledge of probably a lot of things," Seybert said.

Stefano Bloch, an assistant professor in the UA School of Geography and Development, moderated the finals, and says the energy and enthusiasm in the room is heartwarming to geographers like him.

"I so wish they would all contact me in 10 years, or five years, and tell me where they're going to school and what they're majoring in. And even if it's not geography, they're still geographers. They'll always be geographers," Bloch said.

Christian Aquino of Kingman knew the name of the body of water separating the Australian states of Tasmania and Victoria (the Bass Strait), winning him $1,000 and a spot in the national competition in May.

Seybert says coordinating the event is a "labor of love," but added this would be her last year. She's a retired teacher of 40 years who has been part of the event for 23, and says she would like to hand off the duties and get some younger people involved.

Arizona House GOP backs universal school voucher expansion Making college credits easier to access in Cochise County House committee advances school voucher expansion
By posting comments, you agree to our
AZPM encourages comments, but comments that contain profanity, unrelated information, threats, libel, defamatory statements, obscenities, pornography or that violate the law are not allowed. Comments that promote commercial products or services are not allowed. Comments in violation of this policy will be removed. Continued posting of comments that violate this policy will result in the commenter being banned from the site.