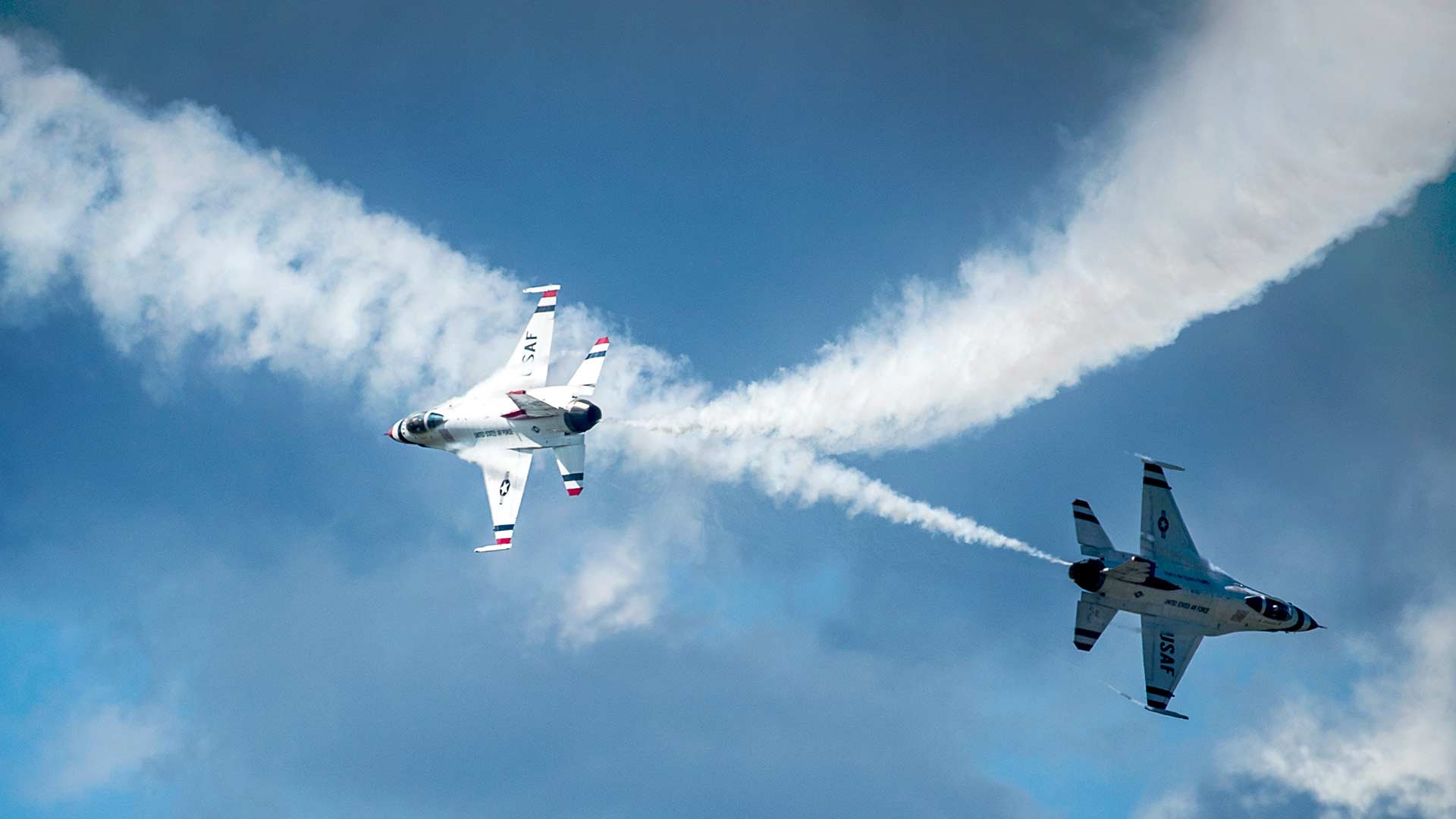 USAF Thunderbirds perform a maneuver during a practice show in Montana, 2014.
Department of Defense

Spectators will be granted rare access to the Davis-Monthan Air Force Base grounds Saturday and Sunday for the Thunder and Lightning Over Arizona air show and open house.

The air show used to be an annual event. The Air Force has now switched it to alternating years, sharing time with Luke Air Force Base.

Davis-Monthan base commander Col. Michael Drowley says spectators will enjoy dynamic displays on the ground and in the air.

"We'll have the demonstration teams that will show those in execution and in flight," he said. "We're going to do a search and rescue demo, so we'll have some pyro and fireworks going off to make some loud booms and get some 'oohs' and 'aahs' out of that."

Uber Says it Will Offer Rides at Davis-Monthan Air Force Base New Commander at Davis-Monthan HHS Considering Housing Immigrant Children at Military Bases
By posting comments, you agree to our
AZPM encourages comments, but comments that contain profanity, unrelated information, threats, libel, defamatory statements, obscenities, pornography or that violate the law are not allowed. Comments that promote commercial products or services are not allowed. Comments in violation of this policy will be removed. Continued posting of comments that violate this policy will result in the commenter being banned from the site.