Most of Southern Arizona, like California, is currently free of drought.

According to the U.S. Drought Monitor, Pima, Cochise and Santa Cruz Counties are not in a drought this week. But climatologist Curtis Riganti at the National Drought Mitigation Center in Lincoln, Nebraska, said residents of Pima County should not expect those conditions to last.

"It's definitely an area that has seen its fair share of significant droughts over the past 15 years. They should be prepared for more," said Riganti.

This time last year, all three of these counties had areas in severe drought. Riganti said in March 2018 all of Pima County was experiencing at least some severe drought, while a quarter of the county was in an extreme drought. 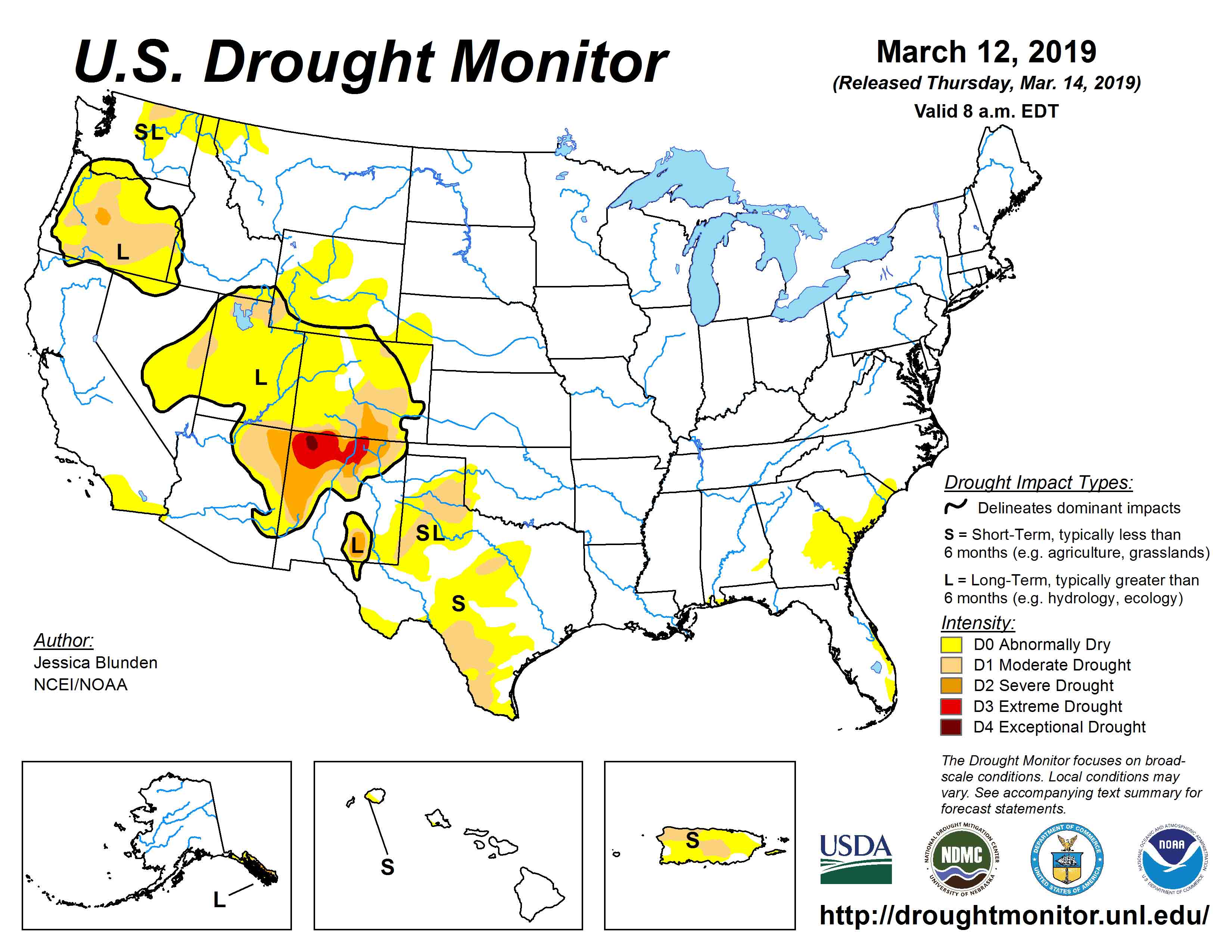 Challenges Facing Arizona Farmers as Need to Conserve Water Intensifies Arizona housing growth tees up opportunity for water investors Border wall construction results in 'loss of trust' from community
By posting comments, you agree to our
AZPM encourages comments, but comments that contain profanity, unrelated information, threats, libel, defamatory statements, obscenities, pornography or that violate the law are not allowed. Comments that promote commercial products or services are not allowed. Comments in violation of this policy will be removed. Continued posting of comments that violate this policy will result in the commenter being banned from the site.