The limited edition series will come out this year. Tweet 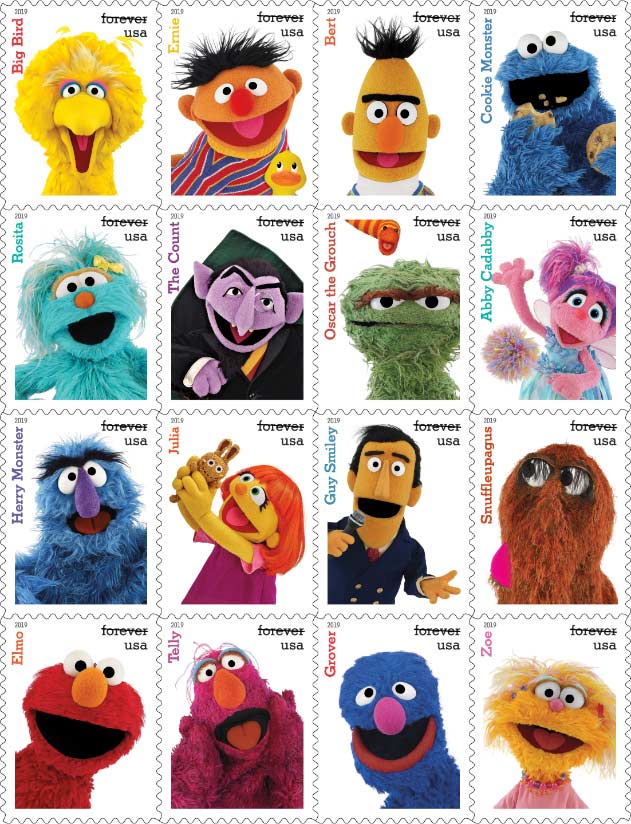 The United States Postal Service announced it is releasing a series of stamps bearing the faces of characters from the long-running television show "Sesame Street."

Calling it "one of the most influential and beloved children's television shows," the stamps will carry images of 16 of the show's well-known characters, including Big Bird, Ernie, Bert, Cookie Monster, Oscar the Grouch, Elmo and Snuffleupagus, the USPS said.

The exact availability dates weren't included in the announcement. The USPS at the same time announced it would release limited edition stamps bearing images of Tyrannosaurus rex and "spooky silhouettes."

"Sesame Street" started airing on PBS 50 years ago, and in 2015 moved episode premieres to HBO, making those episodes available to PBS after a delay, according to PBS Newshour. The show does an estimated $100 million in business per year.

Ducey vetoes voter registration bill Governor heads to Israel Justices dismiss Trump-era immigration case
By posting comments, you agree to our
AZPM encourages comments, but comments that contain profanity, unrelated information, threats, libel, defamatory statements, obscenities, pornography or that violate the law are not allowed. Comments that promote commercial products or services are not allowed. Comments in violation of this policy will be removed. Continued posting of comments that violate this policy will result in the commenter being banned from the site.