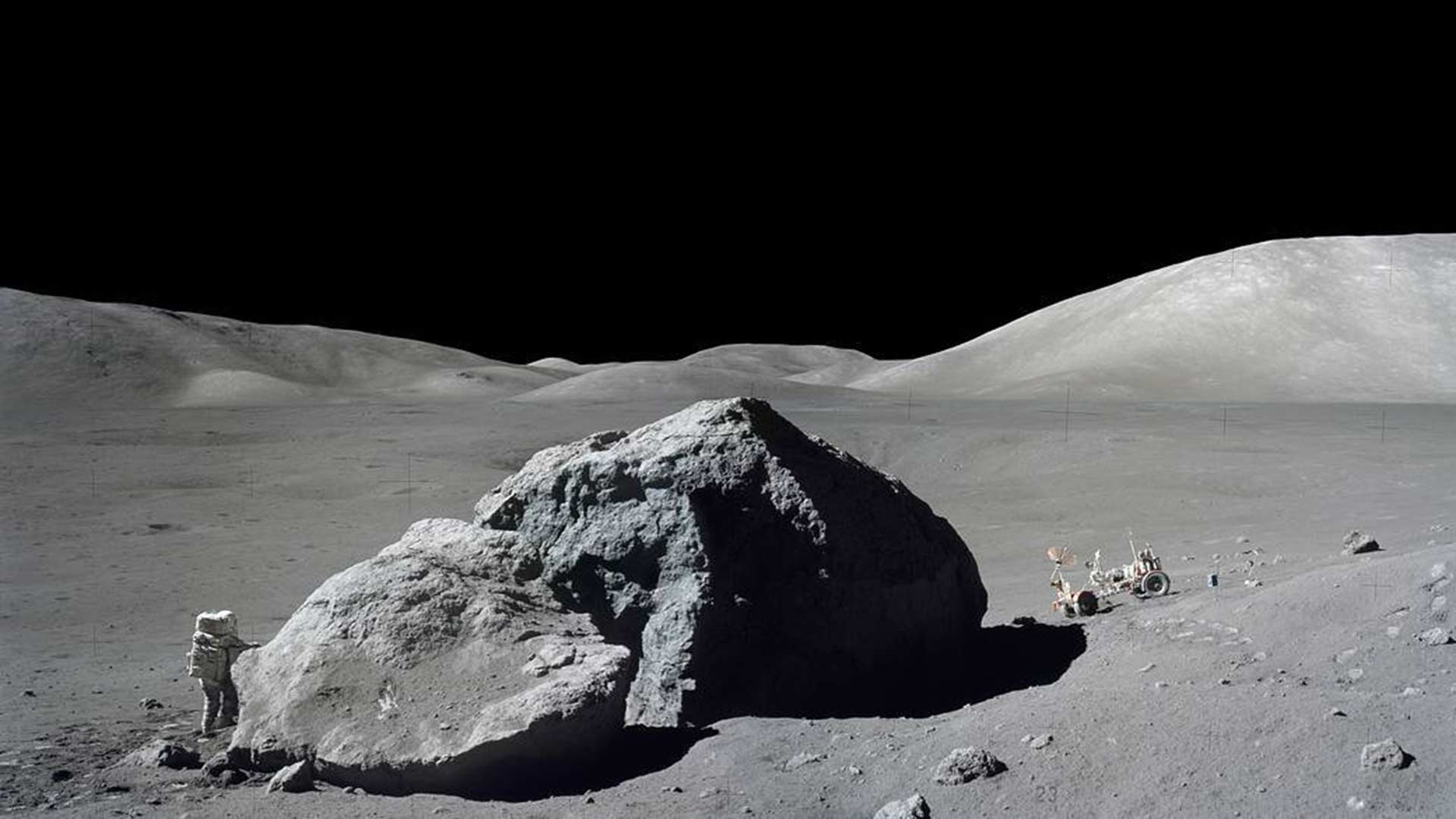 Harrison H. Schmitt stands next to a split lunar boulder on the Apollo 17 mission in this photo from Dec. 13, 1972.
NASA

Planetary scientists at the University of Arizona are among a group getting to look at some of the last soil samples collected from the moon by American astronauts.

The samples are from the Apollo 17 mission, which landed on the moon in December, 1972. Some of the soil that the astronauts brought back was put into cold storage. Researcher Jessica Barnes notes moon rocks haven't yielded all their secrets.

"We're still learning so much, and this is partly because we are able to apply new technologies to samples that were collected almost 50 years ago," she said.

Barnes will be joined by fellow UA lunar scientist Tom Zega and researchers from three other universities along with the Johnson Space Center in Houston, Texas.

Apollo 17 was the final mission in which people visited the moon. Barnes and her team expect their project's results will help scientists handle the sample that the UA-led OSIRIS-REx spacecraft will bring back from the asteroid Bennu in 2023.

Episode 166: OSIRIS-REx and the Search for a Sample Site on Bennu Rare Lunar Eclipse-'Supermoon' to Create Striking Visual Experience NOVA: Apollo's Daring Mission
By posting comments, you agree to our
AZPM encourages comments, but comments that contain profanity, unrelated information, threats, libel, defamatory statements, obscenities, pornography or that violate the law are not allowed. Comments that promote commercial products or services are not allowed. Comments in violation of this policy will be removed. Continued posting of comments that violate this policy will result in the commenter being banned from the site.