Sonoran Desert Inspires 'Next Generation' Researchers To 'Shake Things Up' 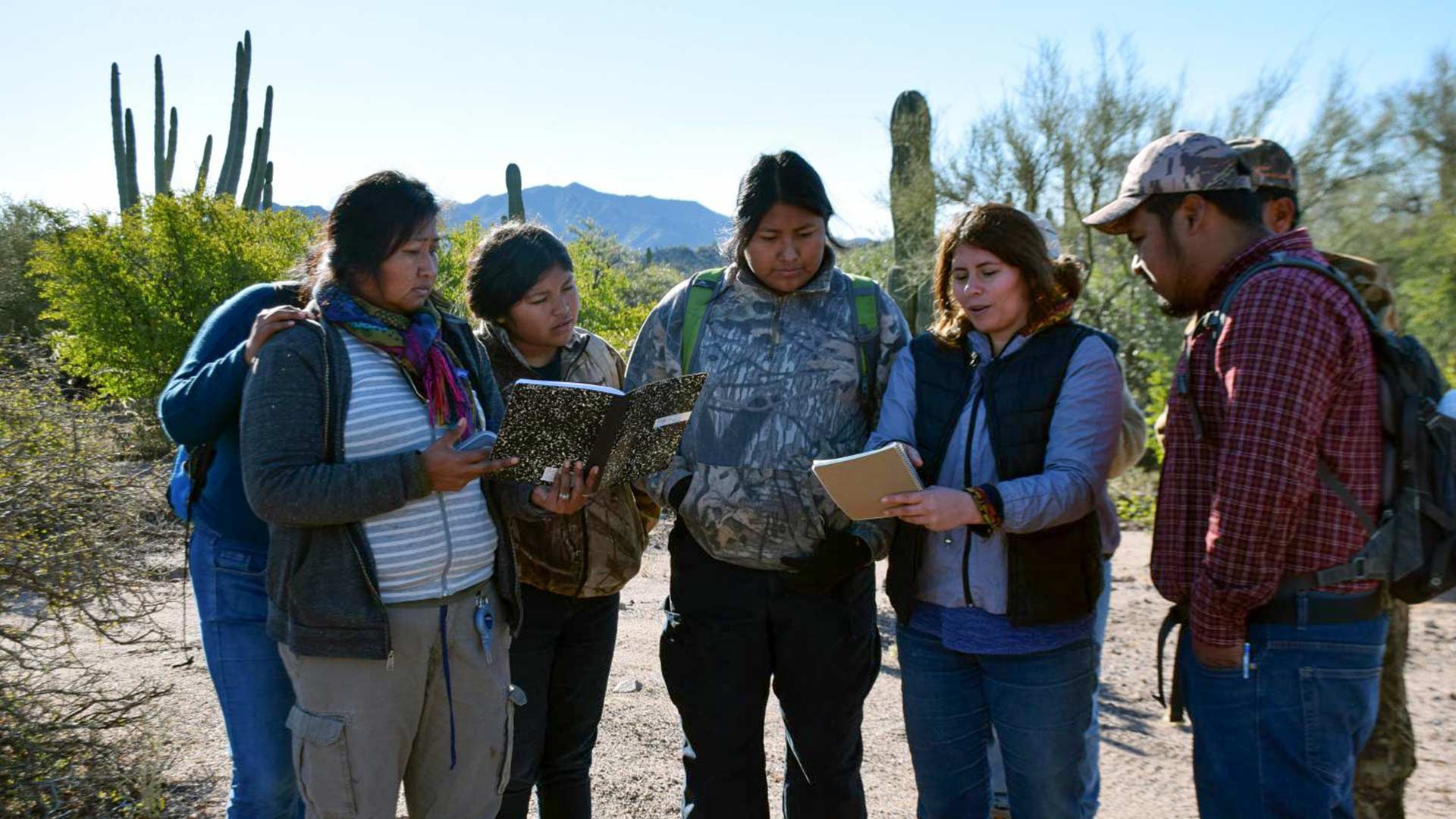 There’s one thing that connects the more than 900 members of the binational group Next Generation Sonoran Desert Researchers, or NGen for short.

“The region that we’re in here in the Sonoran Desert is immensely beautiful and mesmerizing," said Ben Wilder, NGen director.

And for David Dearmore, a budding acoustic ecologist: “I really have fallen in love with it. I know I want to stay here for my whole life.”

These researchers are tied together by their passion for the Sonoran Desert. They all work in its expansive mountain ranges and vast deserts that stretch through Arizona and California, down to the Sea of Cortez in northern Mexico. 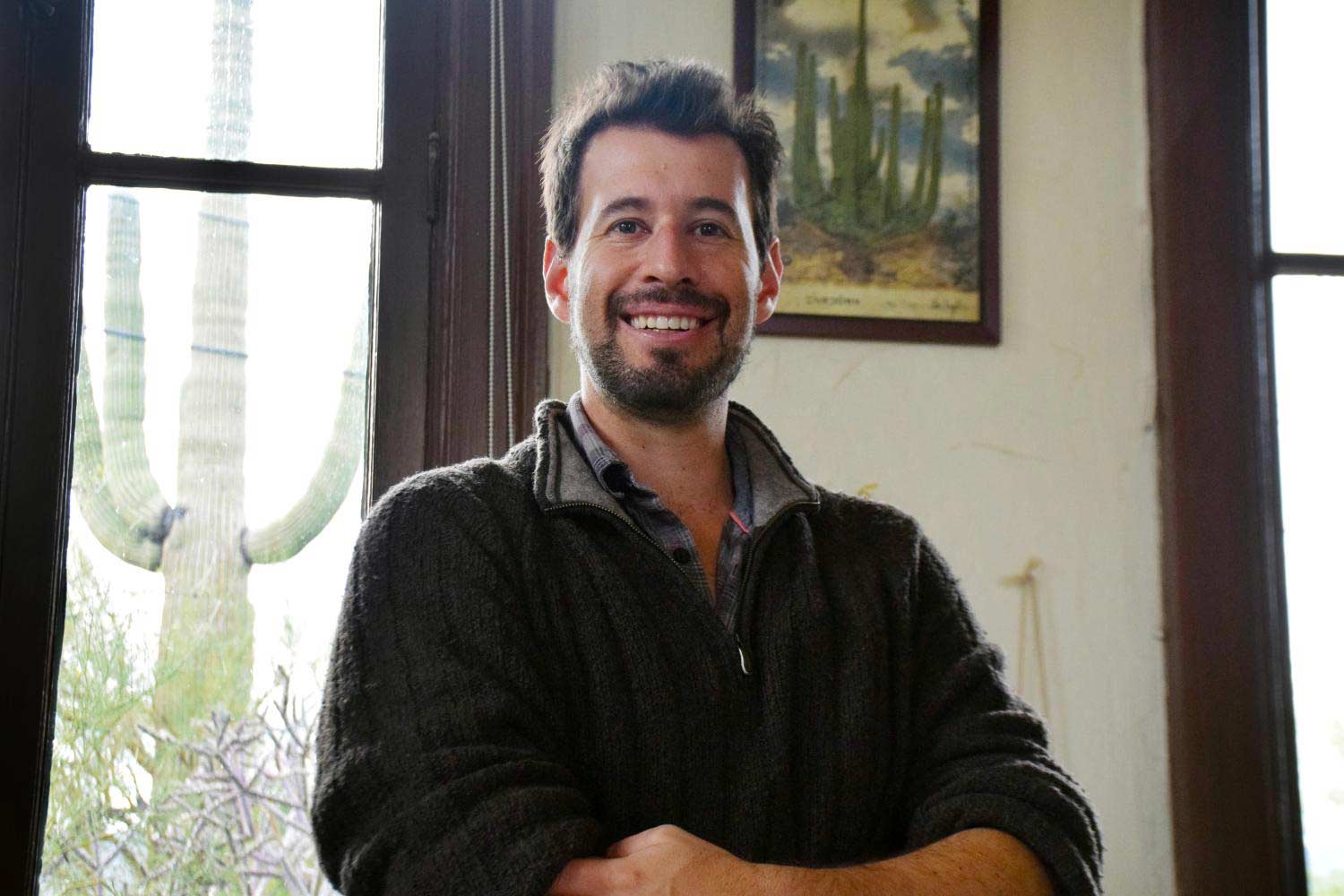 VIEW LARGER Ben Wilder, director of Next Generation Sonoran Desert Researchers, in his office at the University of Arizona Desert Laboratory on Tumamoc Hill in Tucson.
Kendal Blust/Fronteras Desk

NGen was created almost nine years ago to bring together young researchers committed and passionate about studying this region, said Wilder. And to tackle conservation challenges like climate change, mega-development or a border wall with a different approach to research.

“The approaches that we’ve taken to science, to conservation — we’re losing a lot of battles right now," he said.

So NGen is trying new things, like combining art and science and reaching across academic disciplines.

“And using that new, fresh perspective to shake things up," he said. "All of the challenges we face right now require new ways of thinking.”

One example: a pair of habitat conservation projects in a small indigenous village of the Comcaac people, often called Seris, on Mexico’s Sea of Cortez. 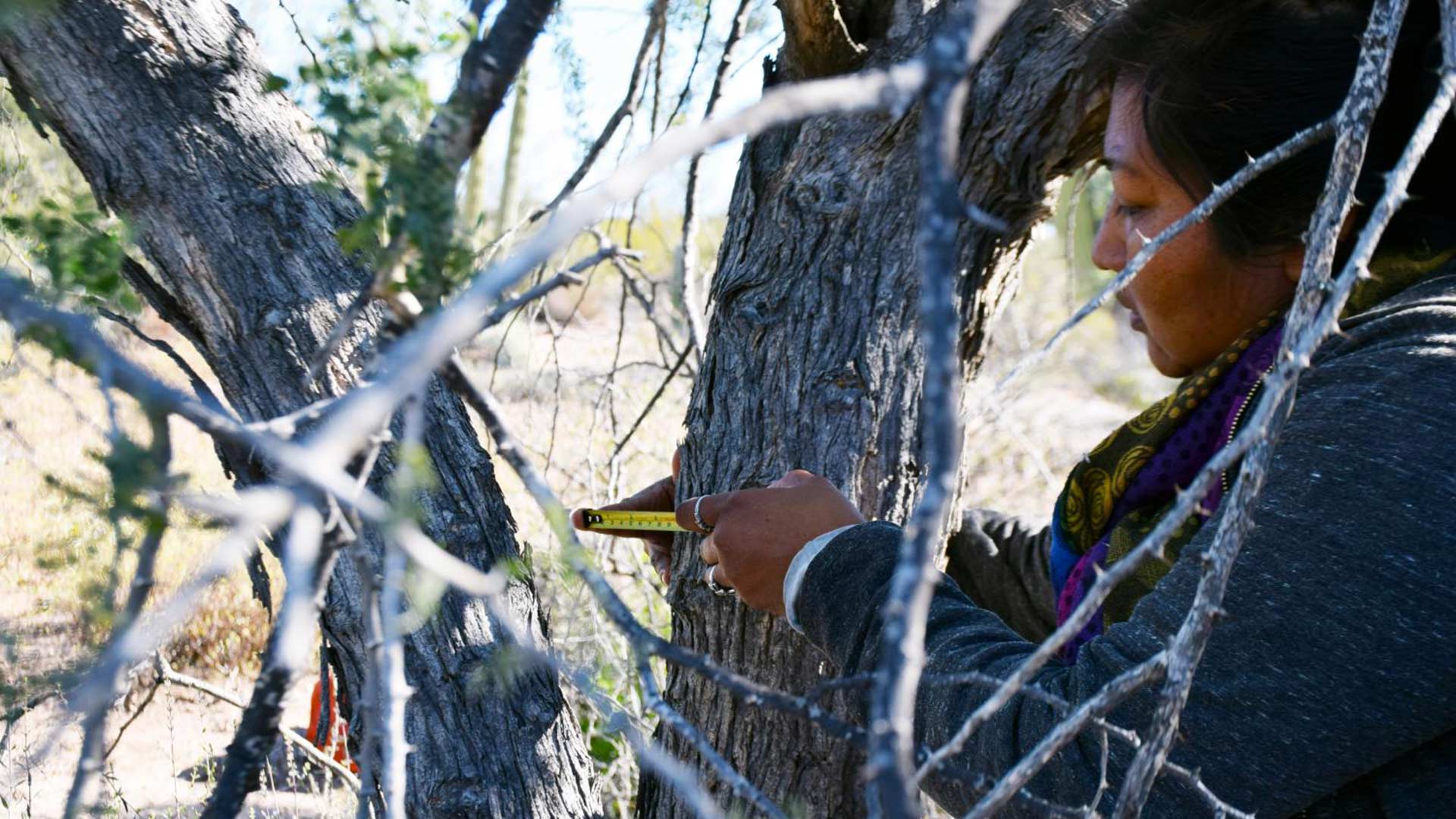 On a recent Saturday, researchers packed their cars in the little fishing village of El Desemboque, then took off on narrow dirt roads, leaving the sea and the town’s simple flat-roofed stucco houses behind as they bumped and rattled into the desert wilderness of the surrounding mountains.

Local Comcaac ecologist Mayra Estrella is leading a study out here about the health of ironwood, mesquite and mangrove trees. Because these trees, especially the ironwood, are sacred, she said.

"It's really sacred to me, and for the community," she said. "It a story, a history."

In the Comcaac community, ironwood is used in traditional medicine, for shade, firewood and intricate figurine carvings.

And while Estrella and her team measured the trees and documents the species diversity around them, acoustic-ecologist-in-training David Dearmore collected sounds in the same environment.

He tucked small microphones into the crevices of trees to record them creaking and swaying in the wind.

Then he arranged them on a cactus, showing two Comcaac students how to pluck and play the thorns to make different sounds. 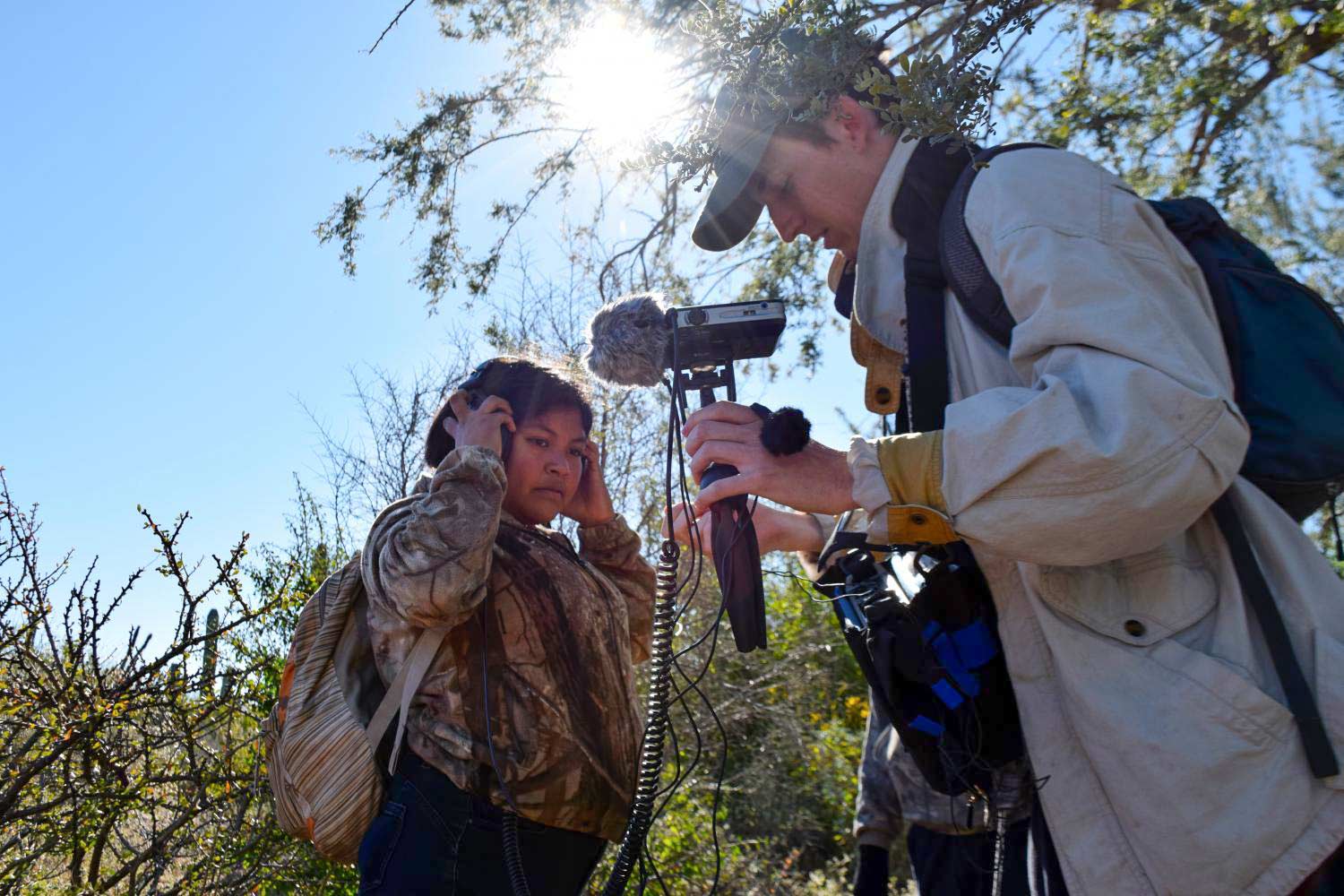 Nested beneath the branches of a large ironwood tree to escape the wind, he knelt in front of Estrella, who sang a song to the mesquite tree.

Then arranged the mics to pick up the voice of village elder Manuel Montoy, a tall, lanky man dressed from head to toe in slightly mismatched camouflage. As he sangs an ancestral song about the connection between humans and nature, the creases around his eyes deepened into a smile.

But for Dearmore, a 20-year-old who’s not in college, it’s hard to get support for his work, he said.

“You don’t see a lot of groups that are specifically focused on helping young people out without some sort of attachment to college," he said.

But NGen is the exception, awarding him a grant for his acoustic ecology project in El Desemboque.

Michelle Early, NGen associate director said the grant are "for projects that are interdisciplinary, transdisciplinary, innovative, and that maybe wouldn’t be able to be funded through traditional outlets.”

NGen wants to give people from different backgrounds an equal place at the table, she said. It’s that network of shared knowledge and perspectives that gives NGen its strength.

Tohono O'odham Nation donating $1 million to UA for COVID-19 research In Yellowstone, America's 'first water park,' decades-old blaze marked start of megafire era NPS closes route to Quitobaquito Springs
By posting comments, you agree to our
AZPM encourages comments, but comments that contain profanity, unrelated information, threats, libel, defamatory statements, obscenities, pornography or that violate the law are not allowed. Comments that promote commercial products or services are not allowed. Comments in violation of this policy will be removed. Continued posting of comments that violate this policy will result in the commenter being banned from the site.