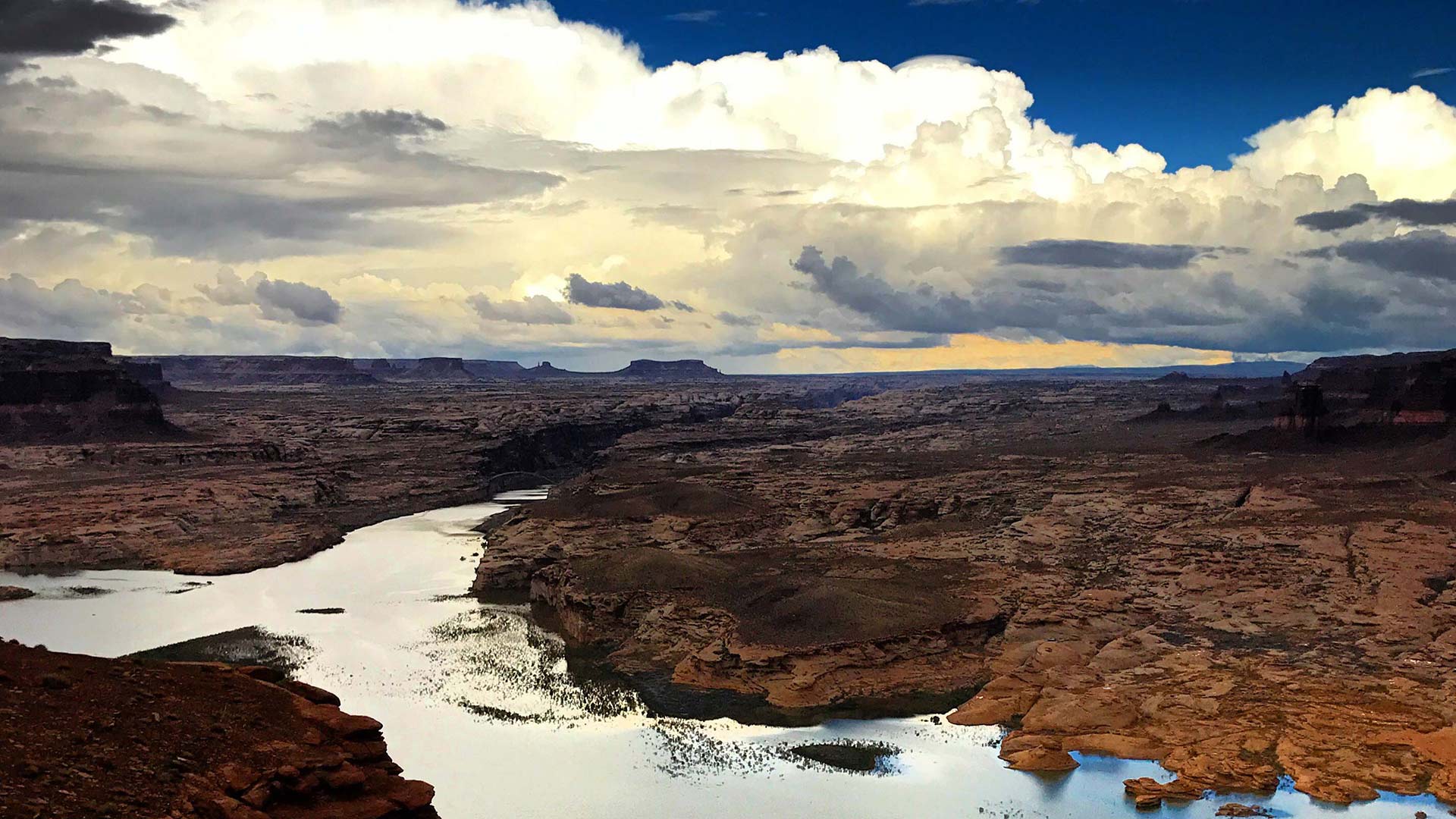 A view of the northern end of Lake Powell, near Hite, Utah.
Vanessa Barchfield/AZPM

PHOENIX — A top Arizona Democrat is accusing the Republican House speaker of risking the collapse of a drought plan for the Colorado River by pushing legislation that has angered the Gila River Indian Community, a key player in the negotiations.

House Democratic leader Charlene Fernandez said Friday that Speaker Rusty Bowers is on the verge of tanking the plan and destroying the agricultural economy of central Arizona.

Gila River Gov. Stephen Roe Lewis says a bill that Bowers introduced threatens water rights the tribe gained through a landmark settlement in 2004 after a decades-long battle. Lewis says the tribe can't sign on to the drought plan unless it gets a "reliable indication" the bill won't move forward.

Arizona faces a March 4 deadline to get agreements from all parties, including the Gila River community.

Bill That Nearly Scuttled Drought Plan Shelved Arizona housing growth tees up opportunity for water investors Border wall construction results in 'loss of trust' from community
By posting comments, you agree to our
AZPM encourages comments, but comments that contain profanity, unrelated information, threats, libel, defamatory statements, obscenities, pornography or that violate the law are not allowed. Comments that promote commercial products or services are not allowed. Comments in violation of this policy will be removed. Continued posting of comments that violate this policy will result in the commenter being banned from the site.