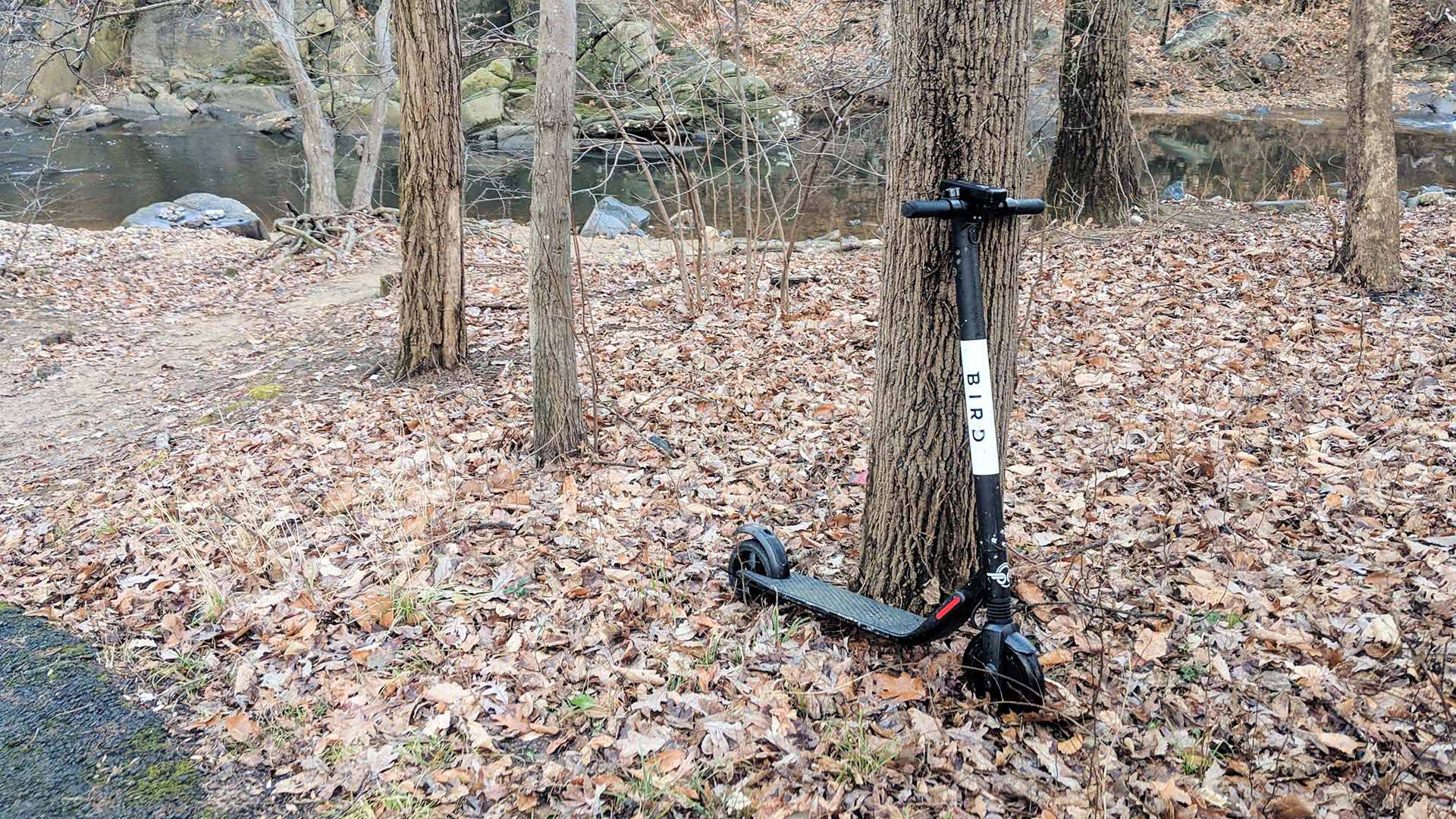 An e-scooter left beside a trail in a park in the Washington, D.C., area.
Nick O'Gara/AZPM

A state Senate committee passed a bill on Wednesday that would establish statewide definitions of electric standup scooters and electric miniature scooters, which are commonly used by children.

The Transportation and Public Safety Committee agreed with the bill's sponsor, Republican Sen. Tyler Pace of Mesa, that clearer definitions of electric standup scooters and electric miniature scooters are needed.

"I've had many stakeholders come to my office, including these children and parents and different things, come and say, 'How come I can't ride my personal electric scooter to school?'" said Pace.

"What we're getting at this point is a common definition of what is a scooter, whether it's the weight, the speed — those sort of things. That helps us in our working with local jurisdictions," said Goodman.

The bill defines an electric miniature scooter as a device that weighs less than 30 pounds and does not exceed speeds of 10 mph. The standup e-scooters weigh up to 75 pounds and top out at 20 mph.

Tucson city staff members wrote a draft of a pilot program for electric standup scooters in January, but Tucson City Council rejected it. It sent the draft back to staffers for revisions.

At that meeting council member Steve Kozachik said he was concerned how the dockless e-scooters would impact Fourth Avenue and areas near the University of Arizona.

Others on the council asked questions about the cost and safety of the scooter program.

The pilot program will be voted on by Tucson City Council on March 19.

The state committee passed the bill unanimously. It now heads to the full Senate.

After Supreme Court ruling, local DACA recipients eye more permanent solutions Daily News Roundup: TPD chief offers resignation, record COVID-19 deaths State budget takes another COVID-19 hit
By posting comments, you agree to our
AZPM encourages comments, but comments that contain profanity, unrelated information, threats, libel, defamatory statements, obscenities, pornography or that violate the law are not allowed. Comments that promote commercial products or services are not allowed. Comments in violation of this policy will be removed. Continued posting of comments that violate this policy will result in the commenter being banned from the site.