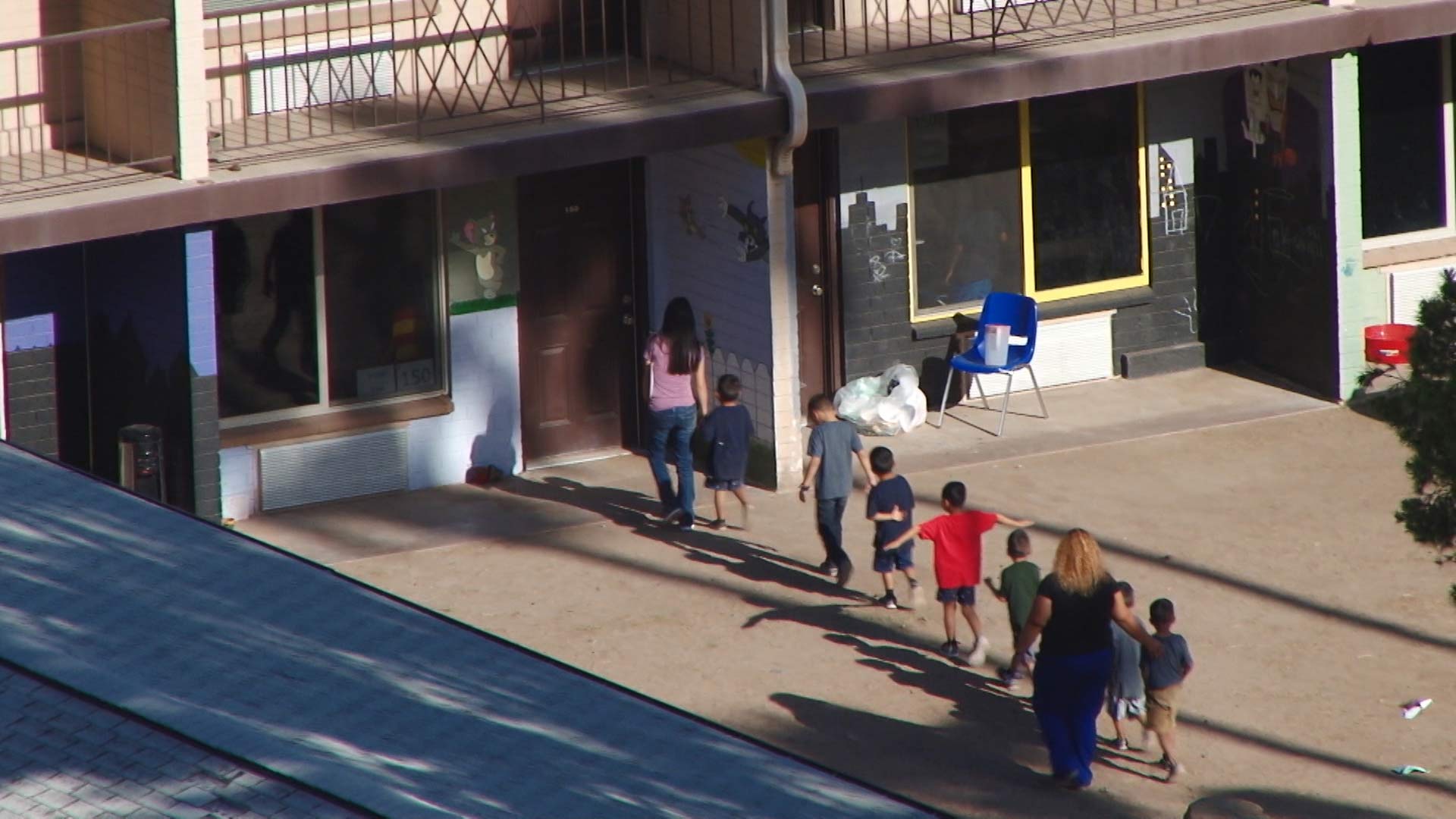 Children seen on the grounds of the Southwest Key facility in Tucson, Arizona, July 7, 2018.
AZPM

Southwest Key Programs has asked state health officials to start inspections of the shelter operator’s Arizona facilities. The move is a key step toward lifting a months-long, statewide freeze on placements of unaccompanied, undocumented immigrant children at Southwest Key shelters.

The halt on taking in more kids was part of a legal settlement with the state. Southwest Key has worked well with Arizona to add new checks required by the settlement, such as hiring an outside health care consultant, said State Rep. Kelli Butler.

“So I think they’re going to bring children back into facilities in a careful and measured way,” she said.

Butler said she still thinks additional oversight of Southwest Key is needed, and she plans to introduce a bill in the coming weeks.

In 2018, one former Southwest Key employee was convicted of sex crimes, and another was arrested on suspicion the day after First Lady Melania Trump visited the shelter where he worked.

Arizona forced Southwest Key to permanently shutter two of its shelters after Southwest Key failed to give timely proof that all employees passed background checks.

Decisions on whether to lift the freeze on admissions to Southwest Key shelters in Arizona will be made individually.

Mexico’s president says U.S. must tackle root causes of migration ICE detention center response to COVID-19 a look at future pandemic handling 'Dreamers' wait as Congressional Democrats push for an immigration reform measure
By posting comments, you agree to our
AZPM encourages comments, but comments that contain profanity, unrelated information, threats, libel, defamatory statements, obscenities, pornography or that violate the law are not allowed. Comments that promote commercial products or services are not allowed. Comments in violation of this policy will be removed. Continued posting of comments that violate this policy will result in the commenter being banned from the site.