Tucson's mayor won't take office for a year, but the current office holder has a list of priorities for his successor. by Christopher Conover TWEET SHARE 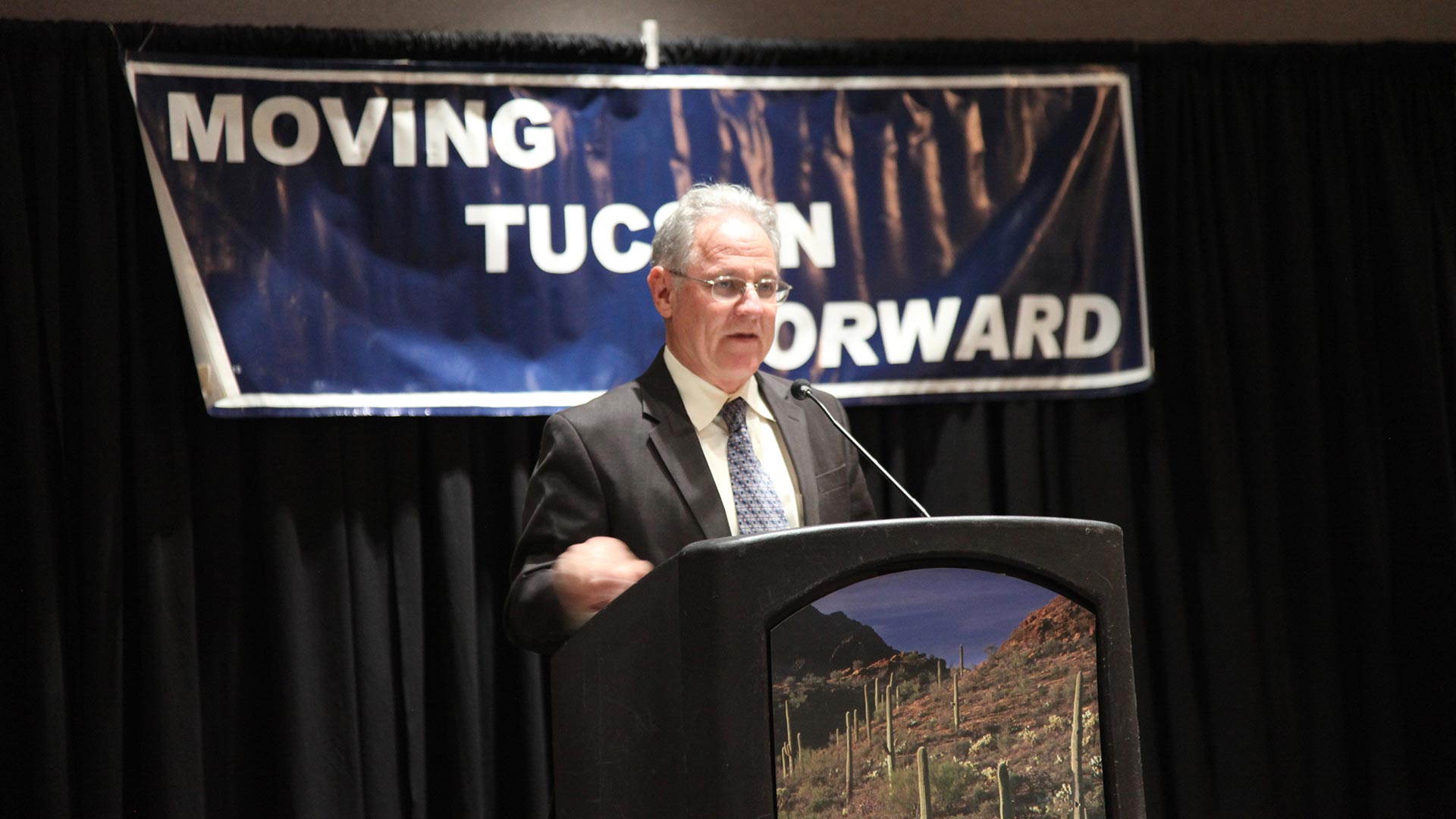 Tucson Mayor Jonathan Rothschild says the biggest challenge the city faces is finances. To help solve that, he said his successor needs to grow the city.

"Annexation. We have to have more of that state shared revenue ... we get our money, our income taxes go up to the state and we only get it back on our amount of incorporated people," said Rothschild.

Rothschild was first elected as Tucson's mayor in 2011. Last month, he announced he will not seek another term.

When it comes to his future, he said he is not joining the list of people running for U.S. Senate. He said he does not plan on running for any more political offices, though he plans to remain active in the community.

Mayor Rothschild on Decision to Not Seek Third Term Tucson Mayor Rothschild Won't Seek Third Term Rothschild, Other Mayors Call for End to Separation of Migrant Families
By posting comments, you agree to our
AZPM encourages comments, but comments that contain profanity, unrelated information, threats, libel, defamatory statements, obscenities, pornography or that violate the law are not allowed. Comments that promote commercial products or services are not allowed. Comments in violation of this policy will be removed. Continued posting of comments that violate this policy will result in the commenter being banned from the site.