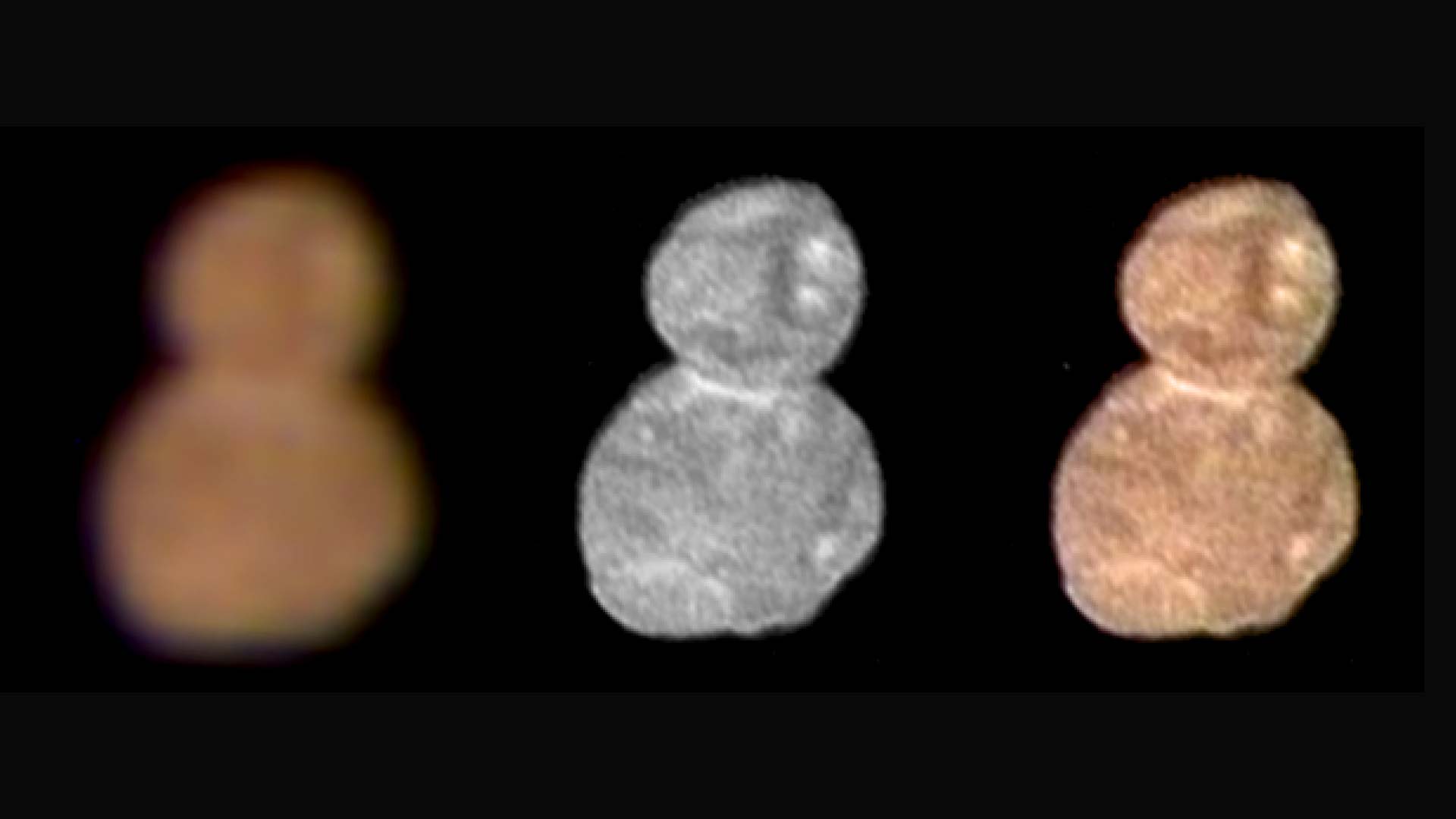 The first color image of Ultima Thule, captured at a distance of 85,000 miles. The image at right shows an overlay of the color image at left on the center image. Learn more.
NASA/Johns Hopkins University Applied Physics Laboratory/Southwest Research Institute

The photos from NASA's New Horizon showed an irregular-shaped rock, and University of Arizona planetary scientist Veronica Bray says the data confirmed suspicions that Ultima Thule looked like a chicken drumstick, or a dirty snowman.

"More scientifically, it is a contact binary, so, two relatively small planetesimals impacted each other at such a low velocity that they didn't destroy one another, they merged," said Bray.

New Horizons made history by beaming back the first close-up pictures of Pluto in 2015. It flew just 3,500 kilometers past Ultima Thule. Mission controllers say the craft still has enough fuel to zoom by another object in the yet-unexplored Kuiper Belt, on the edge of the solar system.

In the early hours of New Year’s Day, @NASANewHorizons flew past #UltimaThule, an object located in a region of primordial objects 1 billion miles past Pluto. Join us live from @JHUAPL today at 2pm ET as we explore the latest science from the spacecraft: https://t.co/oJKHgKpQjH pic.twitter.com/6IMiS0XGNt

OSIRIS-REx Spacecraft Finds Water On Asteroid New Horizons New Horizons Spacecraft Closes In On Pluto
By posting comments, you agree to our
AZPM encourages comments, but comments that contain profanity, unrelated information, threats, libel, defamatory statements, obscenities, pornography or that violate the law are not allowed. Comments that promote commercial products or services are not allowed. Comments in violation of this policy will be removed. Continued posting of comments that violate this policy will result in the commenter being banned from the site.