The Border Patrol in Yuma and Tucson doesn't have the manpower to conduct medical screenings of migrant children. by Nancy Montoya TWEET SHARE 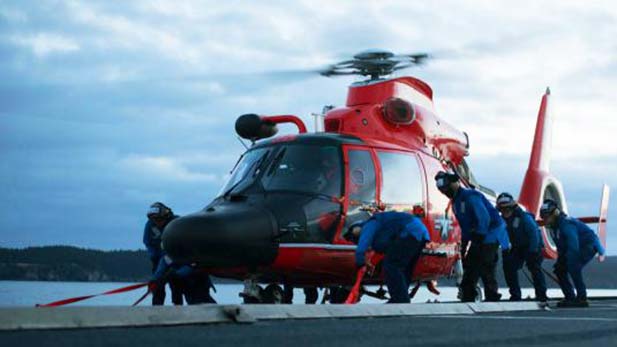 The Tucson Sector of the Border Patrol is getting some desperately needed medical help from the U.S. Coast Guard.

The recent deaths of two migrant children in U.S. immigration custody prompted Secretary of Homeland Security Kirstjen Nielsen to order the Coast Guard to deploy medical teams to the border.

"The Coast Guard is deploying medical personnel specifically to El Paso, Tucson and Yuma. Its three, three-person medical teams. Basically, they will be doing medical screening and tracking."

Customs and Border Patrol officials say they are apprehending more children than at any point in the past 20 years. CBP statistics show that migrants traveling as part of a family with small children accounted for 58 percent of those taken into custody this past November.

The media relations department of the Border Patrol's Tucson Sector has been furloughed because of the government shutdown, so local Border Patrol spokespeople were unavailable to answer questions about the specific jobs the U.S. Coast Guard medical teams will be taking on. There is also no word on how long the three medical teams will be deployed.

Feds Close Southwest Key Migrant Children Shelter In Youngtown, Arizona US Plans to Sidestep Limits on Detaining Immigrant Children HHS Considering Housing Immigrant Children at Military Bases
By posting comments, you agree to our
AZPM encourages comments, but comments that contain profanity, unrelated information, threats, libel, defamatory statements, obscenities, pornography or that violate the law are not allowed. Comments that promote commercial products or services are not allowed. Comments in violation of this policy will be removed. Continued posting of comments that violate this policy will result in the commenter being banned from the site.