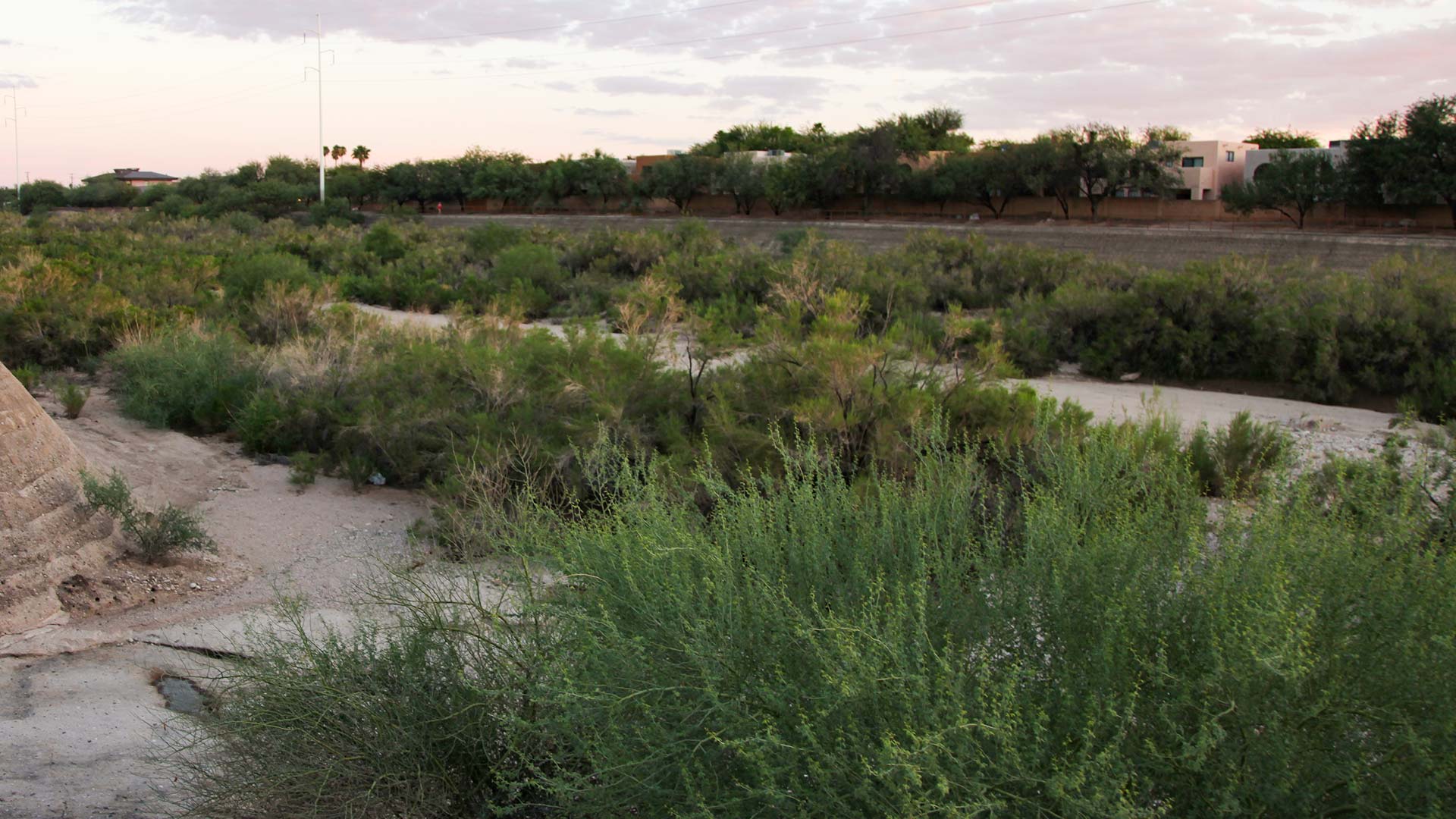 The Rillito River runs dry at the end of the rainy season in Tucson.
Tony Paniagua/AZPM

The Trump administration’s recent proposal to change the Clean Water Act could leave a majority of Arizona’s waterways unprotected.

The new rule would stop the Environmental Protection Agency from limiting the amount of pollutants disposed of in ephemeral or intermittent streams — waterways that don’t run year-round.

Julia Fonseca, the environmental planning manager for Pima County, said that if the changes were enacted, 96 percent of Arizona’s waterways would no longer have pollution regulations.

“We have so many dry streams. It’s tantamount to saying that very little of the Clean Water Act will apply in Arizona,” said Fonseca.

The remaining 4 percent of waterways in Arizona are mostly downstream from dry waterways. If the EPA does stop protecting intermittent waterways from pollutants, Fonseca said pollutants can collect in the streambed, and when it rains the pollutants will flow into lakes.

Water from the Central Arizona Project (CAP) travels from the Colorado River to central and Southern Arizona through an aqueduct system.

Fonseca said that the EPA began protecting all waterways in Arizona, including the dry washes and streams, in 1972.

She said the Pima County Board of Supervisors urged its staff, via a resolution, to voice their opinions on the proposal during the public comment period.

“All it does is it's directing staff to follow through during the comment period, to submit some comments that would respond back to the EPA to say: ‘Look! This is a big deal – this new proposal.’ It throws the baby out with the bath water.”

Climate change likely to keep hammering Colorado River's biggest reservoirs, model shows Indigenous activists arrested in demonstration against border wall construction near Quitobaquito Springs New UA appointment tasked with Native American student achievement
By posting comments, you agree to our
AZPM encourages comments, but comments that contain profanity, unrelated information, threats, libel, defamatory statements, obscenities, pornography or that violate the law are not allowed. Comments that promote commercial products or services are not allowed. Comments in violation of this policy will be removed. Continued posting of comments that violate this policy will result in the commenter being banned from the site.