Water managers were supposed to finish drought contingency plans by the end of the year. They're likely to miss that deadline. by Luke Runyon, KUNC TWEET SHARE 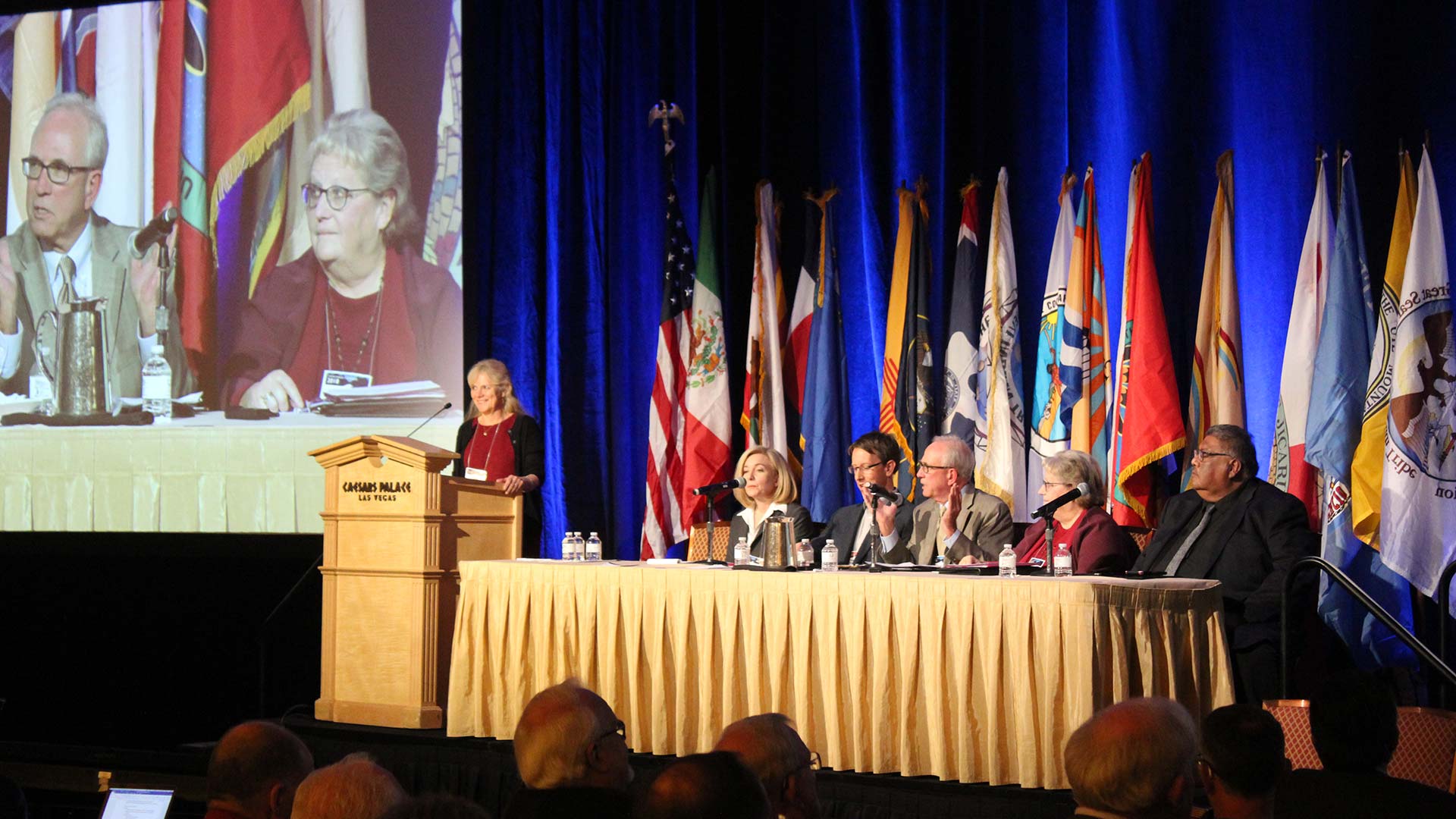 On stage in a conference room at Las Vegas’s Caesars Palace, Keith Moses said coming to terms with the limits of the Colorado River is like losing a loved one.

“It reminds me of the seven stages of grief,” Moses said. “Because I think we’ve been in denial for a long time.”

Moses is vice chairman of the Colorado River Indian Tribes, a group of four tribes near Parker, Arizona. He was speaking at the annual Colorado River Water Users Association meeting.

The denial turned to pain and guilt as it became clear just how big the supply and demand gaps were on the river that delivers water to 40 million people in the Southwest.

For the last six months Arizona’s water leaders have been experiencing the third stage of grief: anger and bargaining.

“Even though we reach situations where maybe we’re about to all break out into a brawl in there, we come back to the table, we continue to work,” Moses said.

Moses is referring to a series of public meetings in Arizona to figure out the details of drought contingency plans. Water managers throughout the West were supposed to finish the plans by the end of 2018. They’re likely to miss that deadline. 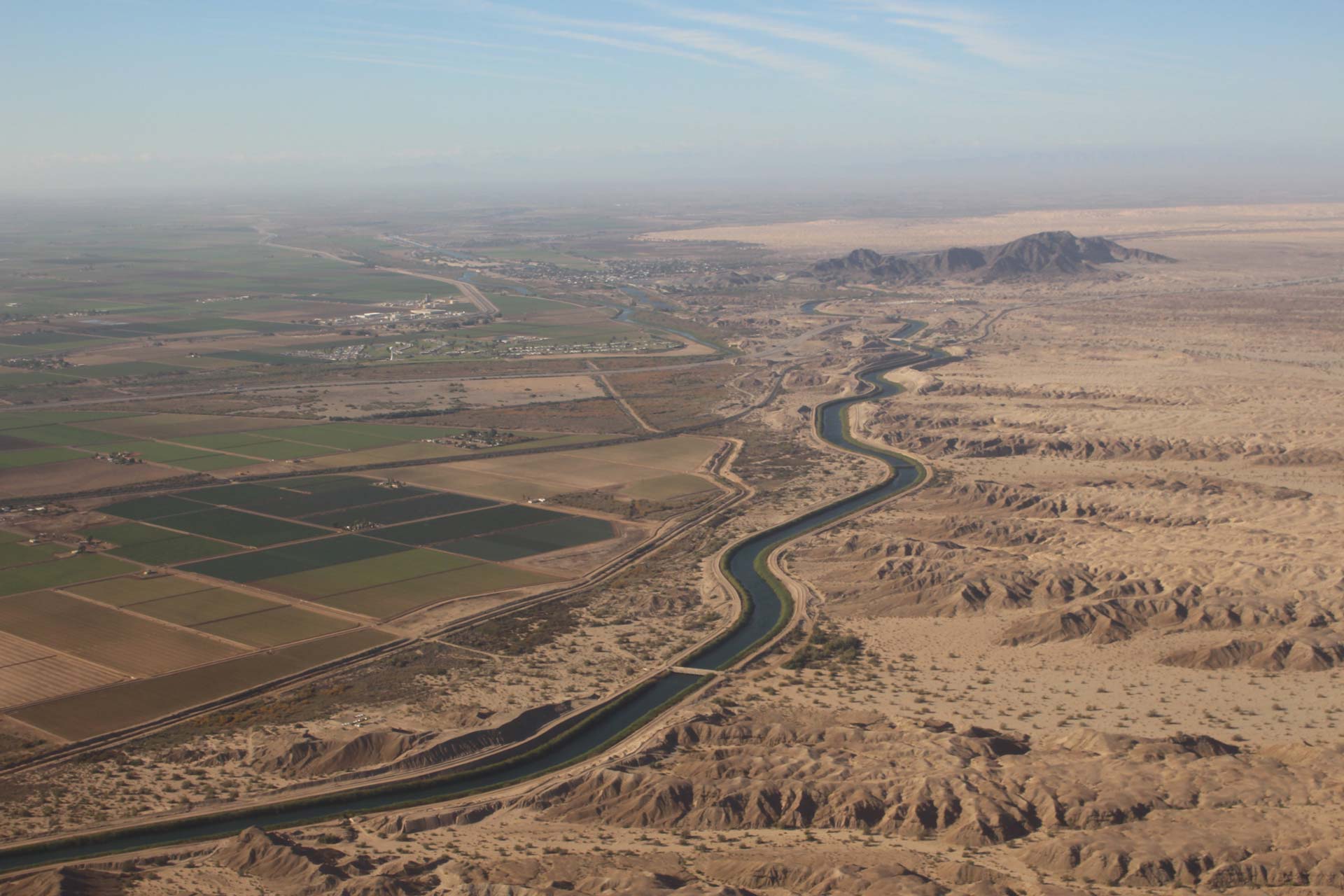 Of the seven U.S. states that rely on the Colorado River, Arizona has had the hardest time figuring out how to rein in water use and avoid seeing the river’s largest reservoirs — Lakes Mead and Powell — drop to extremely low levels.

If arid conditions continue to plague the watershed, like they have the last 19 years, Sorenson says the state stands to lose a big portion of its Colorado River water. The details of who takes those cuts, when they take them and under what conditions are still undecided, keeping the agreements from being signed and put in place.

“That’s a painful conversation,” Sorenson said. “And of course everyone thinks that their own water use is justified and no one else’s is.”

One of the loudest voices in the debate has been coming from a small group of farmers in rural Pinal County, Arizona, south of Phoenix.

Under the current rules those farmers could see their Colorado River supplies zeroed out within two years.

The county’s biggest grower of cotton and alfalfa, Brian Rhodes, is trying to make sure that doesn’t happen. The soil in his fields is powder-like, bursting into tiny brown clouds with each step.

“We're going to have to take large cuts,” Rhodes said. “We all understand that.”

“It reminds me of the seven stages of grief ... because I think we’ve been in denial for a long time” — Keith Moses

Pinal farmers have been criticized as the squeakiest wheel. Former Department of the Interior Secretary and Arizona governor Bruce Babbitt excoriated Pinal farmers for their resistance to a drought contingency plan in a November 2018 op-ed. Rhodes says the criticism is unjustified.

“The reason why Pinal County is fighting so hard on this is because it is so important,” Rhodes said. “And we’re just trying to survive.”

The fight has reopened old wounds around the water haves and have-nots in the arid, desert state.

More than a century ago tribal members of the Gila River Indian Community saw their water supplies dry up as settlers upstream diverted it away. The tribe’s water rights weren’t secured until 2004.

“I see ourselves bringing history to the table because there have been some sad chapters of history specifically here in Arizona where our water was literally diverted and taken away from us,” said Stephen Roe Lewis, the tribe’s governor.

“We do not want to replicate and make those same decisions again,” Lewis said. “We know all too well what happens when our water is taken away from us.”

Earlier this month tribal leaders signed a deal to supply water to a groundwater replenishment district in Arizona, seen as giving momentum to the larger drought contingency plan. 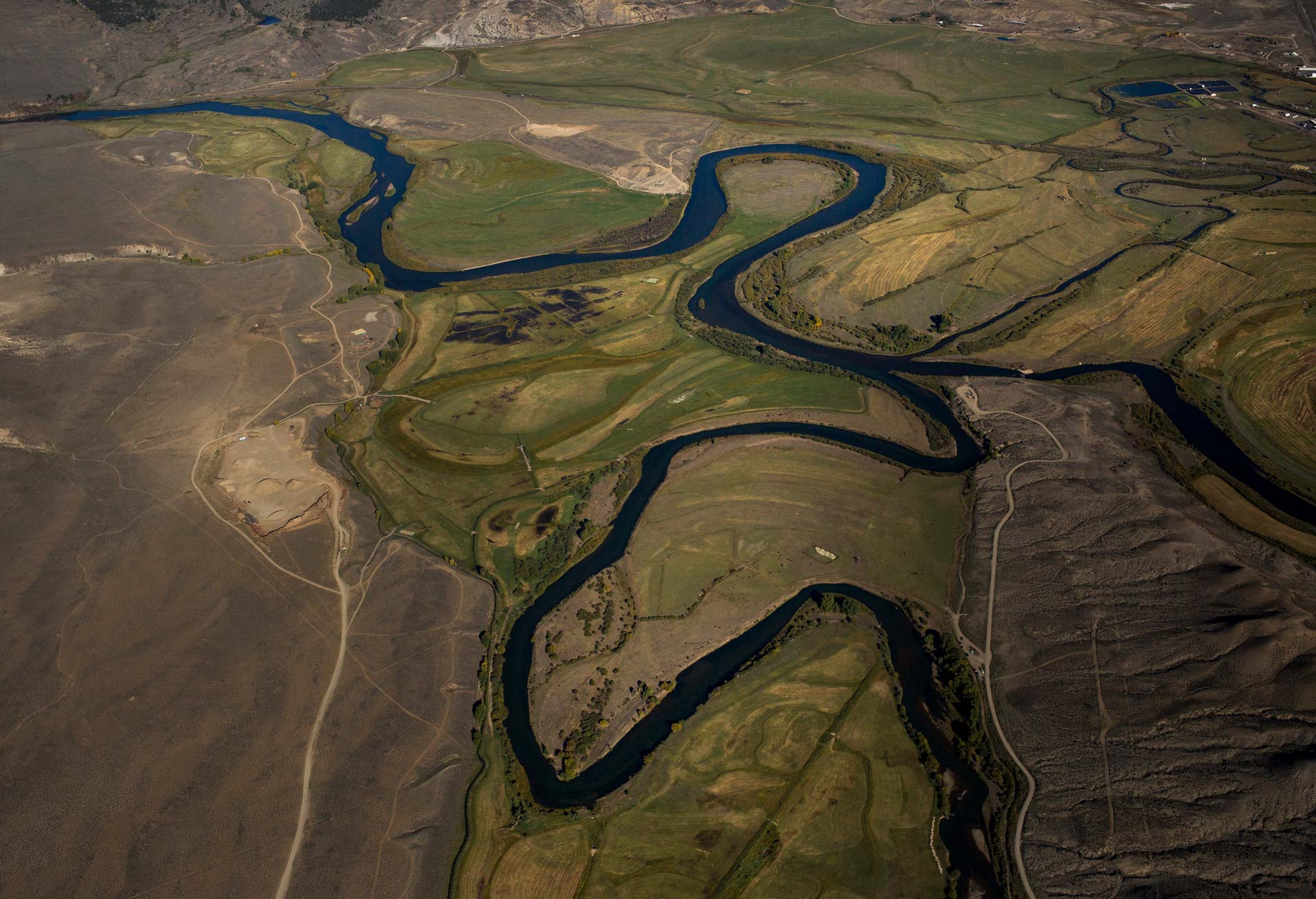 With its headwaters in northern Colorado, the Colorado River supplies water to 40 million people in the Southwest.
Nick Cote for KUNC/LightHawk

The well-greased wheel may still be broken

Elsewhere in the Colorado River basin the grieving -- or drought planning -- process is much further along. States in the river’s Upper Basin -- Colorado, Utah, New Mexico and Wyoming -- have finished their deal.

Amy Haas is the director of the Upper Colorado River Basin Commission, which voted to support the drought contingency plan at the Las Vegas conference.

Climate change is already stressing the Colorado River, reducing its flow and sapping its reservoirs. Collectively the river’s key reservoirs are at their lowest point since the last one was filled. Projections from the federal government show with warming temperatures and reduced mountain snowpack, the situation will only get worse.

“We’ve got to be prepared to deal with changing conditions and how do we adapt to those?” Haas said. “I think that we didn’t anticipate what we’re seeing today.”

Eleven years ago in the midst of a severe drought, water managers thought they’d come up with rules sufficient enough to manage shortages within the Colorado River basin. Those guidelines are in effect until 2026. The agreement linked operations of the system’s biggest reservoirs, lakes Mead and Powell. John Weisheit with Living Rivers, a conservation group, was there when it was signed.

“Everybody was quite excited and I wasn’t,” Weisheit said.

Back then, a glum-faced Weisheit said the much-touted agreement didn’t go far enough and would result in plummeting reservoirs.

Preventing system failure is the job of Brenda Burman, commissioner of the U.S. Bureau of Reclamation. At the Las Vegas gathering of western water managers she told them to skip ahead a few steps in the grieving process and get to acceptance: Come to terms with this new reality.

“If I have one message for you all to take away from my remarks today it is this: close isn’t done,” Burman said. “Only ‘done’ will protect this basin. Today’s level of risk is unacceptable and the chance for crisis is far too high.”

Burman gave the water leaders until Jan. 31 to complete the plans. Without agreements signed, she says the federal government is prepared to step in.

Thursday Marks Last Day for Arizona to Approve Drought Plan Journalist Roundtable: Issues Awaiting Lawmakers in 2019 Climate change likely to keep hammering Colorado River's biggest reservoirs, model shows
By posting comments, you agree to our
AZPM encourages comments, but comments that contain profanity, unrelated information, threats, libel, defamatory statements, obscenities, pornography or that violate the law are not allowed. Comments that promote commercial products or services are not allowed. Comments in violation of this policy will be removed. Continued posting of comments that violate this policy will result in the commenter being banned from the site.