US States to Meet at Deadline on Colorado River Drought Plan

Arizona has been the holdout as the clock ticks on striking a deal for a contingency plan. by Ken Ritter, Associated Press TWEET SHARE

LAS VEGAS — With drought entering a second decade and reservoirs continuing to shrink, seven Southwestern U.S. states that depend on the overtaxed Colorado River for crop irrigation and drinking water had been expected to ink a crucial share-the-pain contingency plan by the end of 2018.

They're not going to make it — at least not in time for upcoming meetings in Las Vegas involving representatives from Arizona, California, Colorado, Nevada, New Mexico, Utah, Wyoming and the U.S. government, officials say.

Arizona has been the holdout, with farmers, cities, Indian tribes and lawmakers in the state set to be first to feel the pinch still negotiating how to deal with water cutbacks when a shortage is declared, probably in 2020.

"There will be cuts. We all know the clock is ticking. That's what a lot of the difficult negotiations have been around," said Kim Mitchell, Western Resource Advocates water policy adviser and a delegate to ongoing meetings involving the Arizona Department of Water Resources, Central Arizona Project, agricultural, industrial and business interests, the governor, state lawmakers and cities including Tucson and Phoenix.

In Arizona, unlike other states, a final drought contingency plan must pass the state Legislature when it convenes in January.

"There will be cuts. We all know the clock is ticking. That's what a lot of the difficult negotiations have been around" — Kim Mitchell, Western Resource Advocates water policy adviser

However, Bureau of Reclamation Commissioner Brenda Burman is signaling that the agency that controls the levers on the river is willing to wait. She is scheduled to talk to the conference on Thursday.

"Reclamation remains cautiously optimistic that the parties will find a path forward," the bureau said in a statement on Friday, "because finding a consensus deal recognizing the risks of continuing drought and the benefits of a drought contingency plan is in each state's best interest."

Colorado River water supports about 40 million people and millions of acres of farmland in the U.S. and Mexico.

After 19 years of drought and increasing demand, federal water managers project a 52 percent chance that the river's biggest reservoir, Lake Mead behind Hoover Dam, will fall low enough to trigger cutbacks under agreements governing the system.

The seven states saw this coming years ago, and used Colorado River Water Users Association meetings in December 2007 to sign a 20-year "guidelines" plan to share the burden of a shortage.

Contingency agreements would update that pact, running through 2026. They call for voluntarily using less to keep more water in the system's two main reservoirs, lakes Powell and Mead. 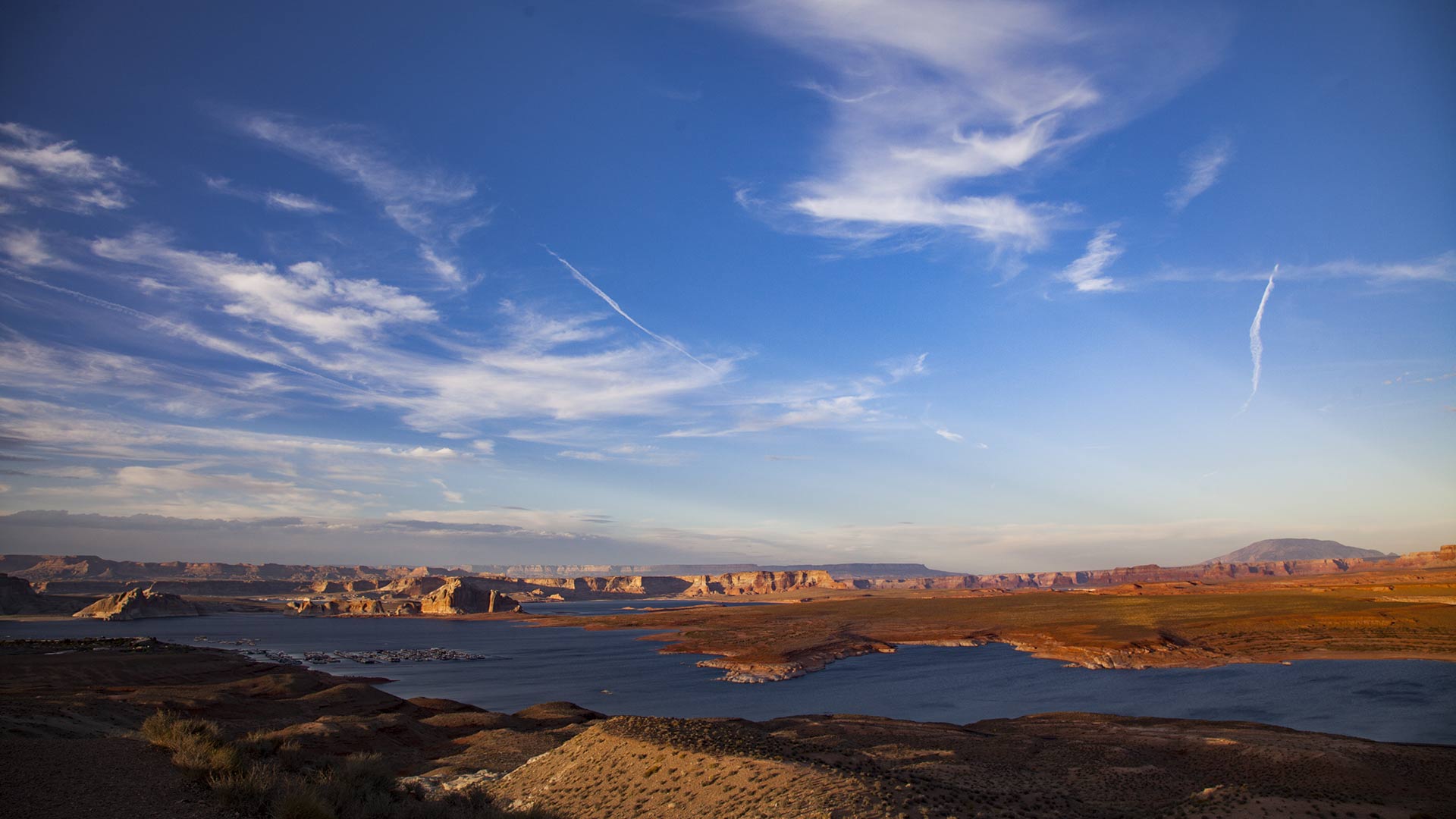 Lake Powell upstream from of the Grand Canyon is currently at 43 percent capacity; Lake Mead, downstream, is at 38 percent.

The Lower Basin states of California, Arizona and Nevada aim to keep Lake Mead above a shortage declaration trigger point by using less water than they're legally entitled to.

If Lake Mead falls below that level, Arizona will face a 9 percent reduction in water supply, Nevada a 3 percent cut and California up to 8 percent. Mexico's share of river water would also be reduced.

Water officials in most states — from the Southern Nevada Water Authority in Las Vegas to the Colorado River Water Conservation District in Glenwood Springs, Colorado — have signed off on plans in recent weeks.

In Arizona, the board governing the Central Arizona Project irrigation system approved the Lower Basin plan on Thursday.

In California, the sprawling Metropolitan Water District of Southern California, which serves some 19 million people, is set to approve it Tuesday.

Board members there were reminded the agreements are only a short-term fix.

According to a board briefing, the Bureau of Reclamation, seven basin states and water contractors will begin negotiating again beginning no later than 2020.

"That process is expected to result in new rules for management and operation of the Colorado River after 2026," the board briefing said.

Defense Department cuts funding for border wall section in Yuma Campfires, stoves, smoking banned on public lands for fire risk Groups say border wall construction threatens biodiversity of Arizona sky islands
By posting comments, you agree to our
AZPM encourages comments, but comments that contain profanity, unrelated information, threats, libel, defamatory statements, obscenities, pornography or that violate the law are not allowed. Comments that promote commercial products or services are not allowed. Comments in violation of this policy will be removed. Continued posting of comments that violate this policy will result in the commenter being banned from the site.