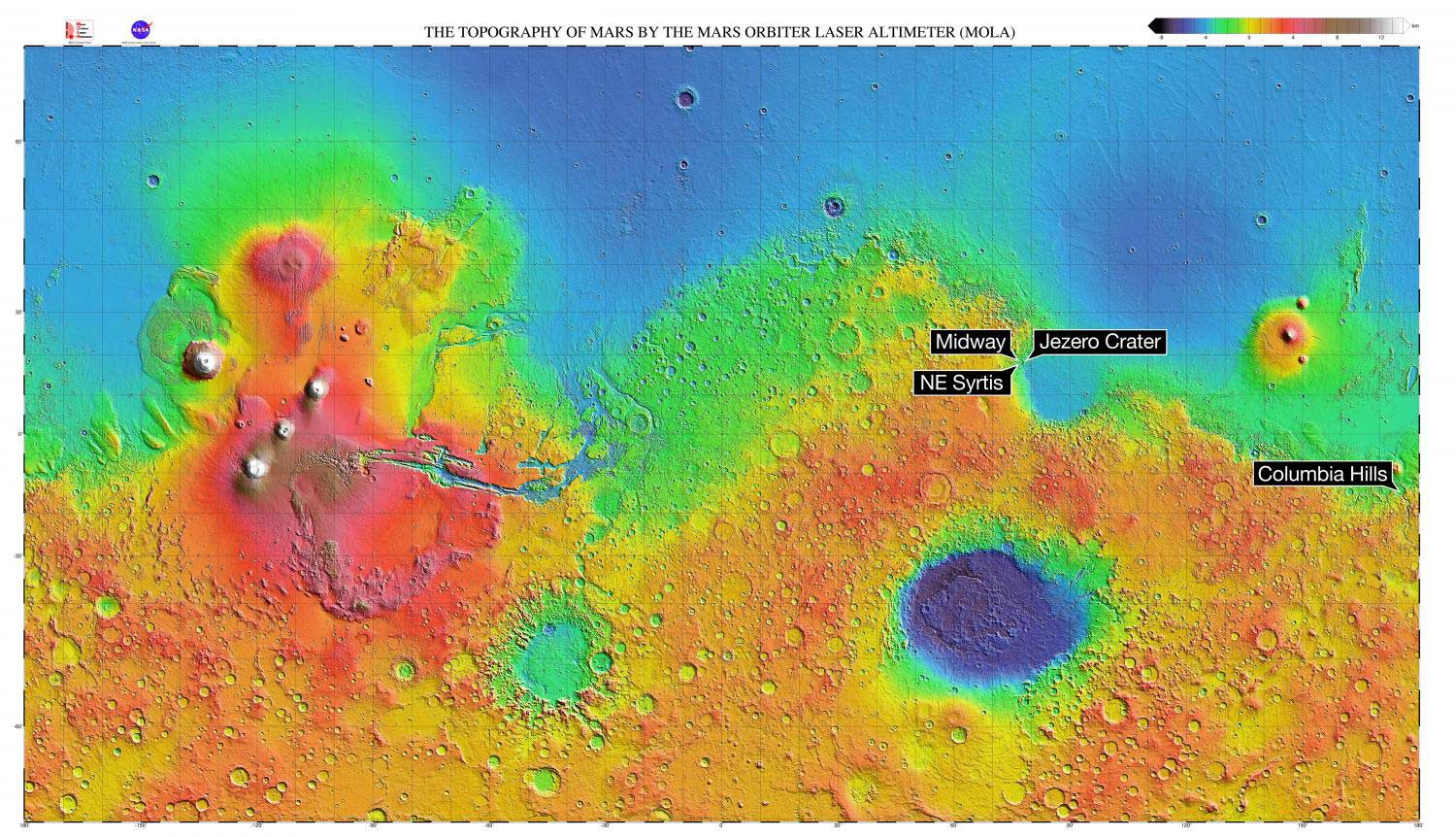 VIEW LARGER Mars map depicts the final four locations under consideration for the landing site of Mars 2020. The topographic map of Mars was created by the Mars Orbiter Laser Altimeter.
NASA/MGS/MOLA

Following five years of research and discussion, NASA announced today that it has winnowed down 64 candidates to one landing site for the Mars 2020 rover, slated to launch in July 2020.

NASA hopes its outcroppings, sediments and river delta will provide insights into the Mars environment as far back as 3.6 billion years, and perhaps include evidence of past microbial life.

"The diversity of the ancient environment capable of fundamental discovery, the science potential of the cache samples, and the degree of confidence in the interpretation of the landing sites," he said.

The rover will cache rocks for return by a mission yet to be scheduled, but likely to occur sometime around 2030, and will equip Arizona State University's Mastcam-Z camera.

UA scientists testing drones for Mars...in Iceland The Journey of NASA'S OSIRIS-REx Mission Upcoming Milestones for OSIRIS-REx Mission
By posting comments, you agree to our
AZPM encourages comments, but comments that contain profanity, unrelated information, threats, libel, defamatory statements, obscenities, pornography or that violate the law are not allowed. Comments that promote commercial products or services are not allowed. Comments in violation of this policy will be removed. Continued posting of comments that violate this policy will result in the commenter being banned from the site.