D-M and Fort Huachuca are gearing up to accommodate thousands of active-duty troops sent by President Trump. by Christopher Conover TWEET SHARE 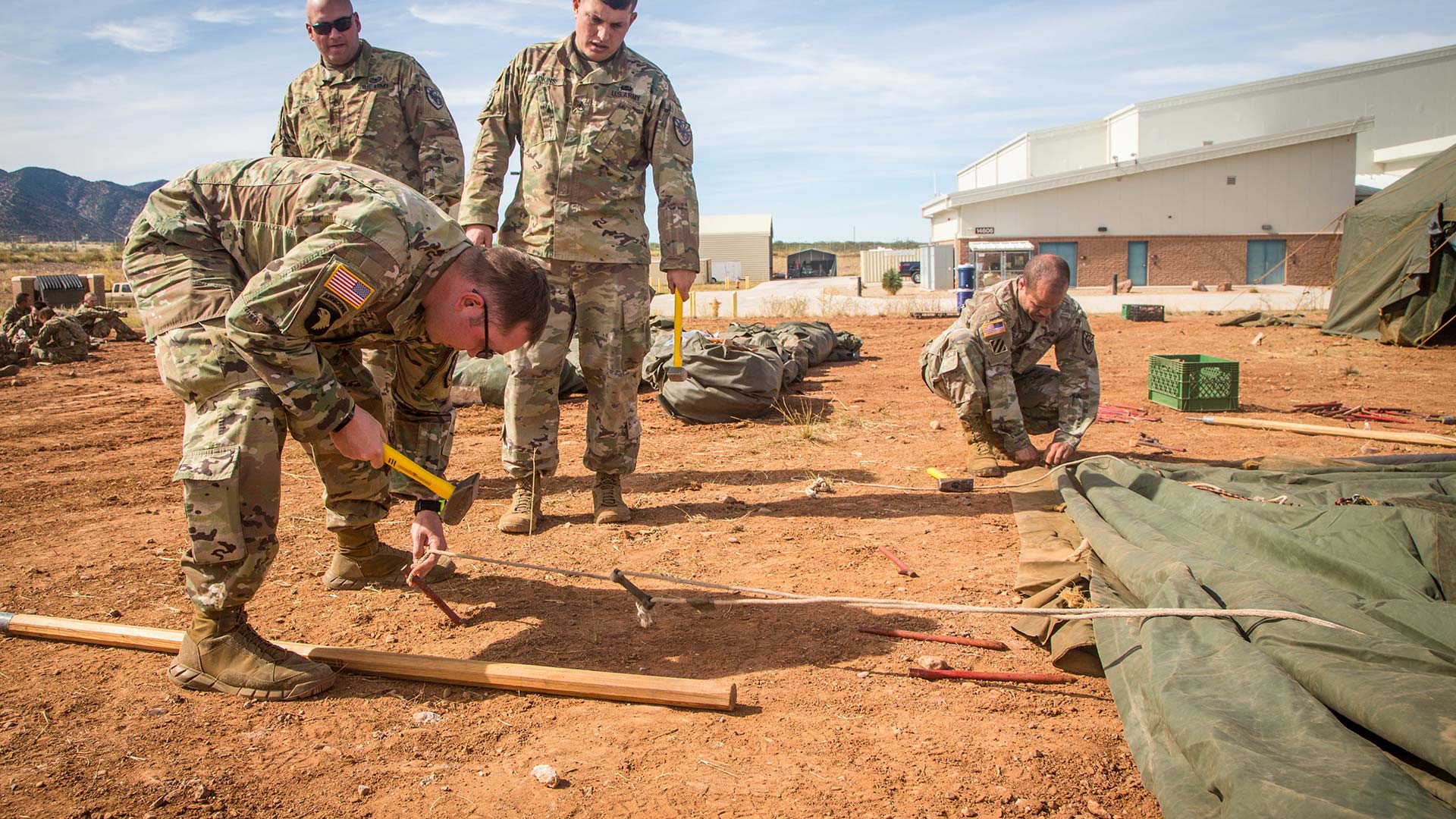 Troops at Fort Huachuca set up temporary housing for troops assigned to the border as part of Operation Faithful Patriot.
Department of Defense

The Department of Defense is sending 7,000 active-duty troops to the U.S.-Mexico border in advance of a caravan of migrants moving north through Mexico. Davis-Monthan Air Force Base and Fort Huachuca are preparing for the arrival of troops for what's been named "Operation Faithful Patriot."

Airmen at Davis-Monthan are unloading heavy equipment while officers representing the deployed troops talk with base officials. At Fort Huachuca, troops are setting up tents to house the arriving soldiers.

The caravan is estimated to be about a month away from the U.S. border. President Trump said this week he wants up to 15,000 troops stationed on the border in addition to Border Patrol agents. 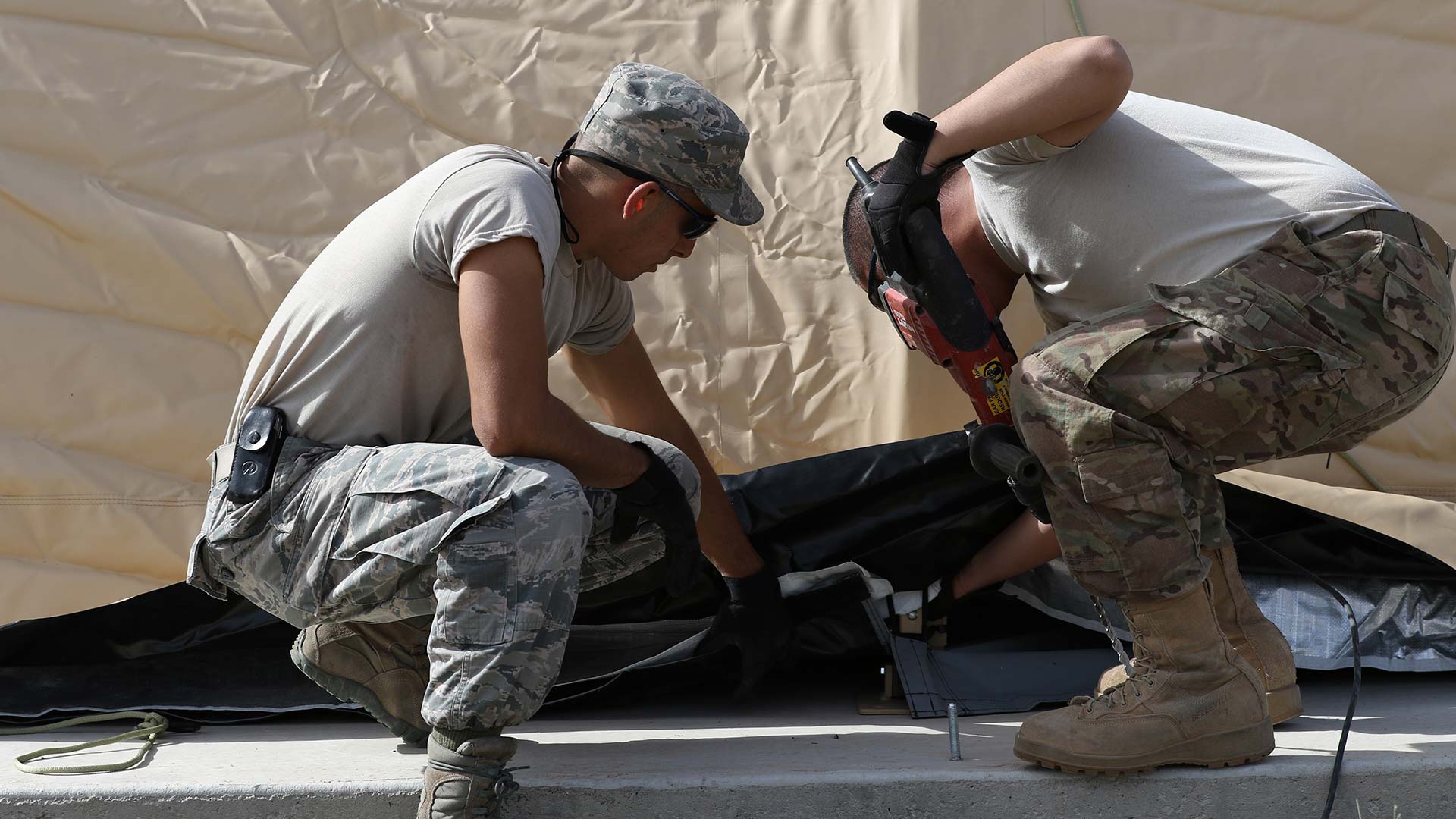 Airmen at Davis-Monthan Air Force Base in Tucson set up tents, Nov. 1, 2018.
Department of Defense 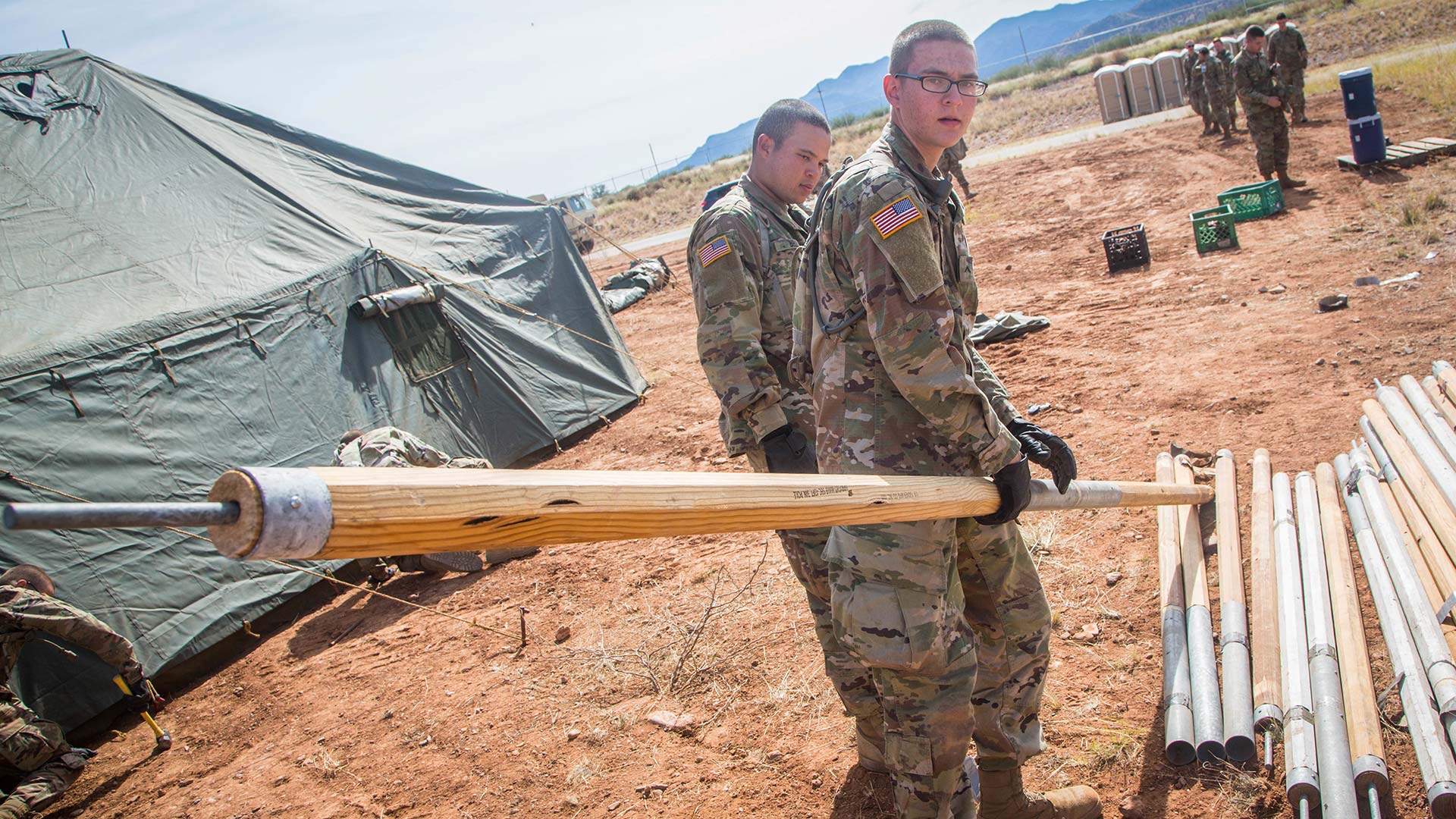 Troops at Fort Huachuca prepare for the arrival of troops assigned to guard the border as part of Operation Faithful Patriot, Nov. 1, 2018.
Department of Defense
MORE: Border, Immigration, Military, News

Training the next generation of intelligence soldiers Border Groups Fear Nogales Parking Lot Sale Means Continued Militarization Military Begins Work to Reinforce Arizona Border
By posting comments, you agree to our
AZPM encourages comments, but comments that contain profanity, unrelated information, threats, libel, defamatory statements, obscenities, pornography or that violate the law are not allowed. Comments that promote commercial products or services are not allowed. Comments in violation of this policy will be removed. Continued posting of comments that violate this policy will result in the commenter being banned from the site.