Simple, multicellular life, such as sponges, could survive in briny waters near the surface of the planet. by Nicholas Gerbis, Arizona Science Desk TWEET SHARE 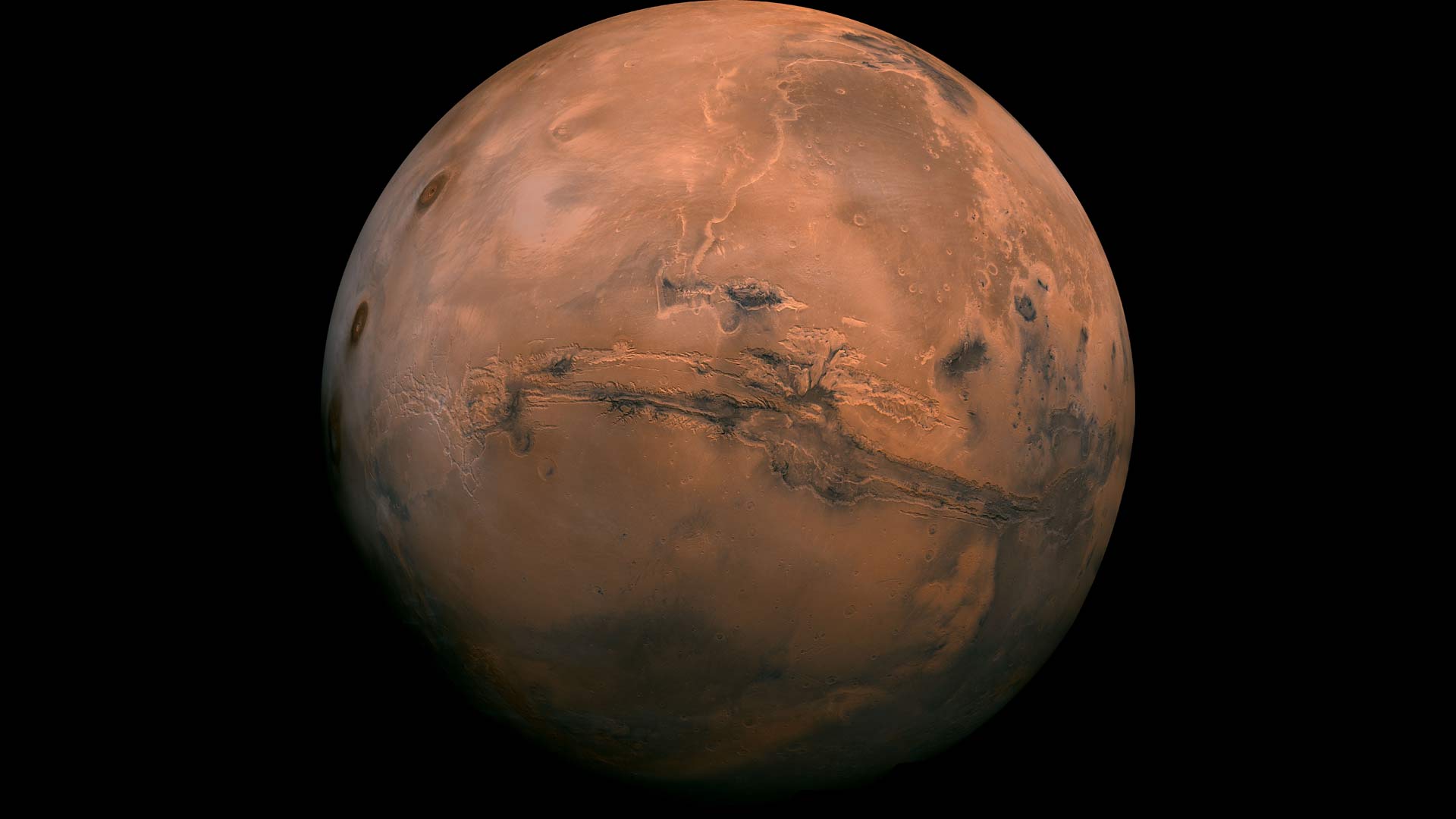 A new study in the journal "Nature Geoscience" reports that briny waters near the surface of Mars could support oxygen-breathing microbes and even simple multicellular life, such as sponges.

The results could also explain how oxidized rocks found by Mars rovers might have formed under current conditions.

"Our work is really a first step that's kind of dogma-shifting in the way that it's saying, 'Wow, suddenly oxygen is something really important in modern-day Mars," said lead author Vlada Stamenković of the Jet Propulsion Laboratory (JPL) in Pasadena, California.

Michael Mischna, of Harvard University, and Lewis Ward and Woodward Fischer, of the California Institute of Technology, also contributed to the work. 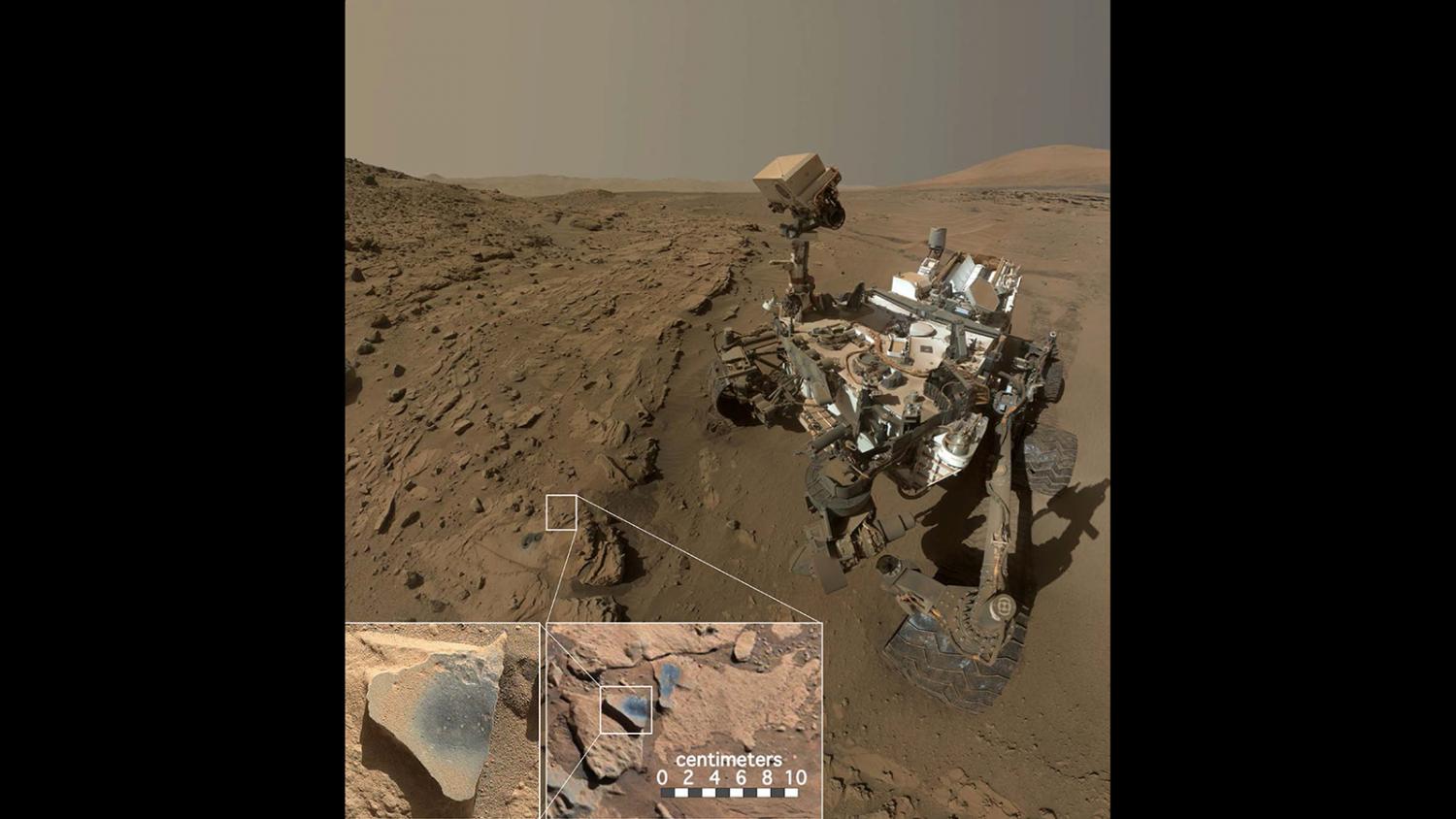 No one knows if Mars currently hosts life or ever did, but such studies help set boundaries on what is possible. Previous research suggested microbes that don't need oxygen could survive on the Red Planet, while oxygen-breathing life would suffocate in the paltry O2 provided by sunlight breaking down carbon dioxide in Mars's thin atmosphere.

But simple life needs very little dissolved oxygen in its liquid environment to survive, and the team's models showed that enough O2 was available, and could make it into the brines, to do the job, particularly in Mars's polar regions.

Although Mars is generally quite cold, brines might yet remain liquid if their dissolved contents give them lower freezing points, akin to how brackish water on Earth freezes at a lower temperature than fresh water.

Now, it's a question of finding the brines. 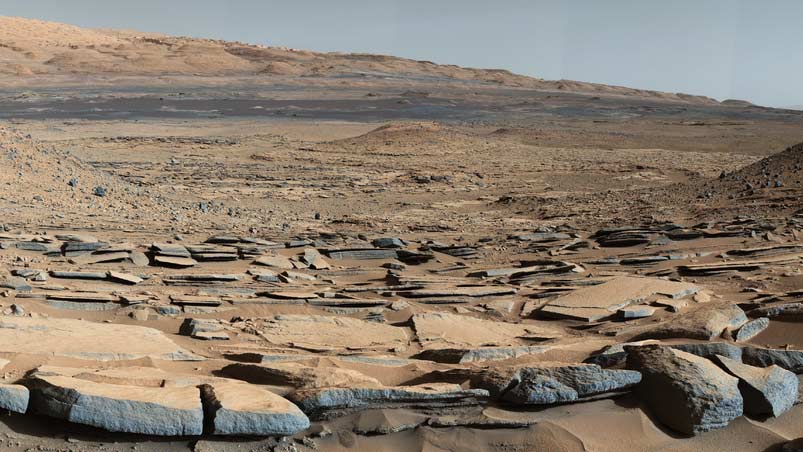 NASA's Curiosity rover team has previously confirmed that Mars once held lakes, including this area dipping towards the base of Mount Sharp.
NASA/JPL-Caltech/MSSS

"Brines are likely to be found in the Martian near-surface but we haven't had really yet the right instruments, I think, to really answer those questions," said Stamenković.

He and his colleagues at JPL are now developing some of those tools in a project they call TH2OR, for "Transmissive H2O Reconnaissance."

The project's Scandinavian name is also a nod to the 1975 Mars Viking landers, the last probes that tried to detect life in Martian soil using onboard biological experiments.

Sci-fi meets reality in the field of synthetic biology Monsoon in Southern Arizona officially starts this week ASU researchers develop cheaper, faster saliva test for COVID-19
By posting comments, you agree to our
AZPM encourages comments, but comments that contain profanity, unrelated information, threats, libel, defamatory statements, obscenities, pornography or that violate the law are not allowed. Comments that promote commercial products or services are not allowed. Comments in violation of this policy will be removed. Continued posting of comments that violate this policy will result in the commenter being banned from the site.