How high-profile campaign supports can appeal to voters' emotions/. by Christopher Conover Tweet 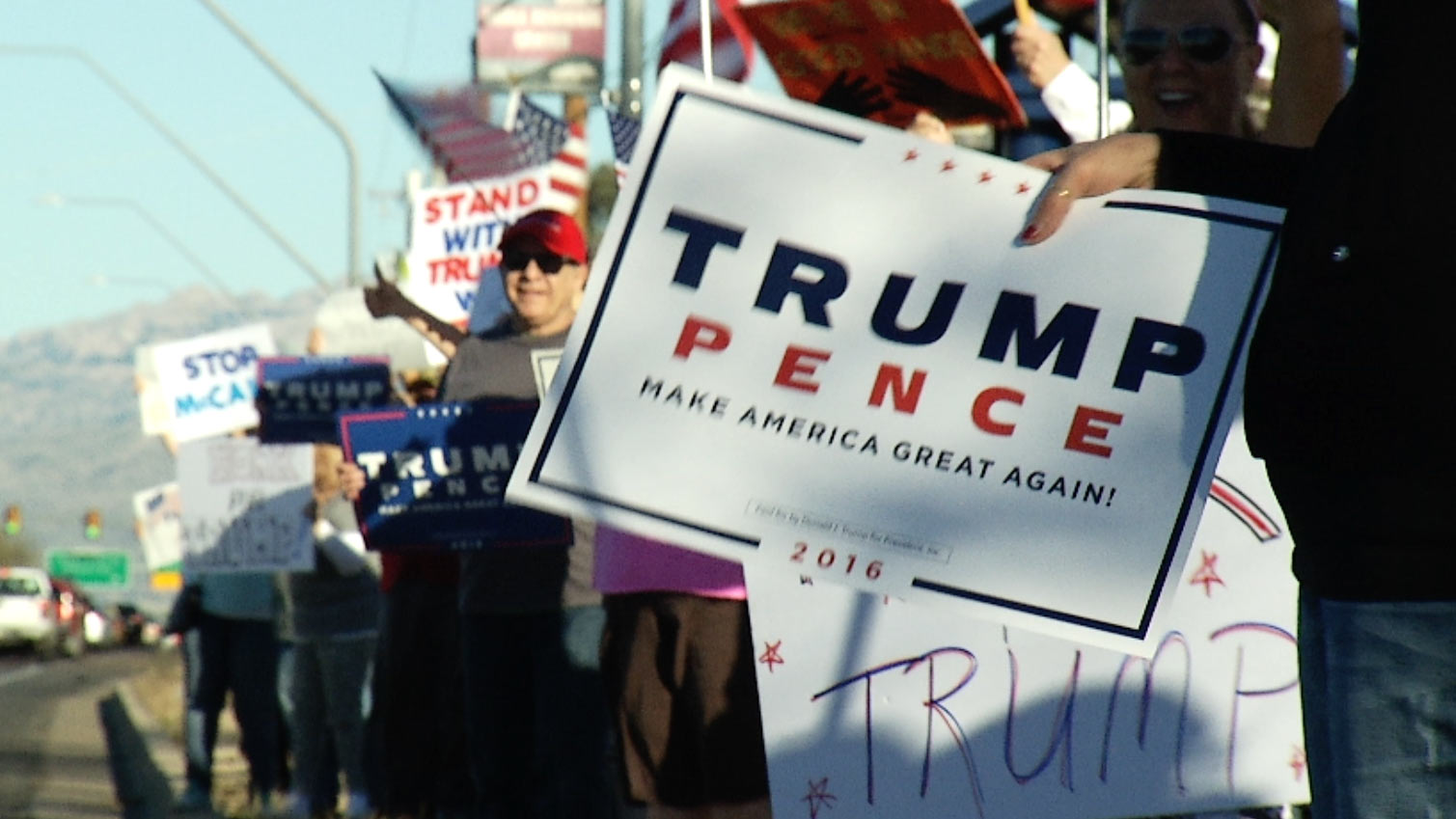 President Donald Trump was in Mesa on Friday to campaign with Rep. Martha McSally, who is running for U.S. Senate.

Trump is a polarizing figure but high profile campaign stops can help candidates by increasing their exposure.

"The benefit is getting people enthusiastic about various candidates. We know particular emotions tend to mobilize people. One way you can mobilize is through that enthusiasm that will get your base to pay more attention to the messages coming through," said Kate Kenski, a professor at the University of Arizona Department of Communications.

Kenski said high-profile supporters can also mobilize voters by making them angry at the other side.

Arizona Congressional Members Flake, McSally Say Goodbye Pima County Recorder Still Counting Votes Despite Republican Objections Impact of Major Rallies and Attacks in Campaigns
By posting comments, you agree to our
AZPM encourages comments, but comments that contain profanity, unrelated information, threats, libel, defamatory statements, obscenities, pornography or that violate the law are not allowed. Comments that promote commercial products or services are not allowed. Comments in violation of this policy will be removed. Continued posting of comments that violate this policy will result in the commenter being banned from the site.