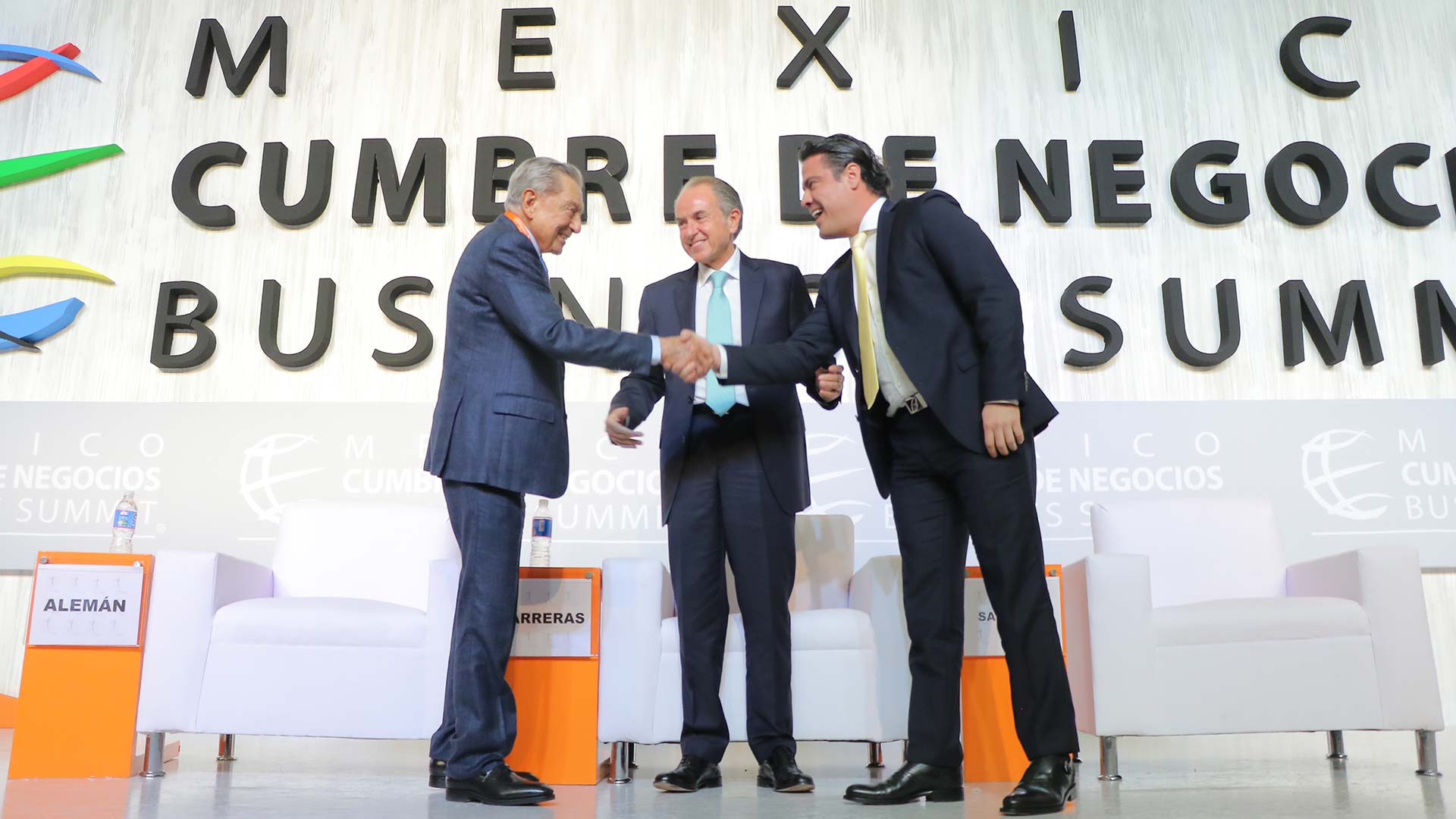 The annual Cumbre de Negocios business summit will be held in Guadalajara, Mexico, Oct. 21-23.
Government of the State of Jalisco

MEXICO CITY — Top government leaders and business executives from the U.S. and Mexico will meet at an annual summit Oct. 21-23 in the city of Guadalajara.

Yael Smadja is one of the organizers of the annual summit. She says one of the goals is to help these newsmakers learn what they can do to prepare for the Mexican administration that will take office in December.

"Trying to understand the direction that Mexico is taking, a lot of focus also on NAFTA, but on the U.S.-Mexico relationship," Smadja said.

Other topics on the agenda include Mexican government corruption and economic wealth disparity.

A New Trade Deal With Mexico and its Impact on Arizona Mining Tops Sonora's Agenda at Arizona-Mexico Commission Summit After Trump is Inaugurated, Sonora to Host ‘Megaregion’ Business Summit
By posting comments, you agree to our
AZPM encourages comments, but comments that contain profanity, unrelated information, threats, libel, defamatory statements, obscenities, pornography or that violate the law are not allowed. Comments that promote commercial products or services are not allowed. Comments in violation of this policy will be removed. Continued posting of comments that violate this policy will result in the commenter being banned from the site.