FDA Cracking Down On E-Cigarettes

The agency's commissioner says the rate of teen vaping has reached an "epidemic proportion." by Candace Manriquez Wrenn Tweet 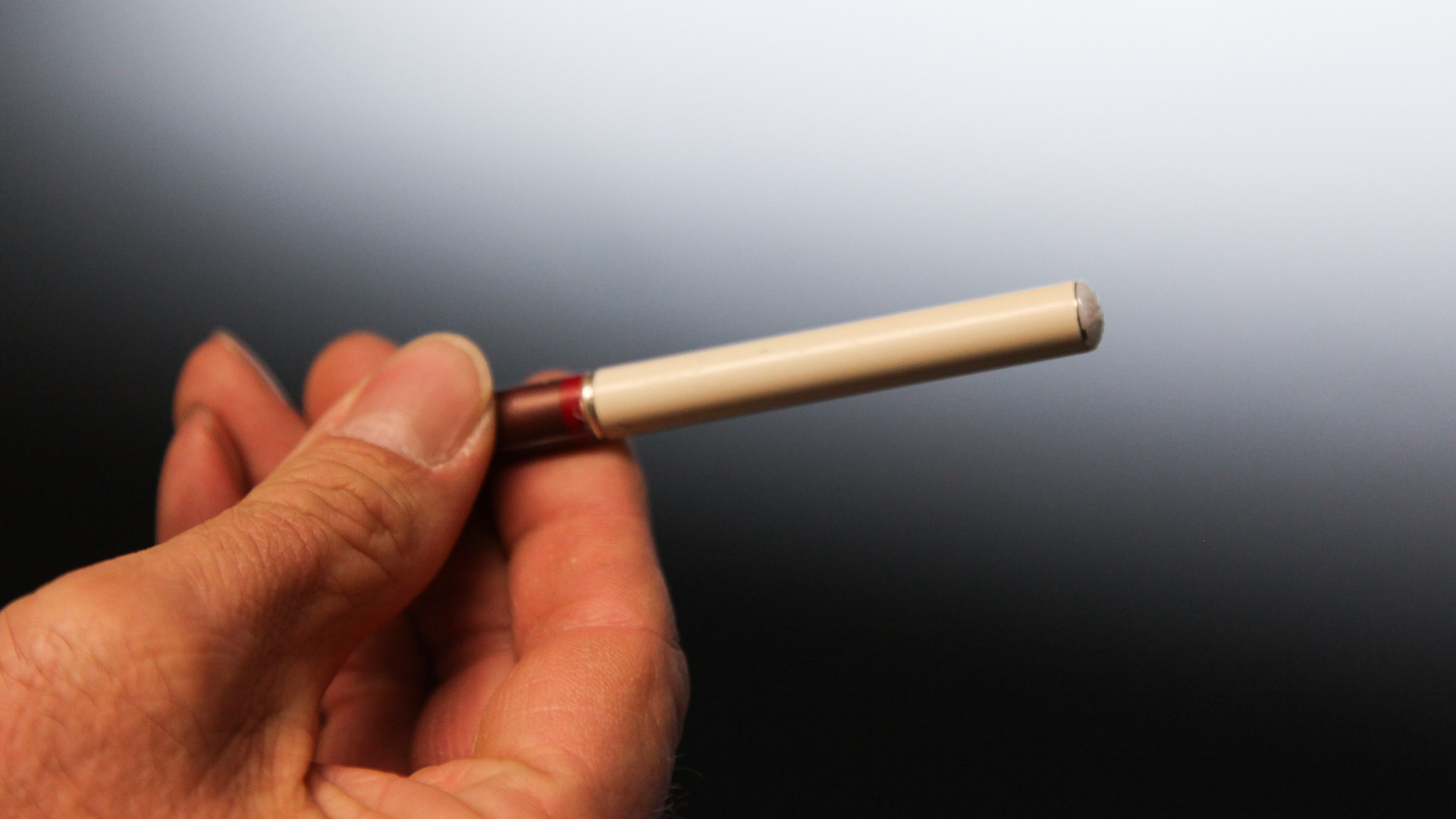 The Food and Drug Administration announced last week that it’s cracking down on the makers of some of the most popular vaping devices. The companies have less than 60 days to show that they can keep their products out of the hands of minors.

This past summer, appearing on NPR's Morning Edition, Gottlieb said that e-cigarettes may be beneficial to those who are already addicted to nicotine.

“I think that there's a presumption in the marketplace that these don't have all the risks associated with lighting tobacco on fire, smoking traditional cigarettes. I think we at FDA believe that there's probably some truth to that. But we need to demonstrate that through an appropriate regulatory process.”

The problem, according to the FDA and experts on smoking, is that vaping, the act of using e-cigarettes, is particularly attractive to young people for a number of reasons.

Trey Brown is a school resource officer for the Oro Valley Police Department. He says one reason is students can easily conceal them.

Another reason vaping is so popular among teens is because the e-liquid comes in flavors such as bubblegum and cinnamon, which some say is intended to hook young people.

Judith Gordon, professor and interim associate dean for research in the College of Nursing at the University of Arizona says e-cigarette manufacturers use marketing tactics that are reminiscent of the heyday of traditional cigarettes.

Nicotine addiction isn't even the only danger. Gordon says that not only do the chemicals in the e-liquids, often called e-juice, produce toxic chemicals once heated, but some of the flavorings themselves also contain toxic chemicals. A study conducted by the University of Rochester Medical Center found that chemicals in some of the most popular flavors — including cinnamon, vanilla and butter — were toxic to white blood cells.

For teens, whose brains aren’t fully developed, there are greater concerns.

“There is an emerging literature to show that kids that start vaping are more likely to go on to become addicted and to become regular vapers and ultimately to start using conventional cigarettes," Gordon says.

In addition to manufacturers, the FDA is also targeting retailers. Earlier this year, in the largest coordinated enforcement effort in the FDA's history, the agency issued more than 1,300 warning letters, in addition to fines to retailers who illegally sold Juul and other e-cigarette products to minors. There were over a dozen Arizona retailers among them.

Some pro-vaping organizations say that this is a good move by the FDA. Dave Morris is vice president of Arizona Smoke Free Business Alliance, which comprises vape businesses of all sizes. He says he doesn't want to attract teens to his products.

“Anything we can do to keep the our products out of the hands of kids is obviously good for the youth, but it’s also good for our industry because every time things like this happen, frankly, it makes our industry look bad.”

The minimum age of sale for tobacco and e-cigarettes in Arizona is 18. The Tucson City Council is considering a proposal to raise the age for these products to 21.

County Fires Up Debate Over New Tobacco Sales Measure Study Confirms Concerns About Addictive Qualities of Smoking Substitutes Arizona Looks to Put Out E-Cigarette Use Among Young People
By posting comments, you agree to our
AZPM encourages comments, but comments that contain profanity, unrelated information, threats, libel, defamatory statements, obscenities, pornography or that violate the law are not allowed. Comments that promote commercial products or services are not allowed. Comments in violation of this policy will be removed. Continued posting of comments that violate this policy will result in the commenter being banned from the site.