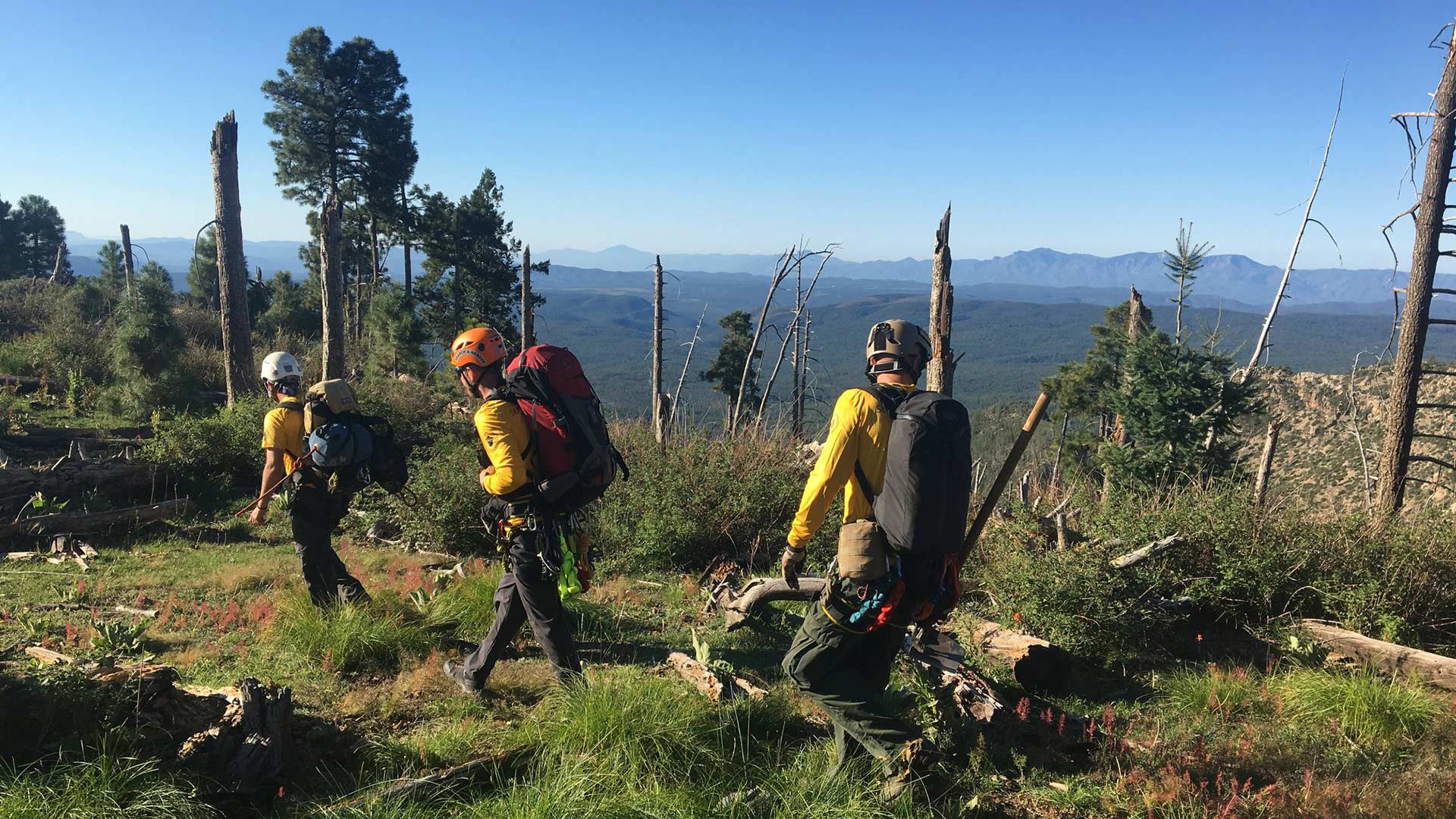 A search and rescue crew participates in recovery efforts following an ATV crash and fire.
Coconio County Sheriff via Facebook 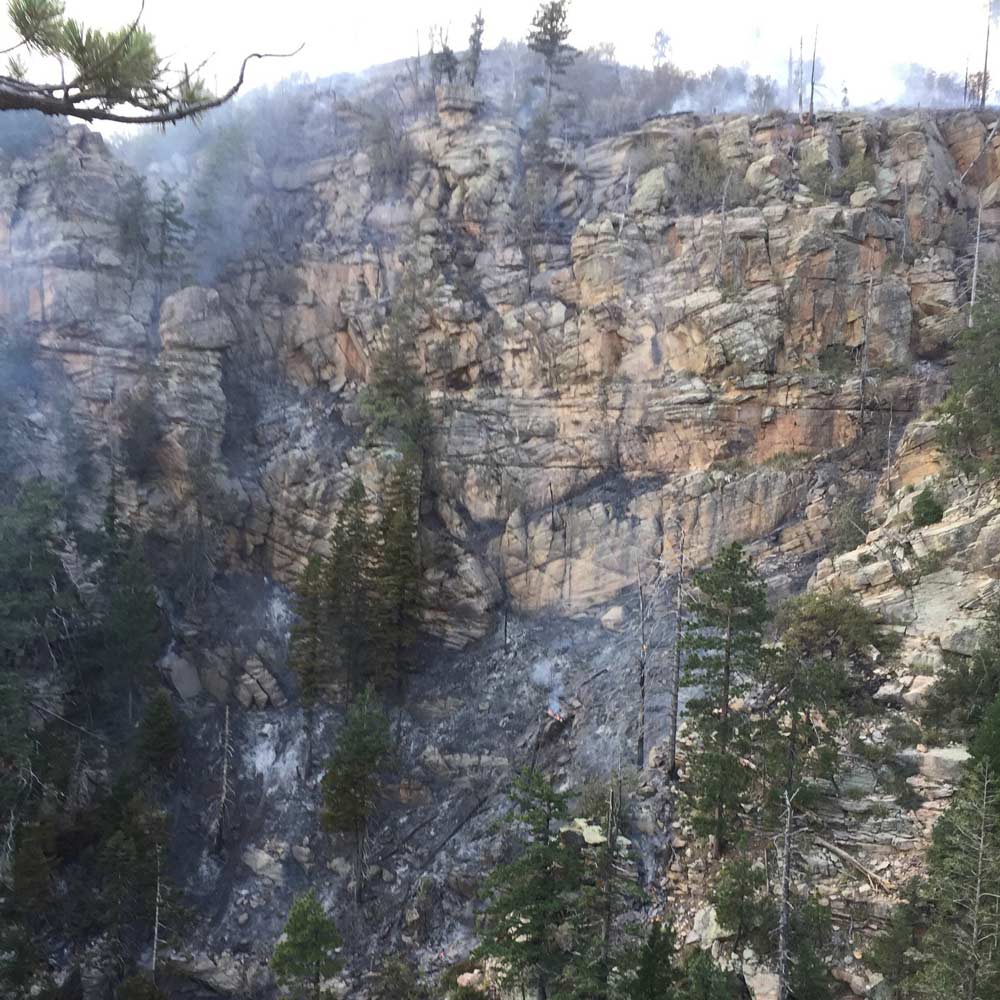 VIEW LARGER Fire can be seen at the top of a cliff as well as downslope, in this photo released by the Coconino County Sheriff's Department regarding rescue efforts following an ATV crash in the Blue Ridge area.

FLAGSTAFF — Authorities say a northern Arizona wildfire started by a weekend ATV crash is preventing them from reaching the scene, where the bodies of four people are believed to be.

The four people riding in the ATV were reported overdue Saturday afternoon.

Authorities are treating the scene as a recovery operation.

Paxton says the accident is likely what started the 10-acre blaze.

Fire Burning North of Bisbee Authorities Unsure What Led ATV to Go Off Arizona Cliff How Climate Change Could Affect Wildfires in Arizona
By posting comments, you agree to our
AZPM encourages comments, but comments that contain profanity, unrelated information, threats, libel, defamatory statements, obscenities, pornography or that violate the law are not allowed. Comments that promote commercial products or services are not allowed. Comments in violation of this policy will be removed. Continued posting of comments that violate this policy will result in the commenter being banned from the site.