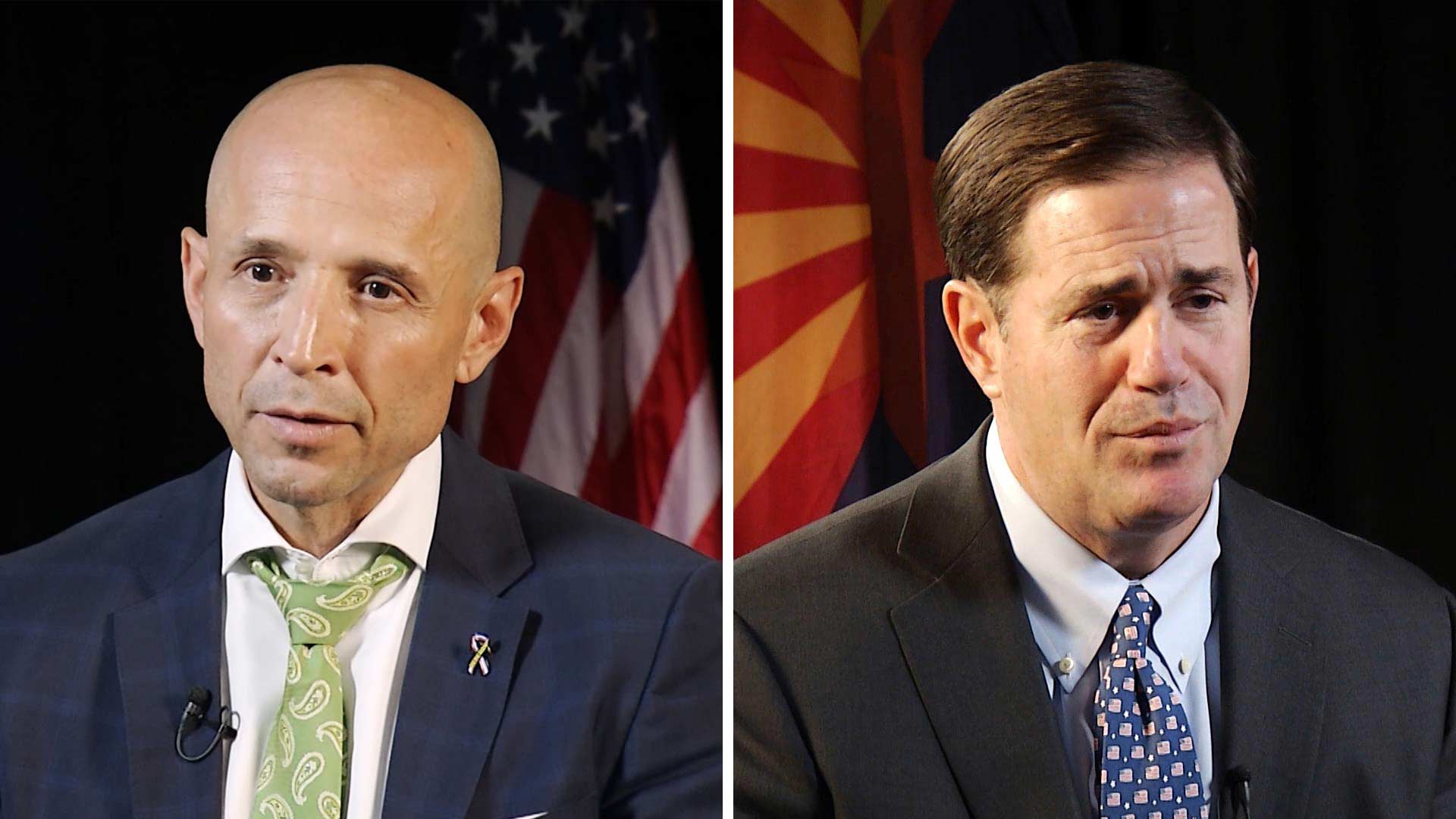 The poll of 550 likely general election voters gives Ducey 48.8 percent and Garcia 41 percent. Libertarian Barry Hess picks up 1.6 percent of the vote. Undecided voters make up 7.9 percent of those polled.

Early ballots go out in less than a month, and pollster George Khalaf said that is a lot of ground to make up.

"Anything is obviously possible. No one is going to take anything for granted, but I think it is going to be a fairly difficult lead for someone like Garcia to overcome," said Khalaf.

Last week, the Garcia campaign released a poll that had the two candidates virtually tied.

Ducey, Garcia Spar on Education Policy in Tucson Debate Polls Show Close Arizona Race for US Senate Ducey, Garcia Win Gubernatorial Primaries
By posting comments, you agree to our
AZPM encourages comments, but comments that contain profanity, unrelated information, threats, libel, defamatory statements, obscenities, pornography or that violate the law are not allowed. Comments that promote commercial products or services are not allowed. Comments in violation of this policy will be removed. Continued posting of comments that violate this policy will result in the commenter being banned from the site.