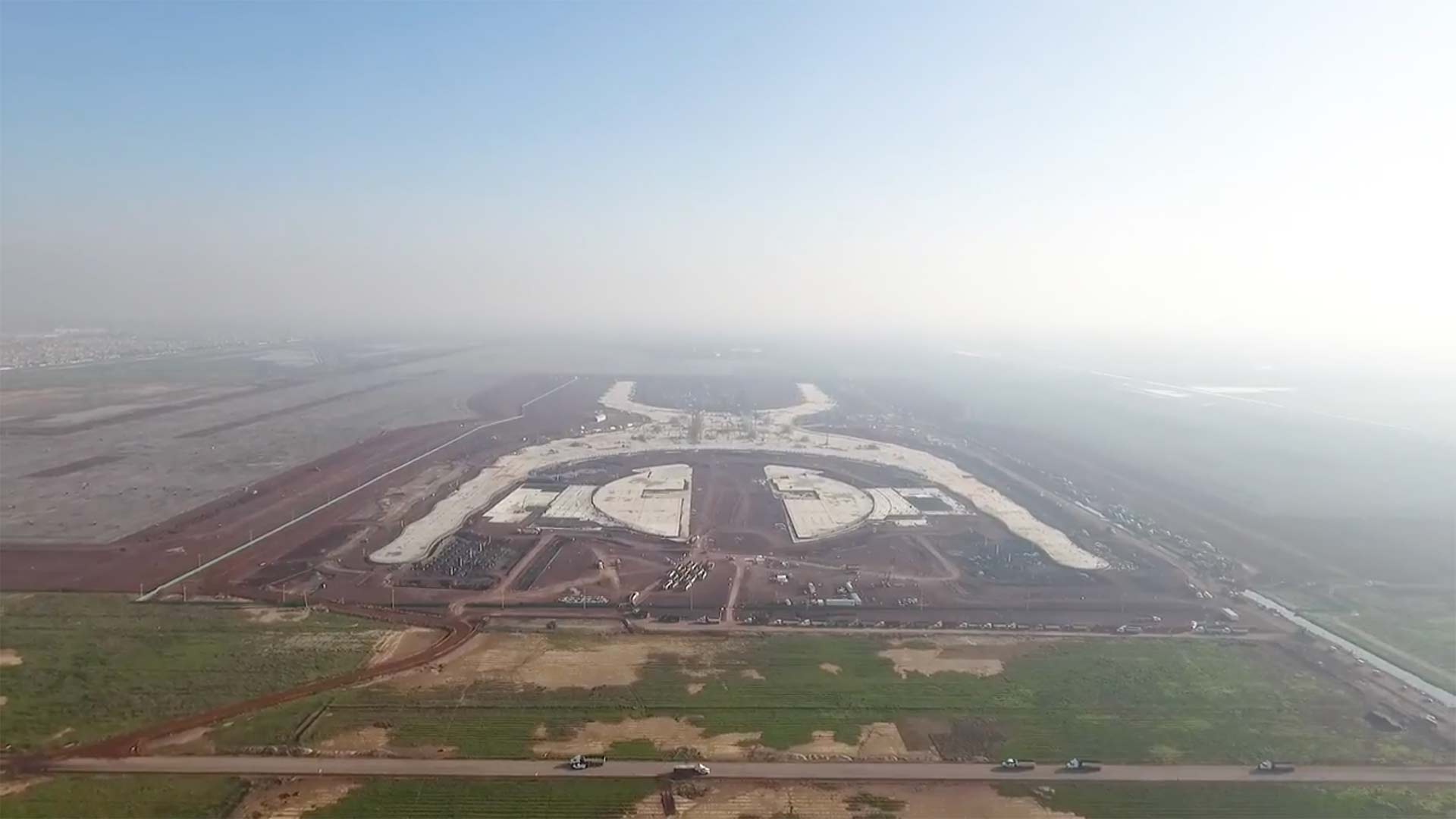 Screenshot of a promotional video showing construction on the new international airport in Mexico City, from the airport website.

Mexico’s current federal administration has been working on the construction of a new international airport in the country’s capital for years. It would replace the current one and reduce the flight saturation. But the newly elected government is threatening to cancel it, worrying business groups and civil organizations.

The new international airport at the outskirts of Mexico City is expected to be completed by 2020.

But president-elect Andrés Manuel López Obrador says his team is evaluating the project and he might even put it up for public consideration.

We want land and not planes, a group of farmers protesting outside López Obrador’s office said recently. One of them is Aida Juárez, who says only those with money have been authorized to speak, but not people like them. They are concerned on the impact to the environment and the rural communities by the airport.

But businessmen and investors, many of them from the U.S., have also raised their eyebrows, as billions of dollars are at risk if the project is cancelled.

Mexican Politics On the Agenda for Binational Meeting in Phoenix What Sonora's Support For Mexico's President-Elect Means for Arizona Understanding How the Results of Mexico's Elections Could Affect the US
By posting comments, you agree to our
AZPM encourages comments, but comments that contain profanity, unrelated information, threats, libel, defamatory statements, obscenities, pornography or that violate the law are not allowed. Comments that promote commercial products or services are not allowed. Comments in violation of this policy will be removed. Continued posting of comments that violate this policy will result in the commenter being banned from the site.