An Arizona researcher says it's only one approach to an dire problem that requires a variety of mitigation strategies. by Nicholas Gerbis, Arizona Science Desk TWEET SHARE 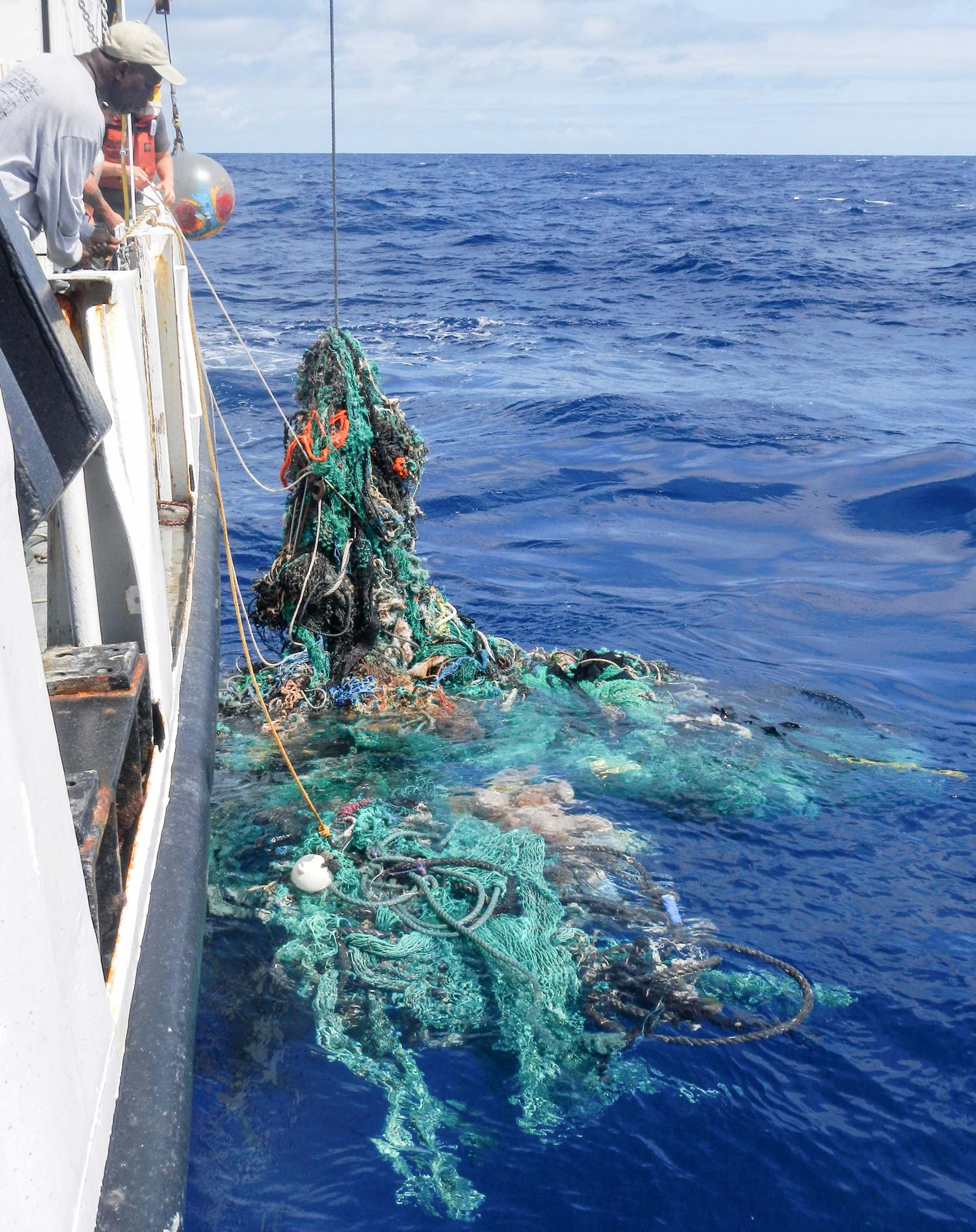 Researchers retrieve a fishing net from the Pacific Ocean in 2015.
The Ocean Cleanup

The nonprofit Ocean Cleanup is preparing to launch a 2,000-foot U-shaped strainer made of floating pipes and nets to clean up trash in the world's ocean.

The currents that move around the globe gather plastic into massive oceanic trash pools.

One Scientific Reports study estimates the gyre between California and Hawaii holds at least 79,000 tons of plastic, and it's only one of five or more such sites globally.

Some question whether the nonprofit's cleanup measures are the right place to focus efforts.

Rolsky added that the problem is so bad at this point we can't afford to get picky.

"I think that any type of creative approach to reduce the amount of plastic out there is worth looking into."

Attorney General: Bisbee Plastic-Bag Ban Violates State Law Tucson Seeks Reduced Plastic Bag Use Indigenous activists arrested in demonstration against border wall construction near Quitobaquito Springs
By posting comments, you agree to our
AZPM encourages comments, but comments that contain profanity, unrelated information, threats, libel, defamatory statements, obscenities, pornography or that violate the law are not allowed. Comments that promote commercial products or services are not allowed. Comments in violation of this policy will be removed. Continued posting of comments that violate this policy will result in the commenter being banned from the site.