Tucson, Hermosillo Beer Makers Work Together to Brew Up Business

An international "collabrew" crosses the border, expanding brewing community and tapping into a growing market for artisanal beers in the border region. by Murphy Woodhouse, Fronteras Desk TWEET SHARE 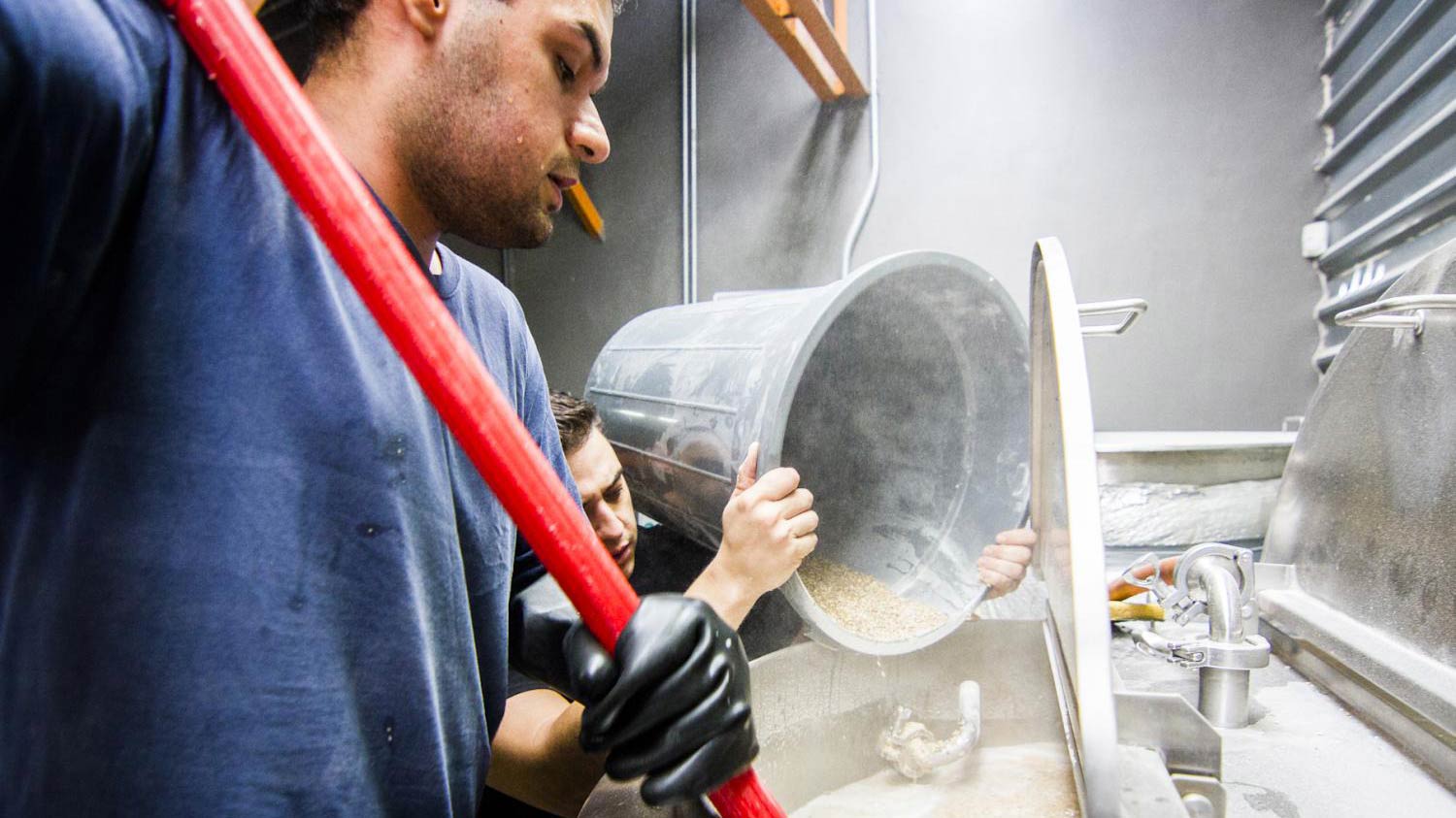 In the cramped but functional second story of Hermosillo’s Buqui Bichi Brewing several weeks ago, brewmaster Damian Erro turned a steaming, savory mash with a large red paddle. It would soon become Sahuaripa IPA, one of the up-and-coming business’ signature brews.

“It’s a beer with a complex mix of malts and hops that give it an interesting flavor,” he said, doing his best to keep the sweat out of his eyes.

There’s a vibrant homebrew scene in Hermosillo, but many enthusiasts are operating at the margins of the law when they sell their suds. Buqui Bichi is essentially alone in operating both its own brewery and taproom in full legal compliance.

Because local microbrew expertise was limited when the business was still a dream five or so years ago, founder Luis Osuna said the advice Buqui Bichi got early on from Tucson’s Borderlands Brewery and its president, Mike Mallozzi, proved a big help.

“Us meeting with Borderlands really speaks about the great sense of community that it is among brewers,” Osuna said. “Because it was just me going there to have a beer at the taproom, and the bartender put me in touch with Mike.” 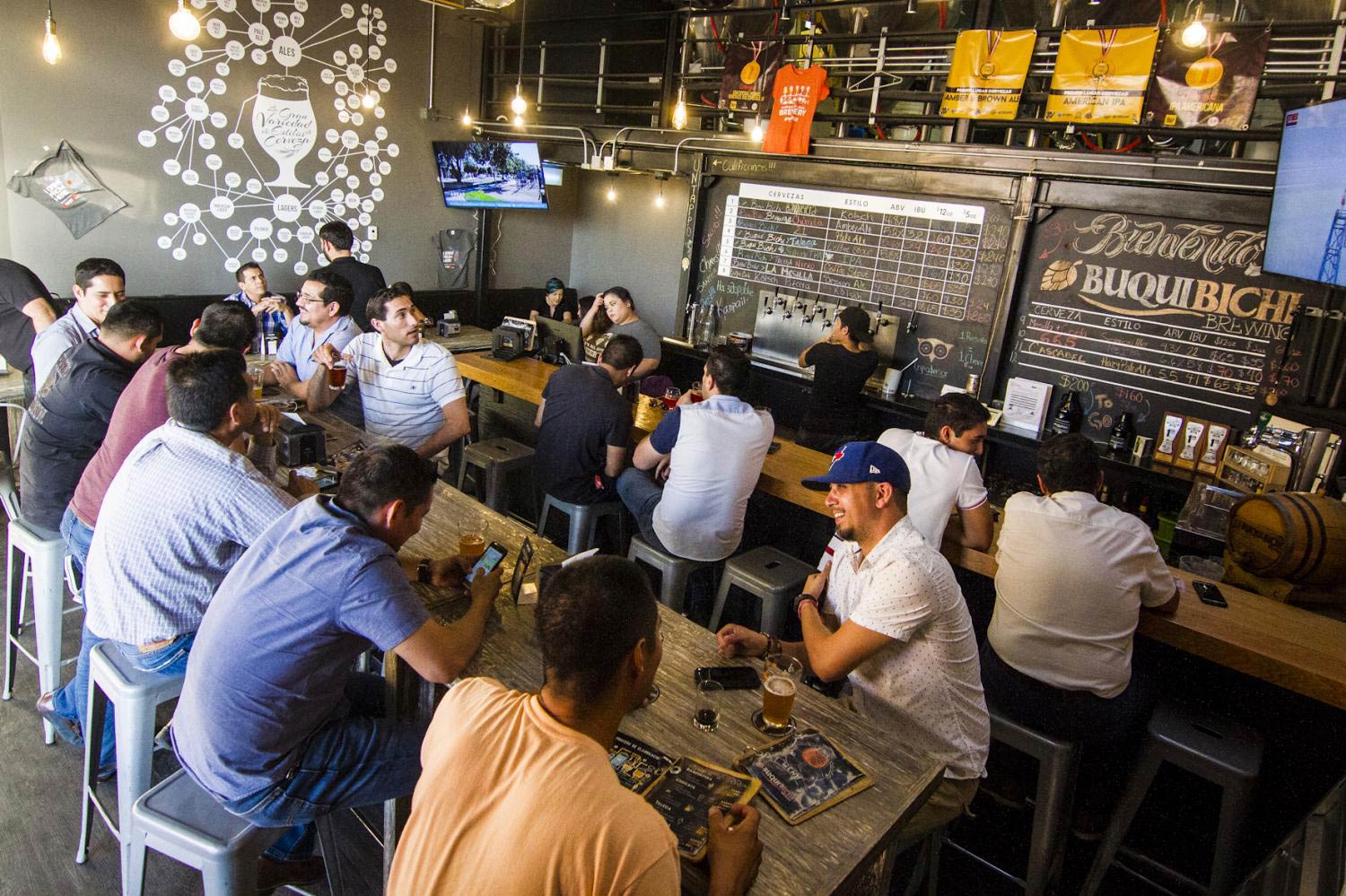 Early meetings and emails between Osuna and Mallozzi covered the basics of getting a brewery off the ground.

“How to work a relationship with your grain vendor, for example, where to find the best equipment, how do you secure loans, investor relations,” Mallozzi said. “I mean, the thing about opening a new brewery is that there are so many facets to it.”

But there were also some challenges unique to Sonora. For example, the necessary manufacturing license used to cost $40,000 U.S. dollars, a sum that could break a new craft operation, according to Osuna.

He said some good, old-fashioned lobbying helped change Sonoran state law to bring that price down for him and fellow microbreweries.

“And then we went through the regular procedure of getting a municipal permit, which was probably more of a pain and took longer than actually changing the law,” Osuna joked.

Back at the taproom on a recent July weekend, Gabriel Retes and his wife Mary Molina were out celebrating her birthday. Retes has been a regular since the brewery opened two years ago, and called its offerings the best in town.

“Here in Hermosillo and Sonora, Baja California, everybody knows artisanal beers,” he said. “And everyday it gets more popular.” 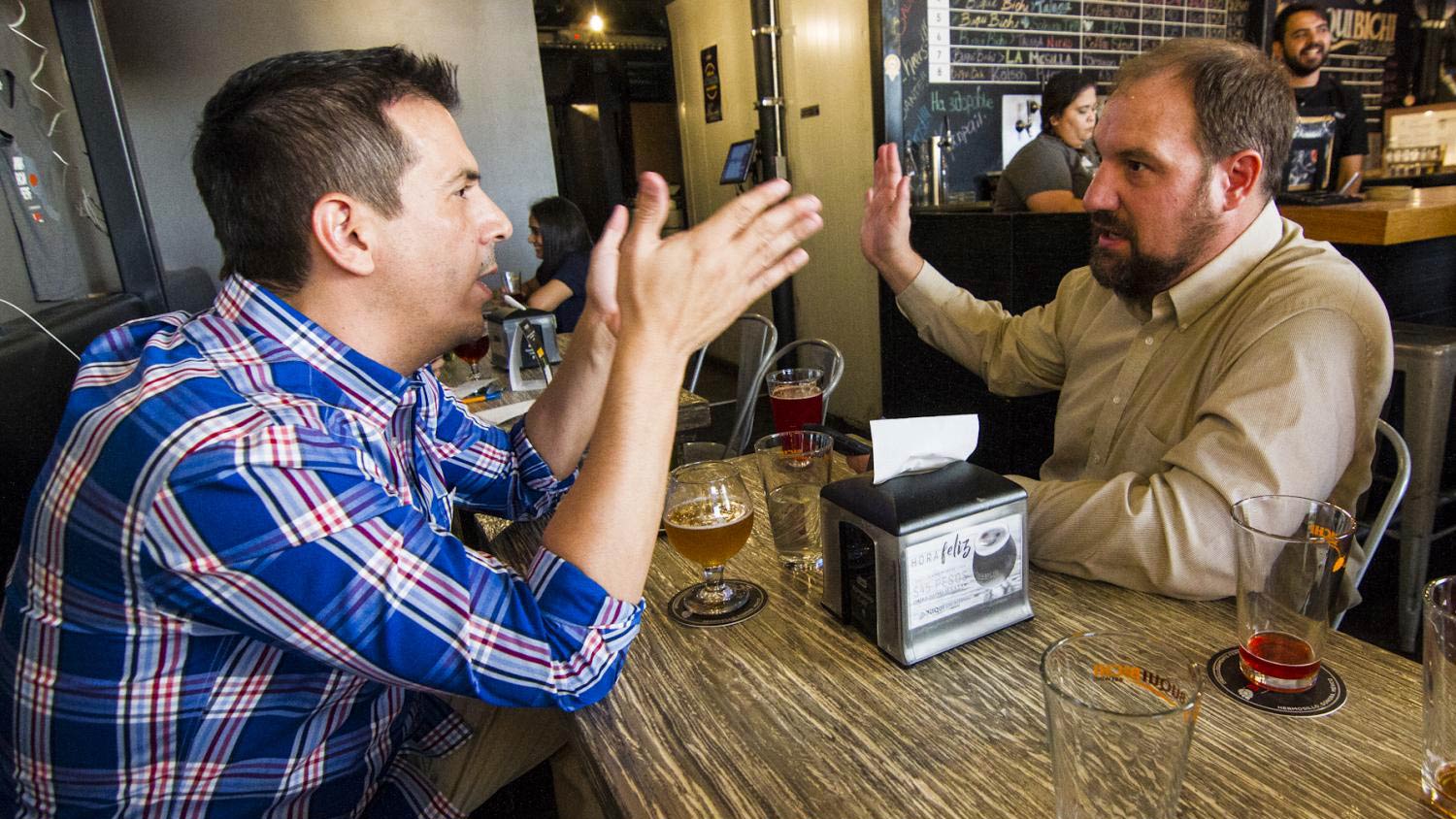 And that’s what Mallozi and Osuna are banking on. This fall, the two businesses are rolling out a co-branded beer, which will be known as Luxero north of the border and as Spring Breaker to the south. A collab-brew is the punny term for that sort of collaboration.

With major expansions planned, both Buqui Bichi and Borderlands are also eyeing their respective neighbor countries as promising markets for increased output.

“The plan here is to have a constant flow of beer from Borderlands to Mexico,” Osuna said.

On the other side of the line, Borderlands has been inviting Buqui Bichi to Arizona craft beer competitions to help them get their name out, and often has their beer on tap.

“Luis and I both see that crossing the international border is actually the most logical place to expand territory, because there's a built-in market for it,” Mallozzi said. “It doesn't require as much shipping as it does to get to Albuquerque, or San Diego or LA or Las Vegas.”

With trade tensions rising along the U.S.-Mexico border and around the world, Mallozzi said that cross-border beer can also serve as a refreshing trade ambassador.

Modernizing Mexican Moonshine: The Future Of Bacanora In Sonora And Beyond Two Breweries Cross Border to Tap Spirit of Collaboration Tucson Team Takes Prize for Wastewater-to-Beer Idea
By posting comments, you agree to our
AZPM encourages comments, but comments that contain profanity, unrelated information, threats, libel, defamatory statements, obscenities, pornography or that violate the law are not allowed. Comments that promote commercial products or services are not allowed. Comments in violation of this policy will be removed. Continued posting of comments that violate this policy will result in the commenter being banned from the site.