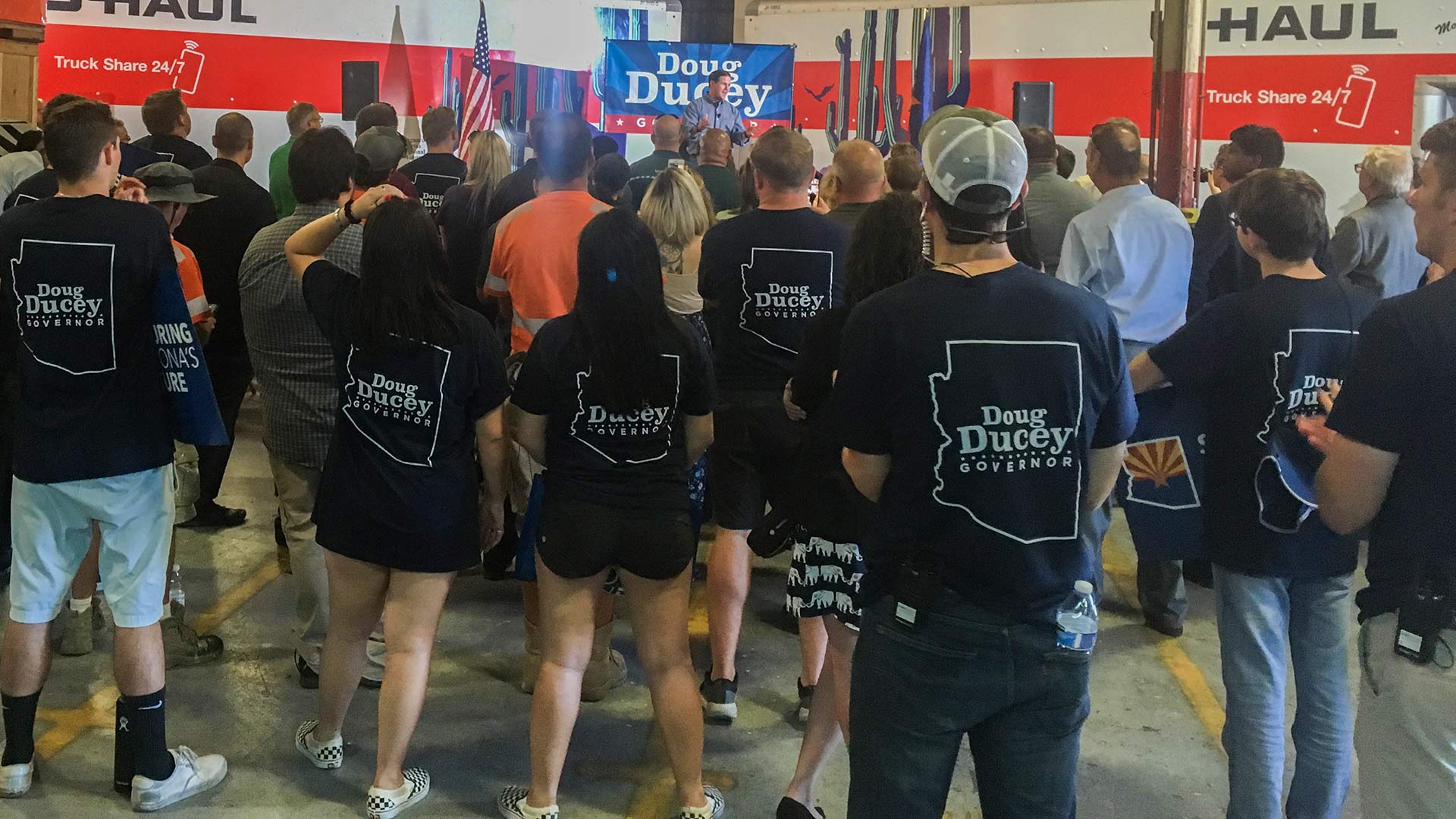 Standing inside a U-Haul facility in Tucson, Gov. Doug Ducey told the gathered crowd that he is ready to do more when it comes to education.

"Over the next four years, I will continue to increase K-12 education spending above and beyond inflation and I'll veto any budget that doesn't do so," Ducey said.

Ducey did not say how he would pay for that plan.

When the "Red for Ed" teacher strike began earlier this year, Ducey came up with a plan to give teachers a 19 percent raise over the next three years.

That money for raises was on top of the 1 percent raise state lawmakers and the governor gave teachers for the current school year.

He was introduced by Stuart Shoen, a member of the family that founded U-Haul following World War II. Shoen gave the Ducey campaign $5,100 in December of last year. Other family members made similar contributions.

The event was at a U-Haul warehouse off Prince Road. Ducey held a similar event earlier in the day at a U-Haul facility in the Phoenix area.

Arizona Fails to Allocate Early Childhood Education Funds Efficiently, Report Finds Poll Shows Education Funding a Major Factor in Race for Arizona Governor Arizona Kids Doing Poorly
By posting comments, you agree to our
AZPM encourages comments, but comments that contain profanity, unrelated information, threats, libel, defamatory statements, obscenities, pornography or that violate the law are not allowed. Comments that promote commercial products or services are not allowed. Comments in violation of this policy will be removed. Continued posting of comments that violate this policy will result in the commenter being banned from the site.