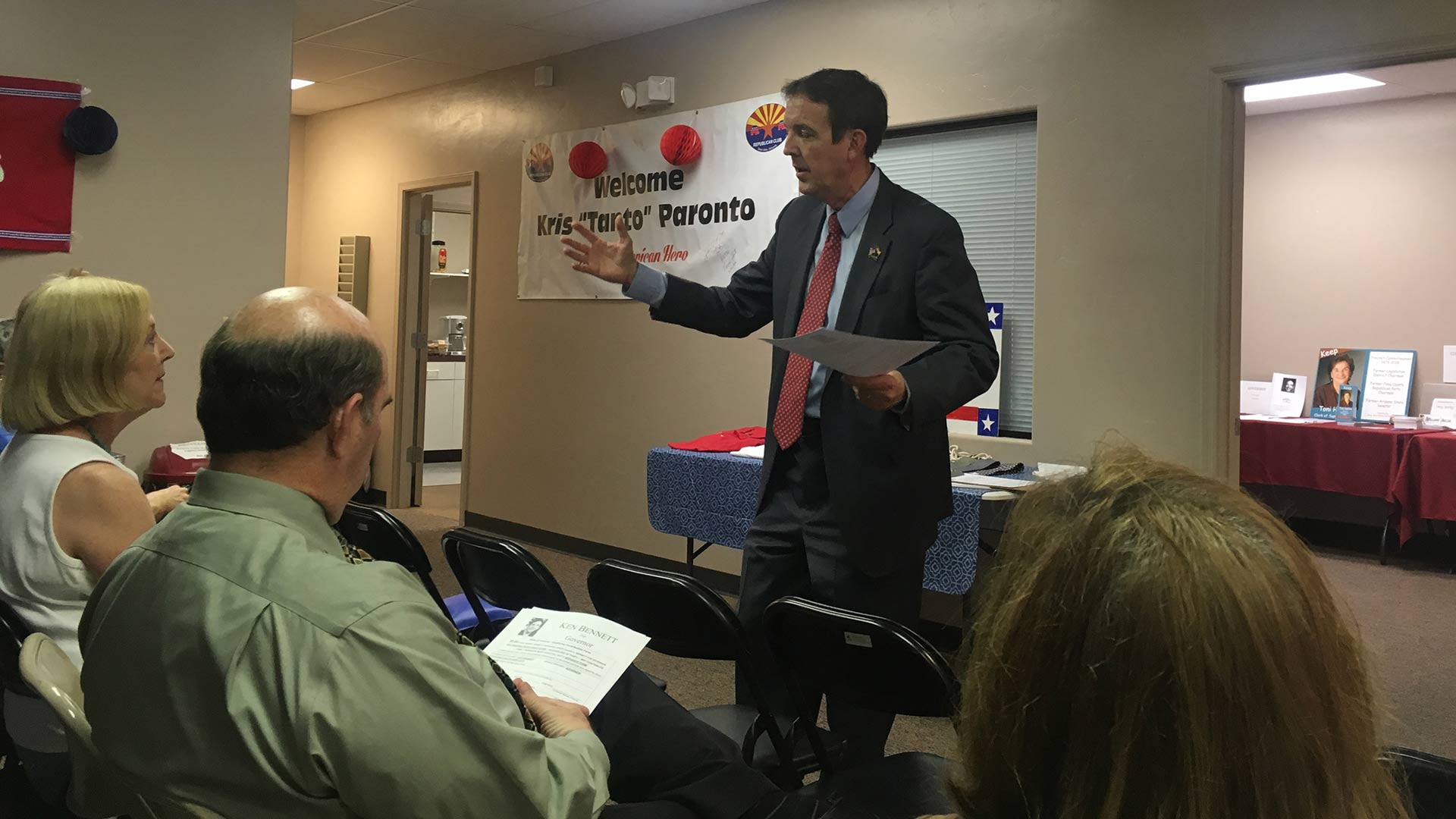 Republican gubernatorial candidate Ken Bennett began his speech at Green Valley Republican headquarters by saying he will not take people's guns away. Instead, he wants more guns in schools.

Bennett's school safety plan would allow teachers and school staff to be trained and carry concealed weapons. He also said those who qualify could get a tax break.

"Some of the expenses of buying the gun or taking the courses to keep trained on an ongoing basis could be done with a little bit of a tax relief of some sort," said Bennett.

Bennett said the tax break and putting more law enforcement officers in schools could be paid for without new dollars.

"I will look to areas to make government more efficient and free up dollars to accomplish these higher priorities," he explained.

Bennett is challenging Gov. Doug Ducey in the August primary.

Ducey tried to get state lawmakers to pass a school safety plan this year that included more cops in schools. Ducey's plan also would allow courts to seize a person's weapons if that person was deemed a threat by a judge.

The plan did not pass the Legislature.

Farley, Garcia Buy Ads in Arizona Gubernatorial Primary Ducey Promises More Education Funding In Campaign Stop Ruling Expected in Lawsuit Over Ann Kirkpatrick's Candidacy
By posting comments, you agree to our
AZPM encourages comments, but comments that contain profanity, unrelated information, threats, libel, defamatory statements, obscenities, pornography or that violate the law are not allowed. Comments that promote commercial products or services are not allowed. Comments in violation of this policy will be removed. Continued posting of comments that violate this policy will result in the commenter being banned from the site.