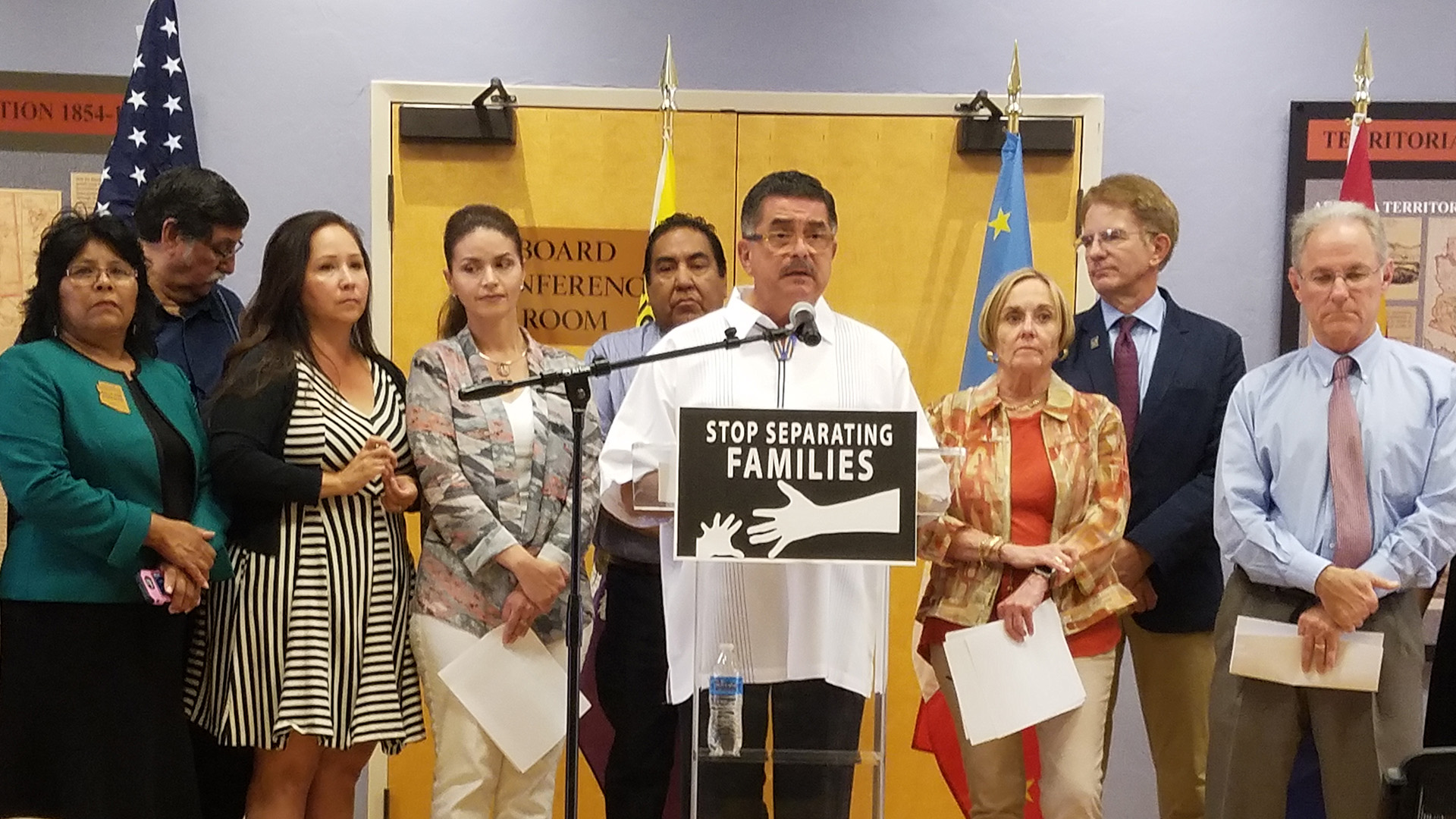 Elected officials from six different government bodies in Southern Arizona gathered Thursday to condemn a federal policy that has resulted in an increase in the number of children separated from their parents after crossing into the U.S. illegally from Mexico.

The Trump administration's decision to enforce a zero-tolerance policy on prosecuting those who cross into the country illegally — including those who are seeking asylum. — has resulted in a spike of children separated from their parents after crossing into the U.S.

"You only hear that in foreign countries where they do things like this," said Pascua Yaqui Tribal Council Vice Chair Peter Yucupicio. "And all of the sudden it's happening in this time, in this term. We have to do something about it."

Officials from Pima County and the city of Tucson say they will vote on an ordinance condemning the policy at meetings next week.

Grijalva: 'No Confidence' in Homeland Secretary Nielsen 2,000 Kids Separated From Parents at Border in Less Than 2 Months Pima Supervisors to Vote on Grants Targeting Illegal Immigration, Drug Trafficking
By posting comments, you agree to our
AZPM encourages comments, but comments that contain profanity, unrelated information, threats, libel, defamatory statements, obscenities, pornography or that violate the law are not allowed. Comments that promote commercial products or services are not allowed. Comments in violation of this policy will be removed. Continued posting of comments that violate this policy will result in the commenter being banned from the site.