2 Highways in Eastern Arizona Remain Closed Due to Wildfires

The fires on Monday forced the closures of State Routes 277 and 377 northeast of Heber. by Associated Press TWEET SHARE 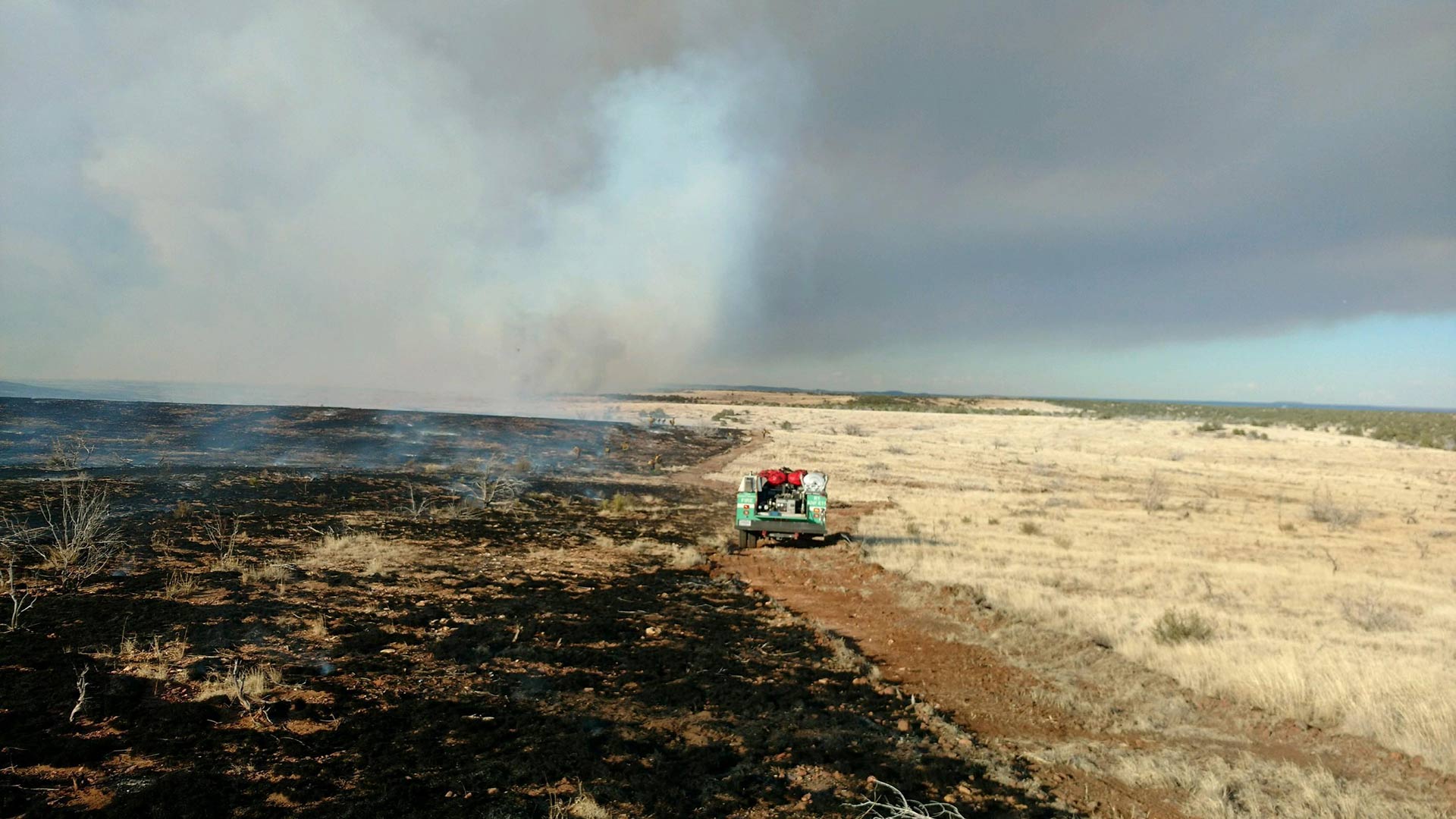 An image of a fire truck on the "377 Fire," which the Forest Service says comprises various wildfires, June 4, 2018.
Inciweb

PHOENIX — Authorities say there's no estimate when two eastern Arizona highways will reopen after being closed due to brush fires.

The fires on Monday forced the closures of State Routes 277 and 377 northeast of Heber. SR 377 funnels traffic to and from Interstate 40.

Officials said the fires were ignited by sparks from a trailer part being dragged by a truck.

Several ranches were evacuated because of the fires, which burned 2.3 square miles as of Tuesday. Utility crews were working to damaged power lines.

A shelter for animals and people was opened at the Navajo County Fairgrounds in Holbrook.

Ducey Warns of High Wildfire Danger in Arizona This Summer Wildfire Managers Talk Preparedness During Peak Season Drought Drives Critical Summer Wildfire Forecast
By posting comments, you agree to our
AZPM encourages comments, but comments that contain profanity, unrelated information, threats, libel, defamatory statements, obscenities, pornography or that violate the law are not allowed. Comments that promote commercial products or services are not allowed. Comments in violation of this policy will be removed. Continued posting of comments that violate this policy will result in the commenter being banned from the site.