The new setup should improve distance by a factor of 10, an astronomer on the project said. by Associated Press Tweet 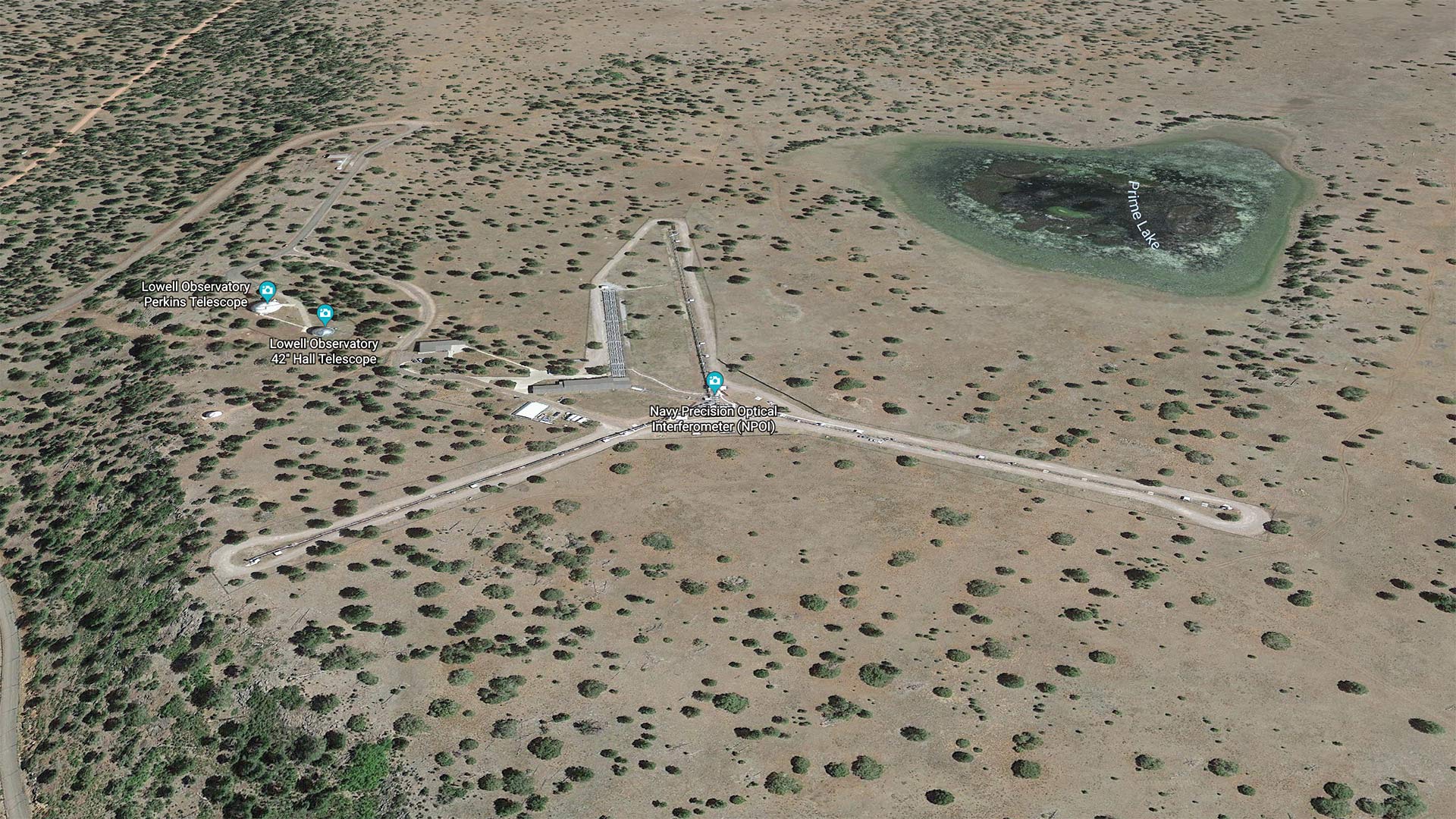 Google Earth view of the Navy Optical Precision Interferometer outside of Flagstaff.

FLAGSTAFF — A telescope array atop Anderson Mesa in northern Arizona is getting a major upgrade more than 20 years after it was built.

The massive "Y'' shape of the Navy Optical Precision Interferometer stretches across the equivalent of four football fields southeast of Flagstaff, the Arizona Daily Sun reported.

The telescopes that make up the arms of the "Y'' collect light from distant stars, and then bounce it around on mirrors before sending it through vacuum-sealed tubes to a central laboratory.

Three more large mirrors, measuring about a meter in diameter each, will be installed along the arms of the telescope array over the next several months. The first new mirror with its accompanying hardware was delivered to the site Tuesday.

The mirrors will allow the telescope to see fainter stars and to see deeper into the sky, said Gerard van Belle, an astronomer at Lowell Observatory, a partner on the project. The mirrors will increase the amount of light the system can capture by about by 50 times.

Currently, the system can only measure stars that are bright enough to be seen with the naked eye. The telescope is already capable of seeing a distance equivalent of being able to view an orange in New York City from Flagstaff.

The telescope's observations have been used to create and update star catalogues, which are used in a range of applications such as navigation for deep space missions and determining the location of the satellite array used by GPS systems.

With the upgrade, the system may be able to observe deep space objects that have been too dim for the telescope, according to the Naval Research Laboratory and the U.S. Naval Observatory, the two other partners on the project.

Objects like binary stars, nebulae and star clusters have previously been difficult to pinpoint and map, said Paul Shankland, director of the Naval Observatory's Flagstaff Station.

The $3.25 million project was funded through a grant from the Naval Research Laboratory.

University of Arizona astronomers study hypergiant stars UA researchers receive grant to build new space telescope Star Betelgeuse's mysterious dimming has the attention of UA astronomer
By posting comments, you agree to our
AZPM encourages comments, but comments that contain profanity, unrelated information, threats, libel, defamatory statements, obscenities, pornography or that violate the law are not allowed. Comments that promote commercial products or services are not allowed. Comments in violation of this policy will be removed. Continued posting of comments that violate this policy will result in the commenter being banned from the site.