Don Shooter says if Republicans can get him the signatures, he'll run for Arizona state Senate. by Associated Press TWEET SHARE 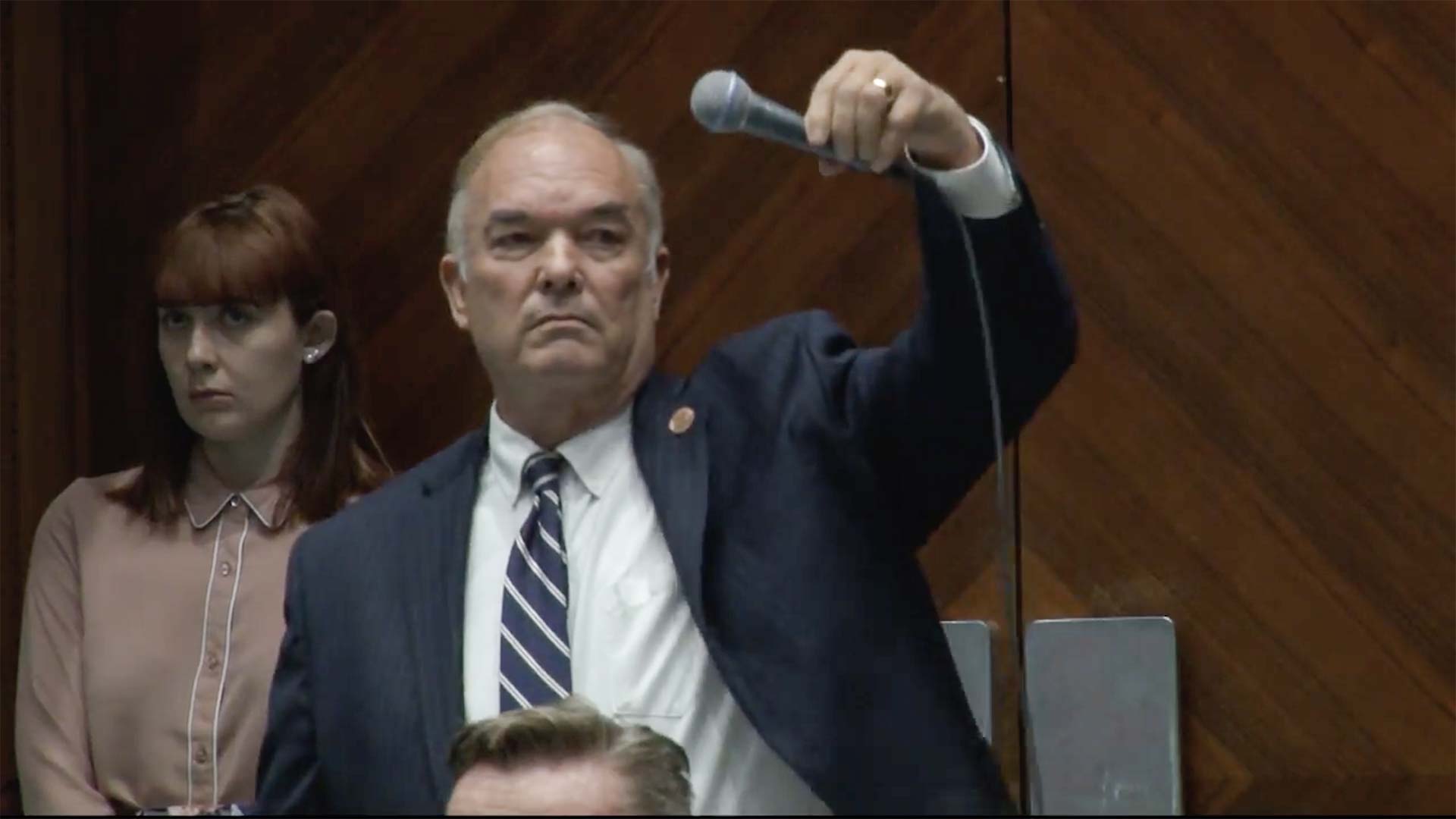 Don Shooter drops his microphone after speaking on the floor of the Arizona House prior to a vote to expel him, Feb. 1, 2018.
Cronkite News

PHOENIX — Former Arizona legislator Don Shooter, who was expelled for sexual misconduct, says he's willing to serve at the statehouse again if a small group of Republicans can gather enough petition signatures for him to qualify for the ballot.

The Arizona Capitol Times reports that the former representative said earlier this month that he wouldn't run for public office again. Shooter has since said he'd be willing to serve again, but only if a small group of supporters gathers his petition signatures.

Shooter was the first state lawmaker in the United States to be expelled for sexual misconduct since the #MeToo movement began.

A state House investigation found Shooter had sexually harassed colleagues and lobbyists. Shooter has filed a notice of claim — as a precursor to a lawsuit — against the House speaker and Gov. Doug Ducey's chief of staff, seeking $1.3 million over his exit from the Legislature.

Shooter wouldn't say how many signatures he already gathered prior to his expulsion or speculate on the odds he'll gather the 474 petitions necessary to qualify for the Republican primary.

"I don't know, but we're going to find out," he said. "Then we'll find out if the voters really care about the stuff that's happened or if they care about having an effective Legislature."

If he qualifies, Shooter would be a candidate for the district's state Senate seat, which he held from 2013 to 2017 before serving in the House.

Constantin Querard, Shooter's former consultant who now represents incumbent Sen. Sine Kerr, said his recollection is that Shooter had somewhere between 400 and 500 signatures collected last year — a candidate would be well served to submit at least 700 to make up for invalid signatures.

Judge: Ousted Arizona Lawmaker Can Run for State Senate Judge Mulls Allowing Expelled Arizona Lawmaker on Ballot Former Rep Don Shooter, Expelled for Harassment, Files $1.3M Claim
By posting comments, you agree to our
AZPM encourages comments, but comments that contain profanity, unrelated information, threats, libel, defamatory statements, obscenities, pornography or that violate the law are not allowed. Comments that promote commercial products or services are not allowed. Comments in violation of this policy will be removed. Continued posting of comments that violate this policy will result in the commenter being banned from the site.