NASA will test the aircraft's feasibility with up to five flights in 30 days and use it for mission planning and rover navigation. by Nicholas Gerbis, Arizona Science Desk Tweet 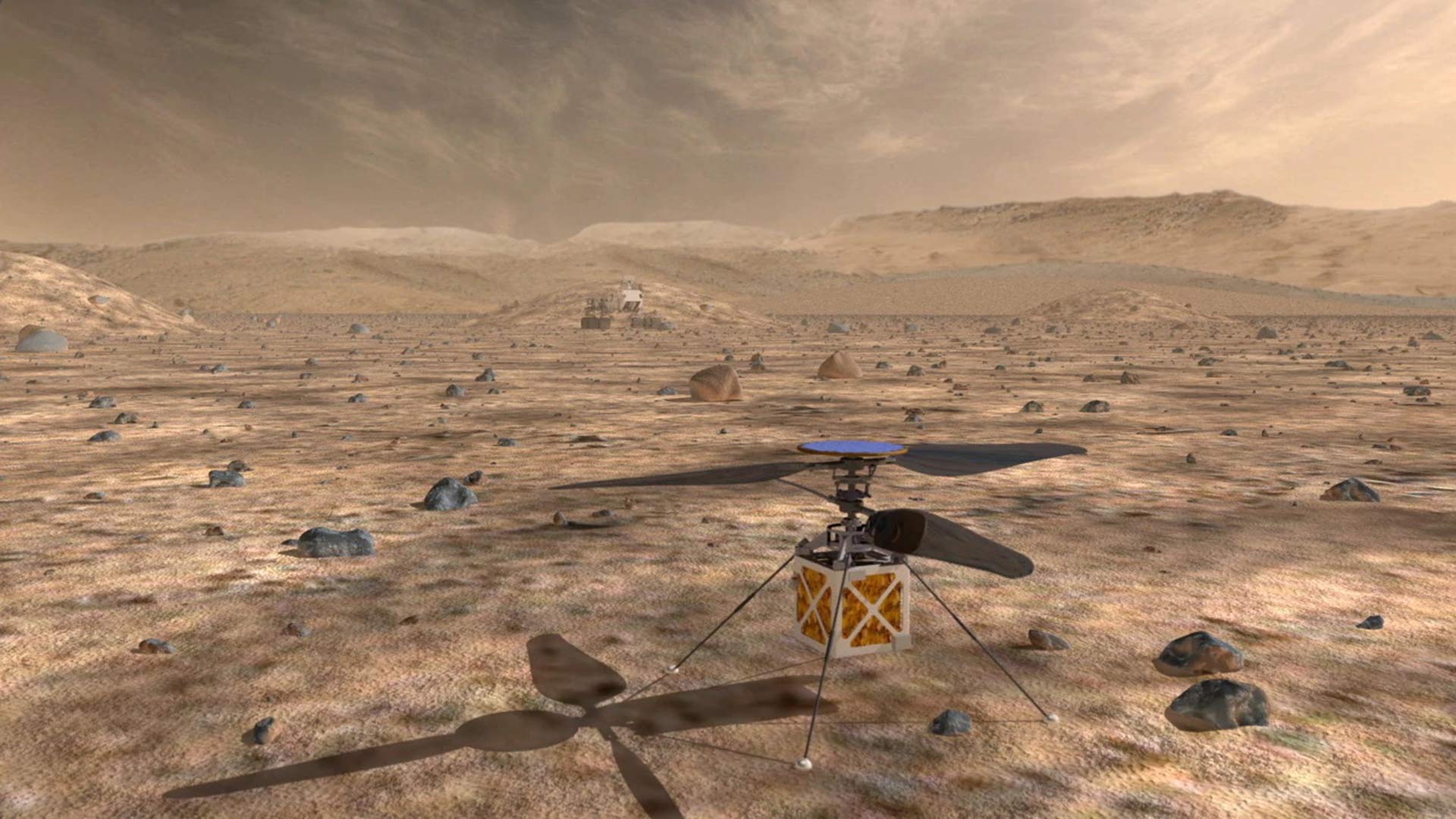 A helicopter drone could triple the distances that Mars rovers can drive in a Martian day and help pinpoint interesting targets for study.
NASA, JPL-Caltech

When the next Mars rover launches in 2020, it will sport a sidekick: a football-sized scout helicopter.

NASA will test the chopper's feasibility on the Red Planet and use its bird's-eye view to improve mission planning and rover navigation.

James Bell, a professor in Arizona State University's School of Earth and Space Exploration, is principal investigator on Mastcam-Z, the main camera system that will serve as the rover's eyes.

He said such tech demos are not uncommon.

"NASA does this. They'll fly different systems, subsystems or pieces of payload as a demo, so that you can try to work out the bugs, so it can be used on a future mission. For example, the first rover that went to Mars — the Mars Pathfinder Sojourner rover in 1997 — that rover was a technology demonstration rover."

The Spirit and Opportunity missions — and, later, the Curiosity rover — were the fruits of that research.

The 2.2-pound (1.0-kilogram) vehicle will sport twin counter-rotating blades spanning 3.6 feet (1.1 meters) tip-to-tip. It will ride to Mars strapped to the belly of the rover, which will drop it off following a successful landing.

Over a 30-day test window, the drone copter will make up to five flights, each lasting around 90 seconds.

Flight on a planet packing three-eighths Earth's gravity might sound simple, but Mars also holds an atmosphere that is 1 percent as dense as our home planet's. That means the helicopter will have to fly at the Earth equivalent of 100,000 feet — 60,000 feet higher than any Earth-bound chopper has ever flown.

To cope, engineers spun up the blades to 2,400 RPM and cut weight. But the solar-powered drone still faces several challenges, including landing on rough terrain, surviving temperatures that plunge to -160 degrees Fahrenheit at night and carrying out orders autonomously.

Bell said that last requirement could be the trickiest.

"It's a long way from home, so it can't be joysticked; it has to have the autonomy to be able to get a command and take off, take some pictures and move to a different location, land safely, not put the rover in any danger by its own actions, and then communicate back to the rover — and pretty much in a self-contained, automated way."

UA Mars Camera Watching Dust Storm From Orbit Scientists Discover Liquid Lake Under Mars Ice HiRISE Camera Reveals Ice Buried in Mars Cliffs
By posting comments, you agree to our
AZPM encourages comments, but comments that contain profanity, unrelated information, threats, libel, defamatory statements, obscenities, pornography or that violate the law are not allowed. Comments that promote commercial products or services are not allowed. Comments in violation of this policy will be removed. Continued posting of comments that violate this policy will result in the commenter being banned from the site.