Tucson Students Walk Out of Class to Protest Gun Violence

In part of a nationwide protest, hundreds gather at the UA mall; others march. by Brandon Mejia TWEET SHARE 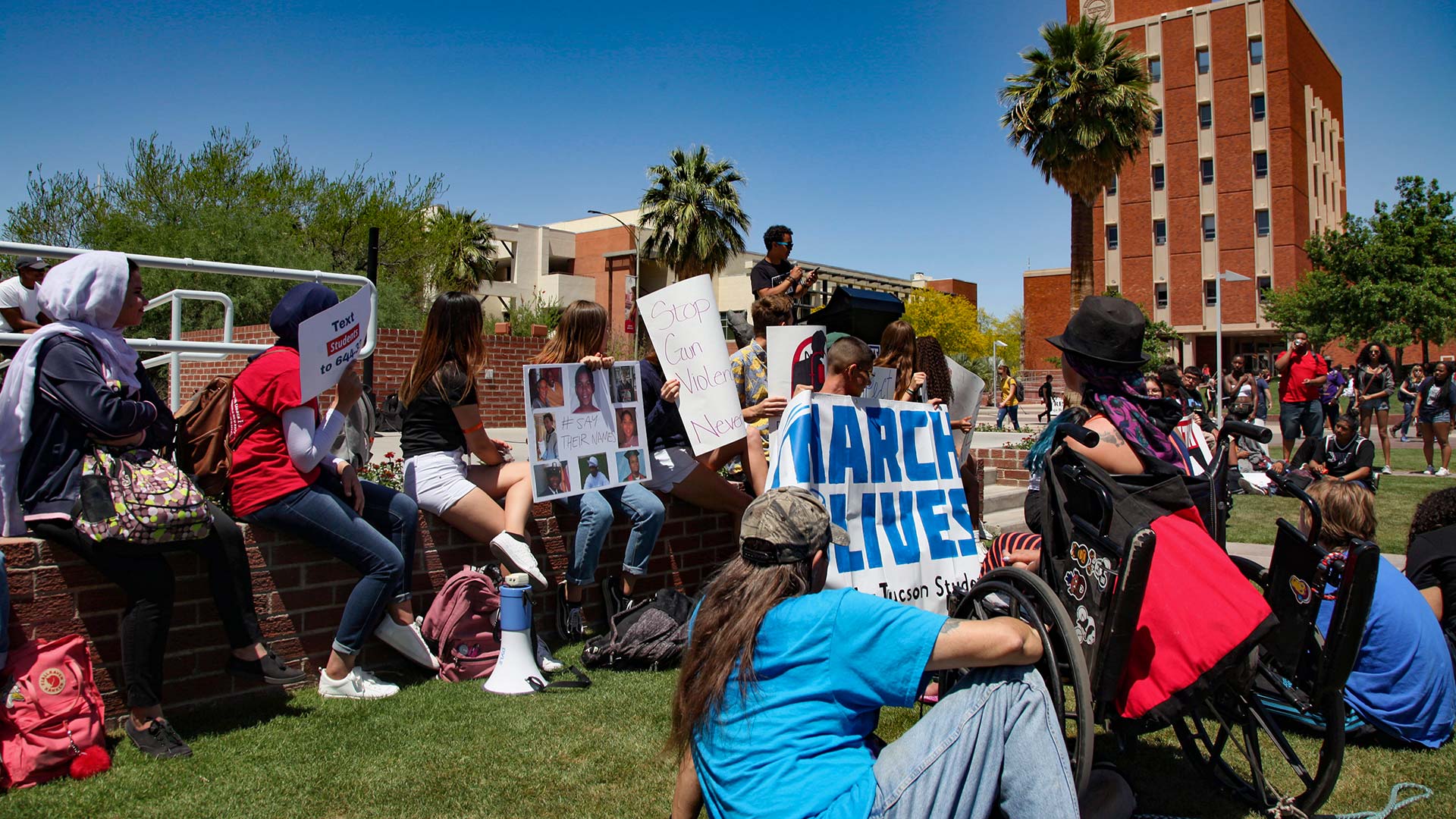 Tucson high school students gather on the University of Arizona mall to listen to discussions about gun violence from speakers who included survivors of previous shootings, an organizer said, April 20, 2018.
Nick O'Gara, AZPM

Students from Tucson-area high schools walked out of class Friday in part of a nationwide protest against gun violence.

Students from Tucson High Magnet School walked out of class at noon and participated in a silent march to the federal building in downtown Tucson and then the University of Arizona mall, according to Haben Giam, vice president for the Black Student Union at the University.

They organized the rally and communicated with local high school students. 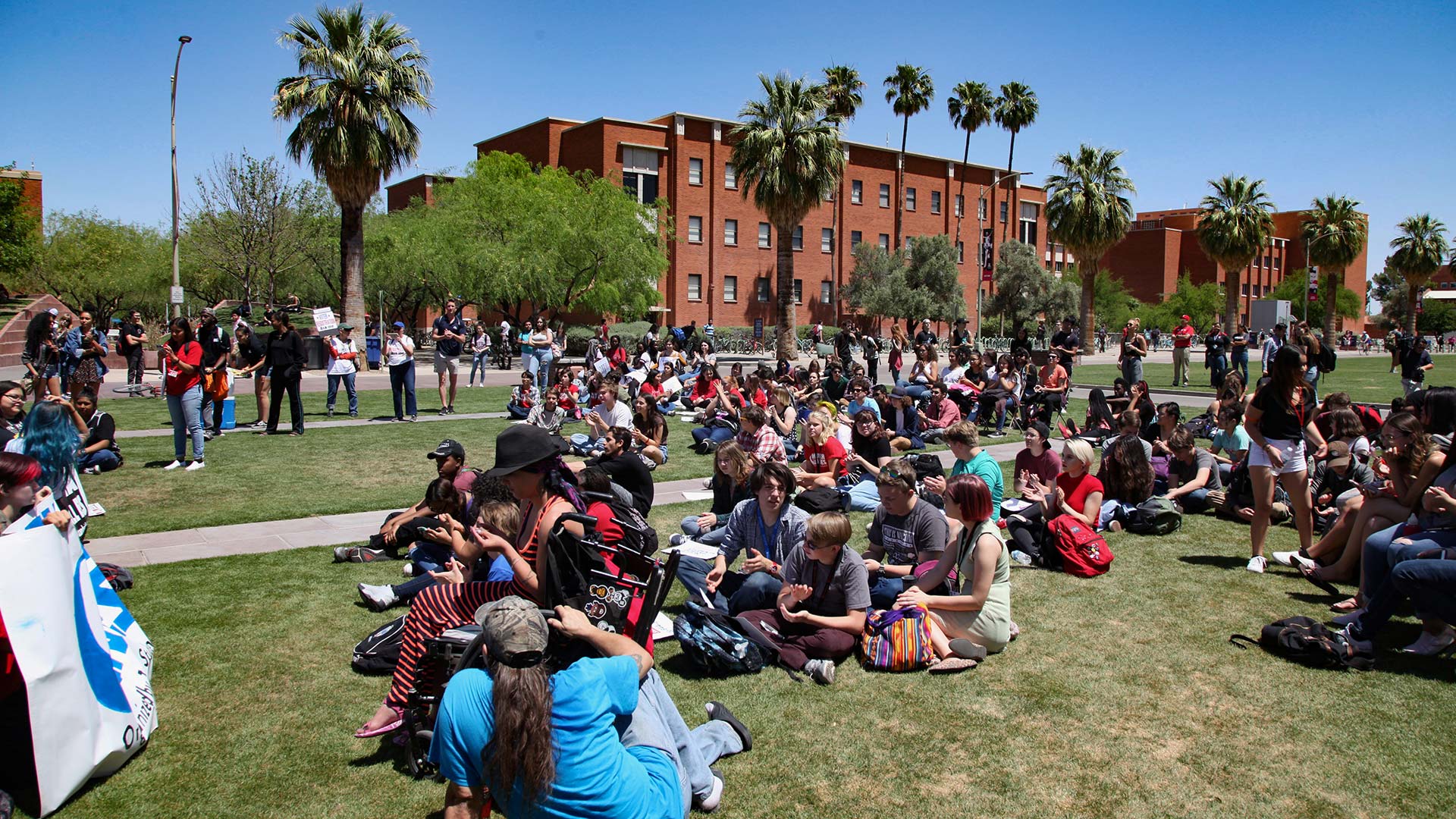 Close to 200 high school students gathered at the UA mall, all wanting the same thing, according to Giam.

"There is a lot of them saying, [high school students] are going to leave school and not go back until there is a decent gun reform," Giam said. "They are not willing to wait".

Students were able speak up, connect and engage with student activists at the university according to Giam. "One speaker was a survivor from the Aurora shooting in Colorado," Giam said.

Another walkout in Tucson included students from Rincon, Sabino and University high schools who reached out to classmates and the public, according to Deja Foxx, a senior at University High School and organizer for the walkout.

Students walked out of class at 2 p.m. and marched with signs to Rep. Martha McSally's office according to Foxx.

"We see gun violence as an intersectional issue," Foxx said. "We want to see common-sense regulation that will keep us safe in school."

She says that means banning military-grade weaponry and not arming teachers.

"The Second Amendment was written in a time when those guns weren’t even conceived," Foxx said.

Foxx is 18 years old and says she will vote this year. She and other students taking part are making signs telling McSally what she needs to do to get their vote.

Local organizers say it was part of a nationwide walkout that started with a petition through change.org. That petition received more than 250,000 signatures and has resulted in more than 2,500 planned walkouts.

Marching for Their Lives Marching for Their Lives Tucson Students Joining National March for Our Lives Saturday
By posting comments, you agree to our
AZPM encourages comments, but comments that contain profanity, unrelated information, threats, libel, defamatory statements, obscenities, pornography or that violate the law are not allowed. Comments that promote commercial products or services are not allowed. Comments in violation of this policy will be removed. Continued posting of comments that violate this policy will result in the commenter being banned from the site.